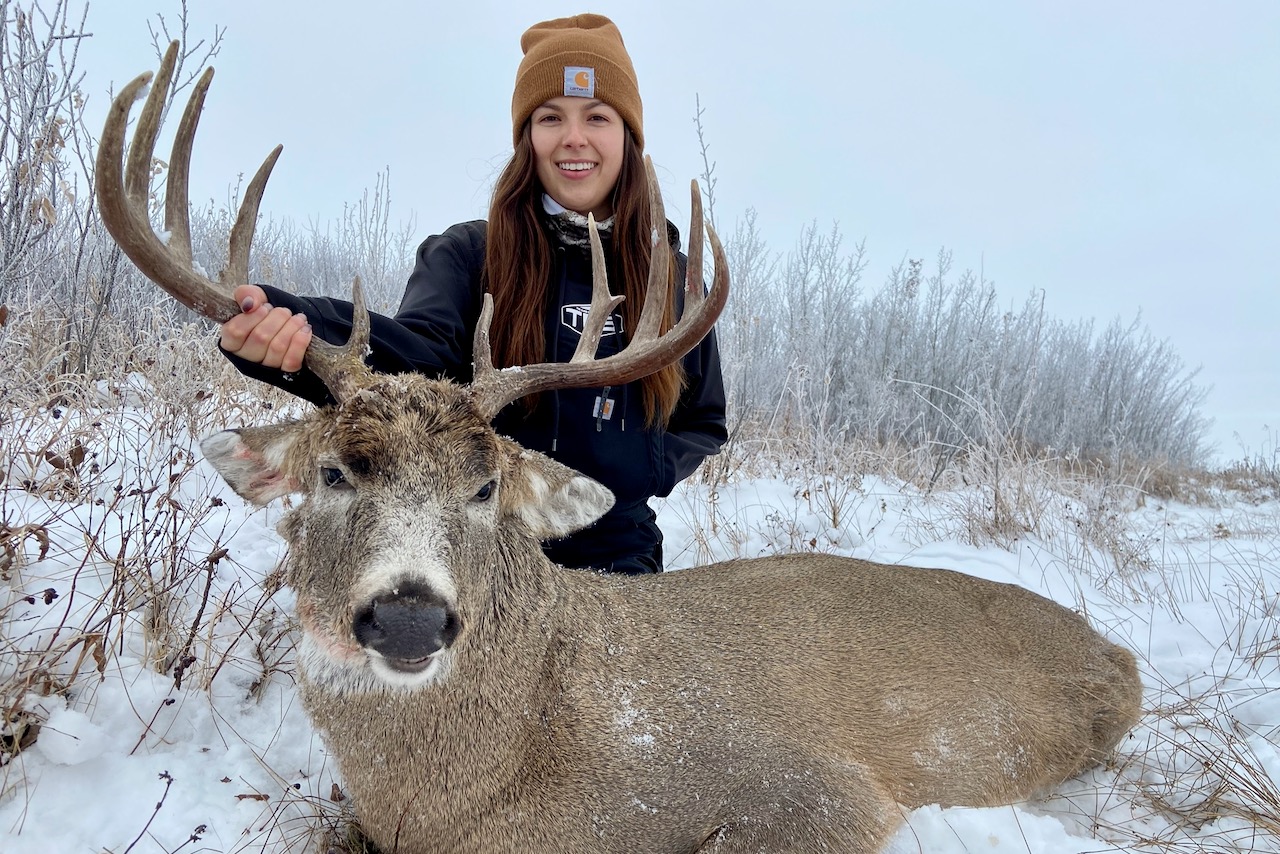 Should you hold out for Mr. Big, or shoot the next best thing?

There are two long-standing, but conflicting, pearls of wisdom in big-game hunting: you can’t shoot a big animal if you put your tag on a smaller one; and, always shoot an animal on the first day that you’d be happy to shoot on the last. That’s an example of “cognitive dissonance,” today’s jargon for the mental discomfort of holding two conflicting beliefs. Clearly, you can’t follow both of those time-worn pieces of advice, something I learned again this past hunting season—and in a painful way.

There’s a healthy population of white-tailed deer where I hunt, but the hunting is challenging. The area is dominated by forest; there’s some cultivation, hayland and pastureland in the area, but it isn’t extensive. Deer feeding in the fields, while not uncommon, is not the norm. More often, you have to go into the timber after them. And while there are usually large-antlered bucks wherever whitetails do well, a 140-class deer in our area is very good, and anything over 150 is exceptional.

One afternoon in mid-November, I left my blind early, as nothing was happening and I wanted to check another area before dark. I got back to my truck and headed for the gate across a large pasture. As I exited the trees and entered the pasture, I noticed movement farther down the field and immediately hit the brakes. Ten does were milling about, and in their midst was a very good buck. He was wide, heavy and tall, and I knew immediately he would score over 150. Naturally, the deer didn’t stick around after seeing my truck, but I wasn’t concerned. I’d found the buck I wanted, so I hatched a plan.

The next morning, I placed a portable ground blind in the pasture based on the prevailing winds, then hunted elsewhere before returning mid-afternoon. Sure enough, with an hour of daylight remaining, the does emerged as singles and pairs from the surrounding trees and began to feed, oblivious to my blind. Twenty minutes later, I saw a lone buck peek out from the trees, but was it the buck? After surveying the scene for a couple of minutes, he charged out of the trees, hell-bent after the congregating does. Through my binoculars, I could see he was heavy and wide, but he didn’t carry the height of the buck I’d seen the previous day. Still, he would score over 140, and he was a darn good buck for the area.

For the next 20 minutes, I watched as he chased the does all over the pasture. At times, he was as close as 100 metres from where I quietly sat in my blind. I had several opportunities to take him, but I didn’t, hedging my bets in the hopes that the larger buck would appear. Eventually, darkness fell and I snuck out of the blind without disturbing the deer. My plan was to return the following afternoon, and every afternoon after that until the big guy showed up again.

That same evening, however, Murphy and his damned law arrived in the form of a blizzard. Over a 24-hour period, a foot of snow fell, with the high winds creating drifts twice that depth. Two days passed before I could get back to the pasture, but by then everything had changed.

The does never returned to feed again, having retreated to the bush to find food. The freeze-thaw cycles made walking through the bush a noisy affair, and though I set up a couple of blinds in likely spots, I didn’t see anything but does and small bucks. I wasn’t going to shoot just any deer, but as the season progressed, I decided I would gladly take either of the two big guys. Unfortunately, neither showed up, and at season’s end I went home with an unfilled tag.

I’ve had lots of time to think about my decision. Some days, I’m happy I stuck to my objective of hunting and tagging that first big buck. Other days, I rue the fact I didn’t shoot the pretty good second buck when I had the chance. This is not the first time this has happened to me, and I still haven’t landed on one side of the quandary or the other. It’s truly cognitive dissonance at play. What would you have done?