Why Canada needs you to help combat an alien invasion

How every angler can stop the spread of harmful aquatic species

When anglers head out to a prized fishing spot, they bring along a healthy amount of gear, refreshments and big intentions. However, many forget something equally important—a conscious awareness of their role in preventing the introduction and spread of harmful aquatic invasive species.

Why should anglers be concerned? Because invasive plants and animals spread rapidly and negatively impact fish and wildlife habitat, biodiversity, species at risk, fisheries productivity and water quality. Damage and economic losses caused by aquatic and terrestrial invasive species worldwide are estimated at more than $1.4 trillion, or roughly two per cent of the global economy.

Compared to other threats to biodiversity, invasive species rank second only to habitat destruction. Zebra and quagga mussels, Eurasian water milfoil and non-native fish are just some of the aquatic invasive species of concern across Canada (see “Canada’s least wanted” below).

Boats are a known method for inadvertently distributing and introducing invasive species into lakes, streams and wetlands. With jurisdictions across North America struggling to manage the impacts of aquatic invaders, there’s a real need for boaters to help protect our water resources.

Developing awareness and understanding is only the beginning. Taking action before invasive species get established is key to effective long-term success. In B.C., the Clean Drain Dry program created by my organization, the Invasive Species Council of B.C. (ISCBC), encourages boaters to clean, drain and dry their boats and equipment before entering a new water body.

ISCBC staff and partners provide information at boat launches and education and outreach events, and ask boaters for personal commitments to clean, drain and dry their watercraft. The council also collaborates with stewardship and fishing groups across B.C. to spread the message. Information about the program is also now included in the B.C. Freshwater Fishing Regulations Synopsis.

But we know that one province is not enough. The program has the potential to become a national movement, with successful cross-border collaborations already in the works between B.C. and Alberta. The program also operates across the U.S. Pacific Northwest, helping stop invasive mussels from reaching Western Canada. In 2009, B.C. signed on as a partner in the Columbia Basin Invasive Mussel Rapid Response Plan, along with Washington, Oregon, Idaho and Montana. The system provides early detection, rapid response and information related to zebra and quagga mussels.

Meanwhile, B.C.’s Controlled Alien Species Regulation, introduced in 2012, prohibits the transfer of any mussels in the province and allows for boat seizures and fines up to $100,000. And conservation officers in B.C. now have the power and training to stop suspected boats to ensure they are decontaminated.

As well, a new federal aquatic invasive species regulation is now under review. If approved, it would enable federal government agencies such as the Canadian Border Services Agency to stop the transport or shipping of invasive species (see web link below). Other actions being considered include mandatory boat inspections.

To reduce the harmful impacts of aquatic invasive species, we must change how we respond. Our actions ultimately determine whether we become an unintentional carrier for these invaders. We at the ISCBC ask you to clean, drain and dry your boat and gear, and take part in protecting the fishing areas we all cherish. We owe it to future generations to safeguard these rich ecosystems.

Julianne Leekie is the communications coordinator for the Invasive Species Council of B.C.

When it comes to invasive aquatic species, these plants and animals are of particular concern. 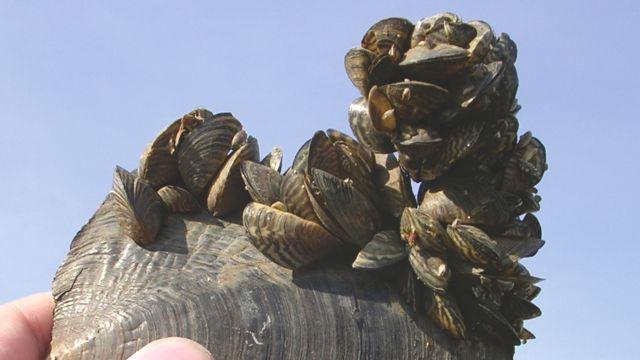 These fingernail-sized bivavles are the only freshwater mussel that attaches to hard surfaces. They are easily spread by boats, trailers and equipment, and cause major damage by clogging water-intake structures, altering entire ecosystems, smothering entire beaches and affecting water quality. 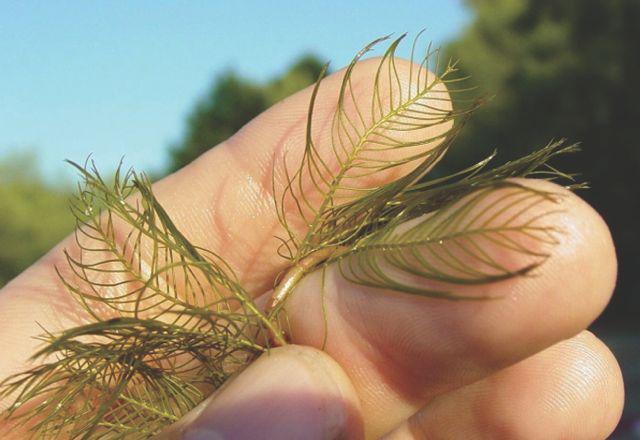