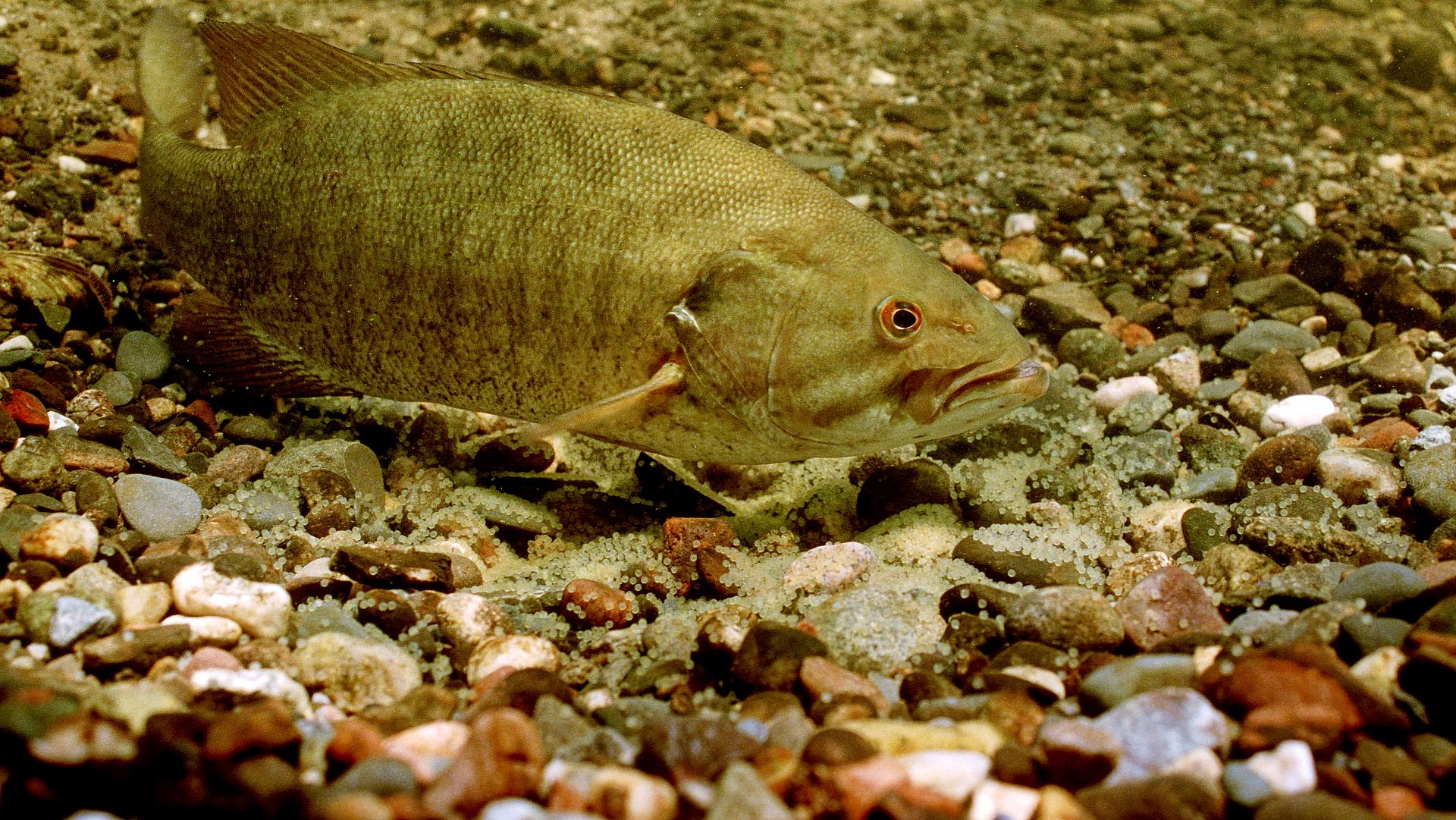 Why Canadians should never fish for bass during the spawn

For better largemouth and smallmouth fishing, avoid the spawn

With spring now here, there’s a question that’s sure to pop up and raise the blood pressure of many bass anglers, and even some biologists: “Should we fish for bass while they’re nesting?” Before we blow a collective gasket, let’s examine the question based on what we already know about bass reproduction and hopefully come to a common-sense conclusion.

Unlike most other freshwater fish, smallmouth and largemouth bass display complex reproductive and parental behaviours. Spawning is primarily triggered by increasing water temperature and occurs mostly in May and June, but can extend from mid-April to July, depending on latitude—the further north, the later the spawn.

The courtship is ritualistic, with the male building a nest, enticing a female to join him and aggressively defending his territory from other competing males. Once the fertilized eggs are deposited in the nest, the real work begins for the male. For the following few weeks, he’ll protect the eggs and fry 24 hours a day, seven days a week. He’ll also fan the eggs to prevent sedimentation from suffocating them.

During this time, the male is biologically programmed to attack and drive away any intruder from his brood, whether it’s a predator or an angler’s lure. Normally, he won’t feed while on guard, ensuring he doesn’t accidently eat his offspring. This self-imposed fasting has its drawbacks, such as exhaustion and even death.

So, what’s the concern with an open season? By harvesting the guarding male, you not only lose the individual, but also the offspring. Once a nest is abandoned, no other male will take over the task of protecting and fanning the eggs. As well, the prime spawners are often the larger, older members of the population. There’s simply no biological benefit to harvesting bass during this critical period.

Of course, many anglers are not interested in harvesting nesting bass—they just want to catch and release them. I understand anglers wanting to be on the water as much as possible, matching wits with their favourite fish, but it’s well documented that if a guarding male (above) is removed from the nest, even for a brief period, the eggs and fry will be exposed to predation. And the more predators there are, or the longer capture time, the greater the potential loss of offspring.

The situation is even more dire should a bass be caught and released multiple times—the more he’s captured, the more his energy is depleted, providing even more opportunities for nest raiding. Eventually, there comes a point when the male concedes enough is enough. Whether he’s too exhausted or loses too many eggs, he’ll cut his losses and abandon the nest. Extreme exhaustion may even lead to his death.

Although it’s difficult to absolutely quantify the impact catch-and-release fishing has on nesting bass, we do know it reduces bass reproductive success by increasing adult and offspring mortality. It’s therefore reasonable to assume this could have a negative effect on the overall quality of the fishery. Is a few extra weeks of fishing worth the risk?

On my home waters of Ontario’s Lake of the Woods, for example, more than two thirds of the bass harvest prior to 1996 occurred in spring, and many of those fish were large, guarding males. To improve the fishing quality, the then provincial Ministry of Natural Resources recommended a closed season, but compromised with catch-and-release during the nesting period. Since the regulation’s implementation that year, smallmouth and largemouth bass weights and lengths have increased. However, I often wonder whether the fishing quality would be even better had we closed the season entirely during nesting.

Finally, would there even be a debate if we were talking about walleye, lake trout or muskies? These fish have a far simpler spawning behaviour—they broadcast a large number of eggs over suitable habitat and abandon them, then hope nature will ensure sufficient numbers survive. However, we recognize these species require protection during this critical period and accept extended closures to ensure spawning success.

In contrast, bass reproductive success is entirely dependent on the continuous presence of the male. Without his care and protection, the young will simply not survive. Still, many resource agencies and anglers continue to debate whether bass should be left undisturbed during the nesting period.

My recommendation? Put away your fishing rods while bass are nesting. I think the numbers and sizes of fish you’ll catch in the future as a result will pleasantly surprise you.