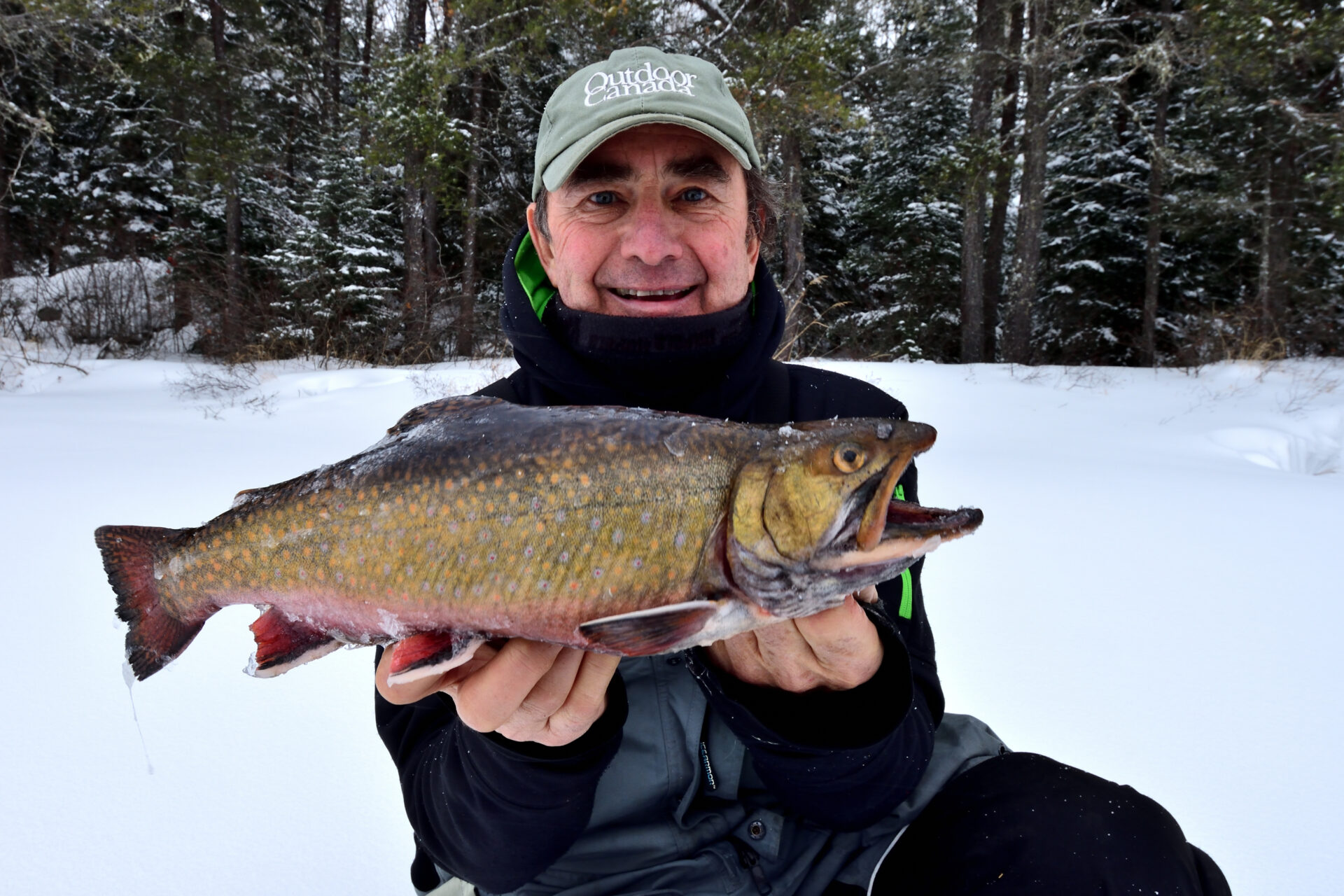 Why do trout and salmon have red flesh? It’s because they are what they eat

Why is trout and salmon flesh red?

It all starts at the bottom of the food chain, with a blood-red micro algae

I greeted the ice-fishing season last week by gingerly tip-toeing across one of my favourite stocked trout lakes, which already had four inches of crystal-clear black ice. I was rewarded with steady action and, more importantly, the makings of a long-awaited brook trout dinner.

I was once asked at a fishing seminar—you never know what question is coming next—what I would choose for my last meal. My answer then was the same as it is today: wild Pacific salmon, preferably chinook or sockeye. I know some folks lean towards the milder more subtle taste of wild (never farmed) Atlantic salmon, but I enjoy the richer, bolder taste of the Pacific fish.

Unfortunately, since I live almost smack-dab in the middle of the country, I don’t get to dine on fresh wild salmon as often as I’d like. So, my next best option is keeping the occasional brook trout. Imagine my surprise last week when I cleaned the 15-inch brookie I’d kept for dinner and discovered its flesh was as bright red as any wild chinook or sockeye. I posted an image of the fillets on social media, and immediately started receiving questions, comments, text messages and e-mails about the cause of the distinctive colour. 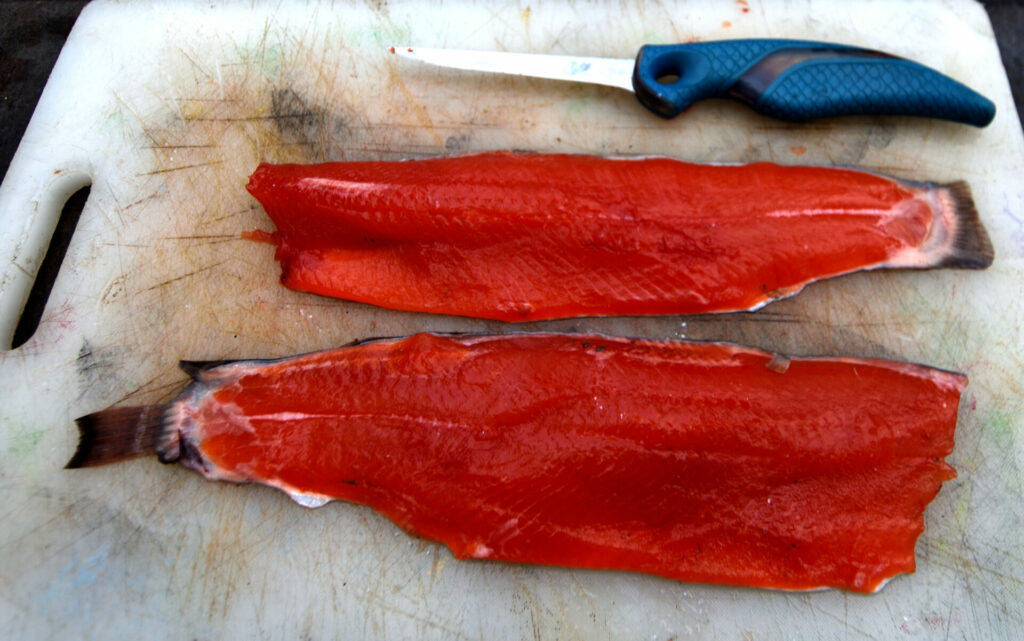 The reason that most salmonid species (including trout and char) have red- and orange-tinged flesh is because of what they eat. And that is typically food with plenty of carotene.  Yep, the same stuff that makes carrots orange. The basis of the food chain often starts with a micro-algae called Haematococcus pluvialis that contains a blood-red pigment called astaxanthin. Not surprisingly, everything that feeds on the micro-algae—such as shrimp, krill, lobsters, crayfish and even young trout and salmon—absorbs and bioaccumulates the red pigmentation.

In turn, everything that feasts on the shrimp, krill, and crustaceans (including flamingoes) takes on the characteristic red colour. Arctic shrimp, by the way, have a whopping 1,200 ppm of astaxanthin.

But here is what really blew my mind: I started thinking about the fact that I’ve kept several trout over the years from this particular lake, and have never seen another one quite this bright.  Haematococcus pluvialis micro-algae produces more of the blood-red astaxanthin when it is stressed. And one of principal stressors is excessive sunlight. Coming off another year of record-setting heat and sunshine, does this mean it is possible—maybe even likely—that many of our small, shallow, stocked trout lakes will produce redder fleshed fish in the future?

Of course, it could also be the case that my excessively red-fleshed trout might have been genetically predisposed to over-process the astaxanthin pigment. It happens in the reverse in about one in every 20 chinook salmon, where the fish are unable to process the pigment. For many years, these strange white-fleshed salmon sold at a discounted price, but then a savvy marketer came up with the name “ivory king,” and just like that, they became the thing with gourmands. In fact, they actually fetch a higher price today.

As for which is the case for my brook trout, I guess the only thing I can do is to go ice fishing for them again. And, of course, I’ll have to keep one or two more for dinner so I can monitor the colour of their flesh. The things we do in the name of research.