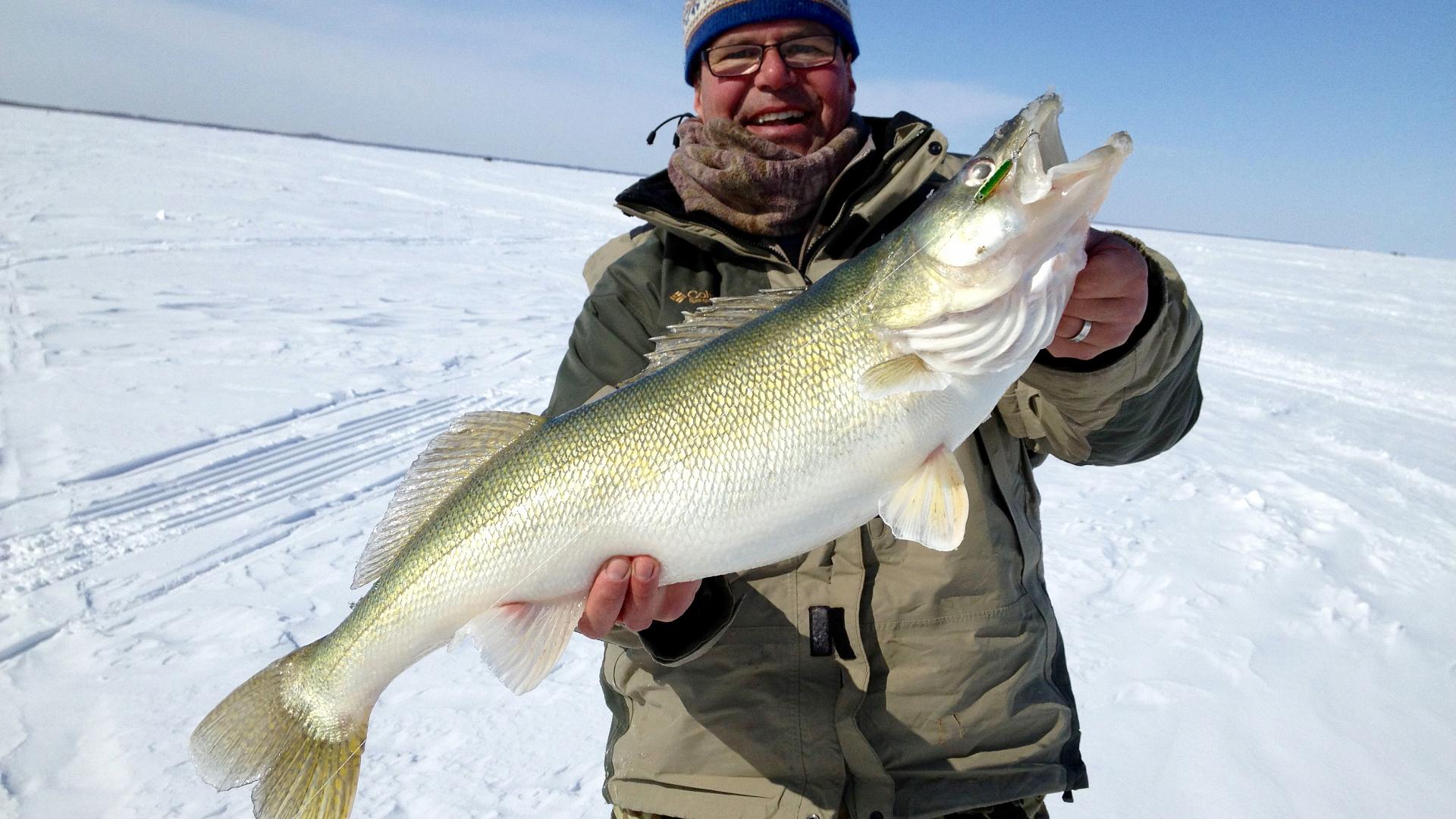 MWF says urgent changes must be made to the commercial fishery

Manitoba’s Lake Winnipeg is widely regarded as the hottest walleye ice-fishing destination on the continent. In the last couple of years, however, people have started whispering that the fishery is in decline, with the big fish disappearing. The Manitoba Wildlife Federation’s managing director, Rob Olson, agrees, saying the lake’s days are numbered if changes aren’t made soon to the commercial fishery

Commercial fishing with gillnets accounts for 90 per cent of the walleye taken on the lake. In 2016, the commercial quota catch was 3.1 million kilograms, down from 4.2 million in 2010. Currently, there’s no regulation on maximum mesh size, so most commercial fishermen use nets that target the biggest fish, often females.

“It’s easier to deal with big mesh and you’re catching big walleye, as opposed to smaller mesh, where you’re dealing with a lot of bycatch,” Olson says. “However, for the sustainability of the fishery overall, for all users, we’d like to see a maximum mesh size of four-and-a-half inches. It’s widely believed that would allow most mature walleye to spawn at least once.”

While results from a recent recreational angling creel survey aren’t yet available, there is anecdotal evidence of an impending collapse. Olson said he and his angling circle, for example, noticed a major decline in big fish this past winter. “We caught over 100 walleye, but only one large one, which is extremely unusual,” he says.

In late March, Olson met with the fisheries branch of Manitoba’s Sustainable Development department to get a better understanding of the problem. And he says plans are now in the works to petition the province to implement a mesh-size regulation as soon as possible. “We see this as the first step to an overall fisheries management plan for the lake,” he says. “But it’s a critical first step that has to happen now.”