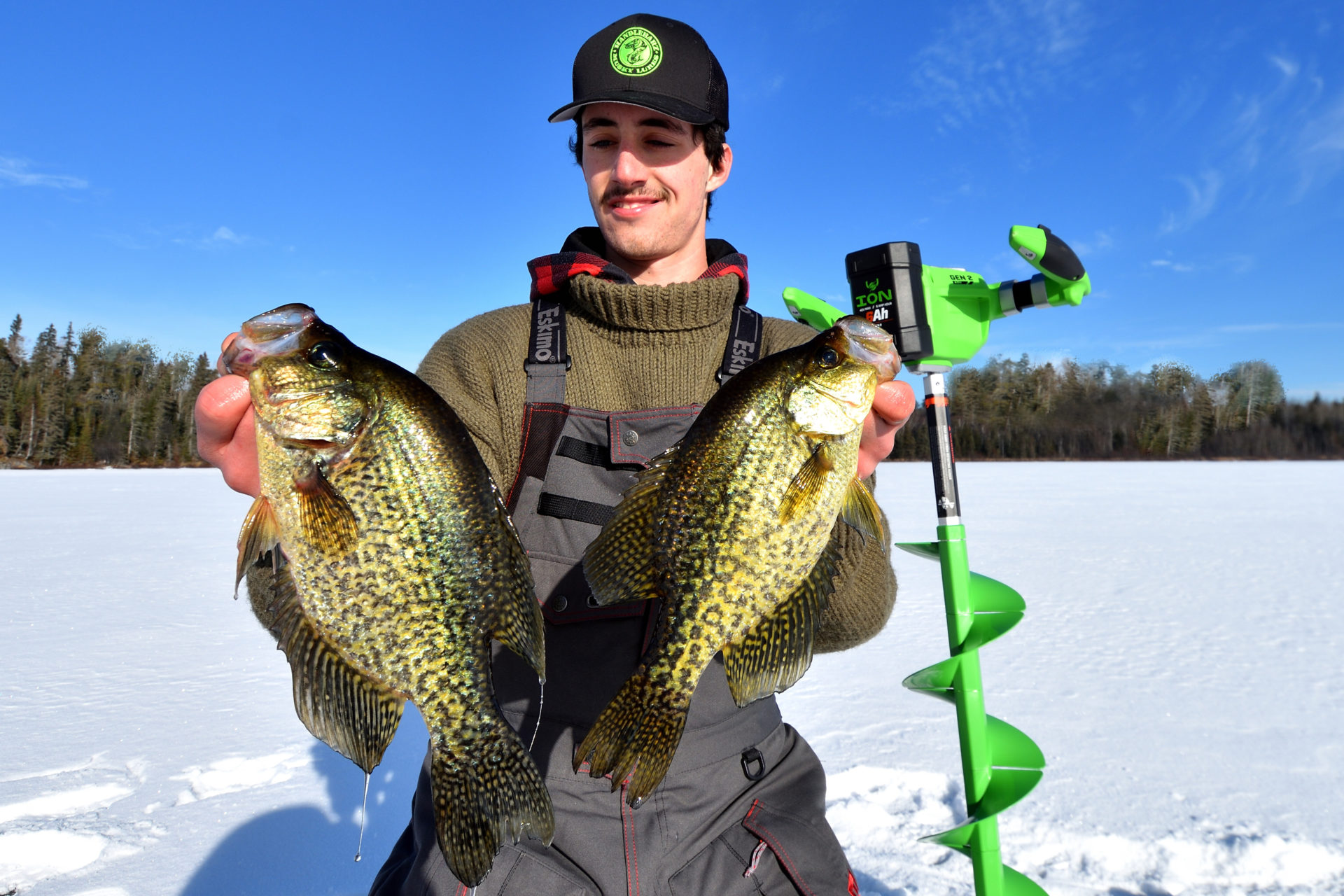 Why some lakes grow trophy fish—and some don’t

Why spawning areas, forage and angler pressure make all the difference

We all love catching big walleye, bass, trout, salmon, yellow perch, black crappies, northern pike and muskies, but the fact of the matter is that many of the lakes, rivers, reservoirs, pits and ponds that we fish don’t produce trophy size specimens. That is what Angelo Viola and I were talking about recently on my Fish Talk With The Doc segment of the Outdoor Journal Radio Show. Ang was recalling a walleye adventure, where he and Pete Bowman travelled to Hawk Lake Lodge, in northwestern Ontario this past summer. At the lodge, they found it harder to catch walleye under 20 inches, than it was to land fish over 20 inches.  They even caught several walleye in the 7- to 9-pound range.

I was thinking about that show, and also our discussion this past weekend, when I was ice fishing for crappies with my grandsons Liam and Campbell.  Many of the fish we hooked and brought up the holes were in the 14-inch-plus class. As a matter of fact, it was easier to catch a crappie over 13 inches, than it was to land smaller ones. 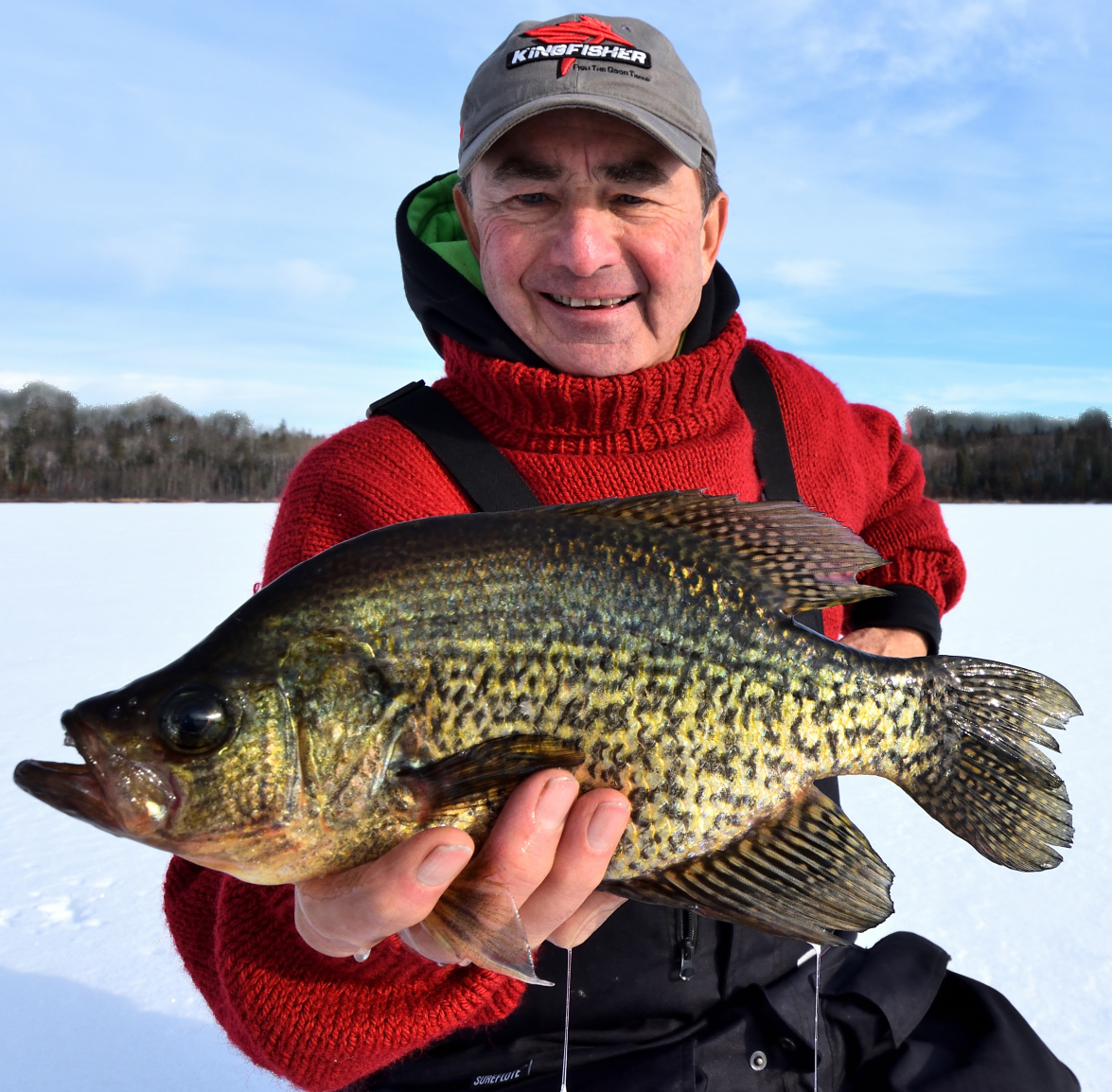 Now, for certain, fishing pressure plays a huge role in determining whether you are likely to catch a big fish.  But there are other things—biologists and fish managers refer to them as “limiting factors”—that influence whether or not we are likely to catch a personal-best fish or the trophy of a lifetime.

Spawning habitat, for example, is a classic limiting factor. When it is ideal, our favourite fishing water consistently produces good year classes, recruiting ever more fish into the population. When spawning habitat is scarce, however, it obviously limits the size of the population.

It is the same with forage. That is, the amount and quality of food the fish can eat at all stages of their life cycle.  When there is plenty of food on the table, times are good, but when it is scarce, it is like the Dirty ’30s.

Here’s something else interesting: the relationship between limiting factors like spawning habitat and food, doesn’t always, nor necessarily, jive with the way we think it should. A classic example is when the spawning habitat is limited but the food supply is abundant. Then, the relative few offspring—the “survivors“—have access to a virtual 24-hour-long buffet table at which to feed. In part, this is what Ang and Pete experienced when they consistently caught humongous walleye at the relatively small Hawk Lake.

Credit goes to the resort operator there, too, because these lakes can be fished down quickly, and turned as barren as the Dead Sea. But they can also become Gardens of Eden when the harvest is limited and carefully controlled. Because the fish population is so much smaller, these lakes often offer some of the best opportunities to catch a trophy. Think of it as a lush farmer’s field, with only half-a-dozen cows grazing on it.

Now, what if our favourite lake has an abundance of spawning habit, so the fish can successfully pull off strong year classes, but there isn’t much to eat, or the forage is of poor quality?  In other words, there are 50 cows on that same farmer’s field, but it’s chock full of rocks and weeds. The animals would be much smaller and skinnier, right? These are often the “numbers lakes” that we experience—and the ones stuffed with perch are the size of your finger.

The preferred scenario is where the spawning habitat is ideal and the food supply plentiful. In other words, just like the crappie lake where my grandsons and I were ice fishing on the weekend. These lakes are hard to find and, when the word gets out, they quickly attract scores of anglers who fish them down (when the lakes are not protected by carefully crafted regulations.) In these waters, fishing pressure is the limiting factor.

I have obviously simplified things greatly here, but if you want to read about how limiting factors are affecting critical walleye stocks in Wisconsin, read this insightful account from the University of Wisconsin-Madison. It is a must read for conservation minded anglers.

It also points to the fact that the ideal scenario has always been to manage lakes by considering each waterbody’s own unique merits and characteristics. Unfortunately, this isn’t always possible for two reasons. For one, management agencies don’t have the necessary budgets to do this, and secondly, we often have too much of a good thing.  In Ontario alone, for example, we have 400,000 waterbodies. So we are left to manage lakes on the basis of broad geographic areas, and fisheries management zones. And in this scenario, woe to those lakes that differ greatly from the norm.