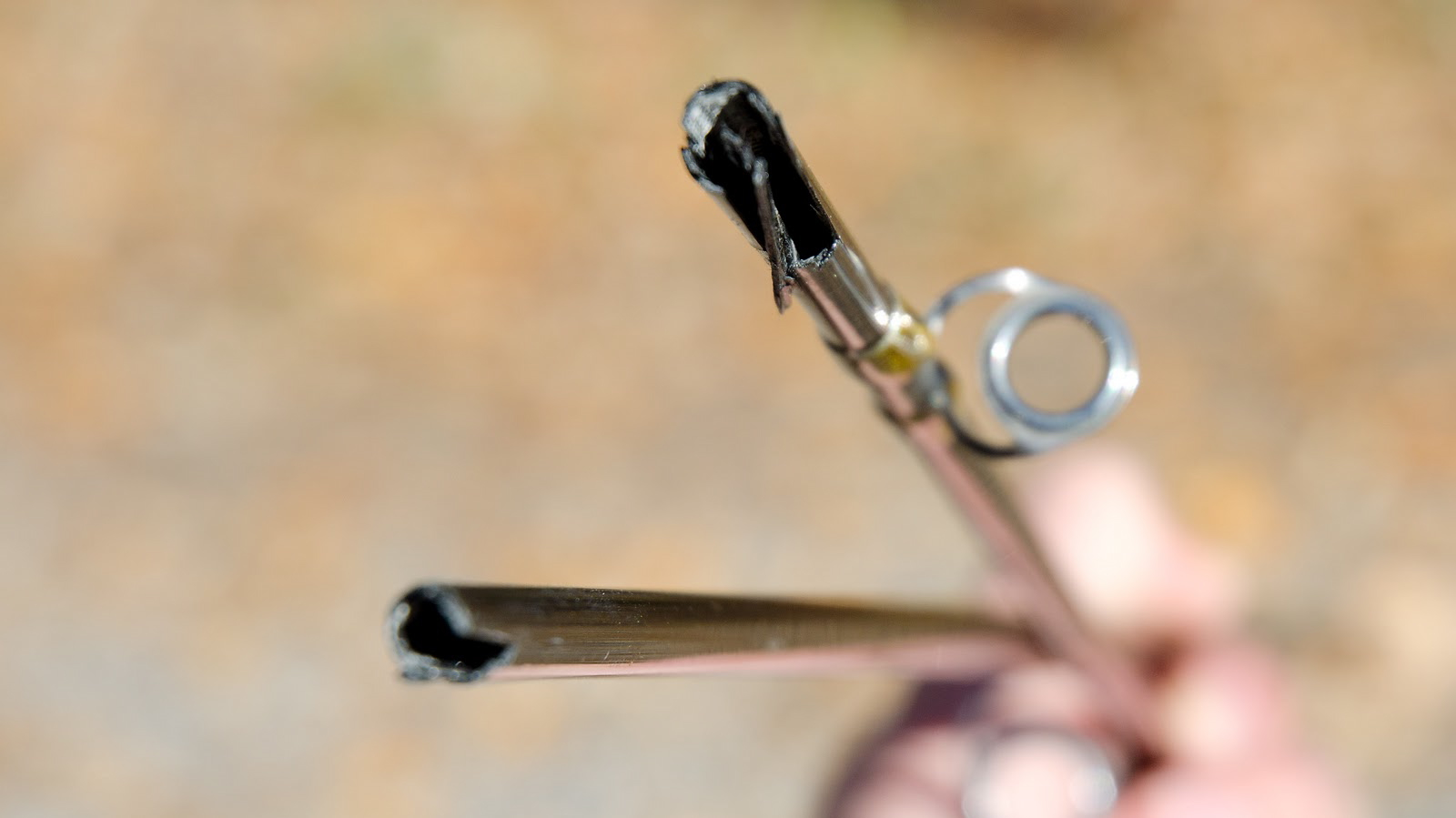 Follow these tips on fighting big ones, and next time you’ll land it 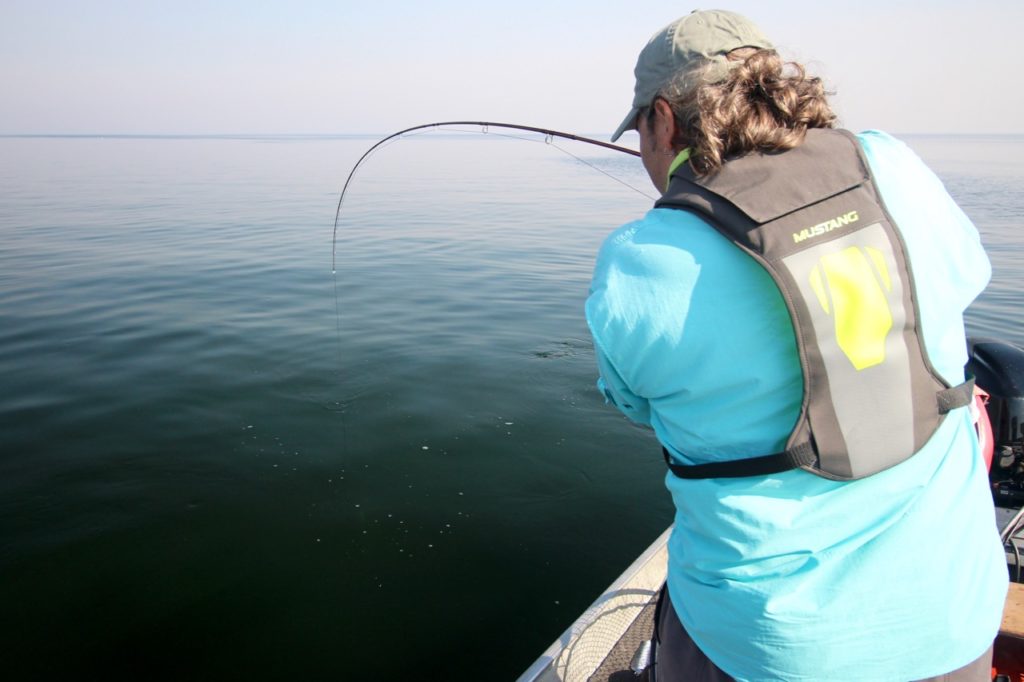 When you’ve got a fish on, extending your arm and keeping the rod tip high looks cool, like a scene from A River Runs Through It. And it’s the right move with spinning gear. But with a modern fly rod, this is, to be blunt, dead wrong.

By design, fly rods are soft at the top and stiff at the bottom. So when you hold the rod upright to fight a fish, it flexes at a narrow, upside-down-U angle, and only the top third of the rod is engaged. Fighting a tough fish this way tires your forearm a lot more than it wears out the fish. It’s also the single most effective way to break your rod. And that rule holds whether it’s a $200 rod or a $2,000 rod.

The correct sparring position is to hold the rod butt near your body, with the top low—even below horizontal—and out to the side, in the opposite direction from the swimming fish (above). This bends the rod at a wider angle and flexes its full length, engaging the powerful butt section and tripling or quadrupling the pressure you can put on the fish (see “Fishing physics” below).

Honestly, there’s no way to truly learn these techniques without a fish on the line. But since many mistakes result from adrenaline-fuelled excitement (or panic), it helps to be aware of the pitfalls beforehand, and to use good form. And it’s worth the effort, because a trophy photo of the big fish you landed beats a dozen stories about the ones that got away. 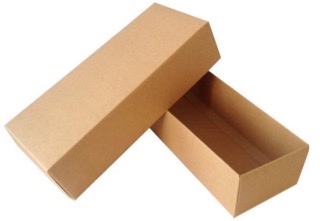 Not convinced about the correct rod position for fighting a big fish? Try this at home. Fasten your fly line to a small box and drag it along a smooth floor, first with the rod in the upright position, then held sideways. The increased power of the rod in the sideways position will be obvious.