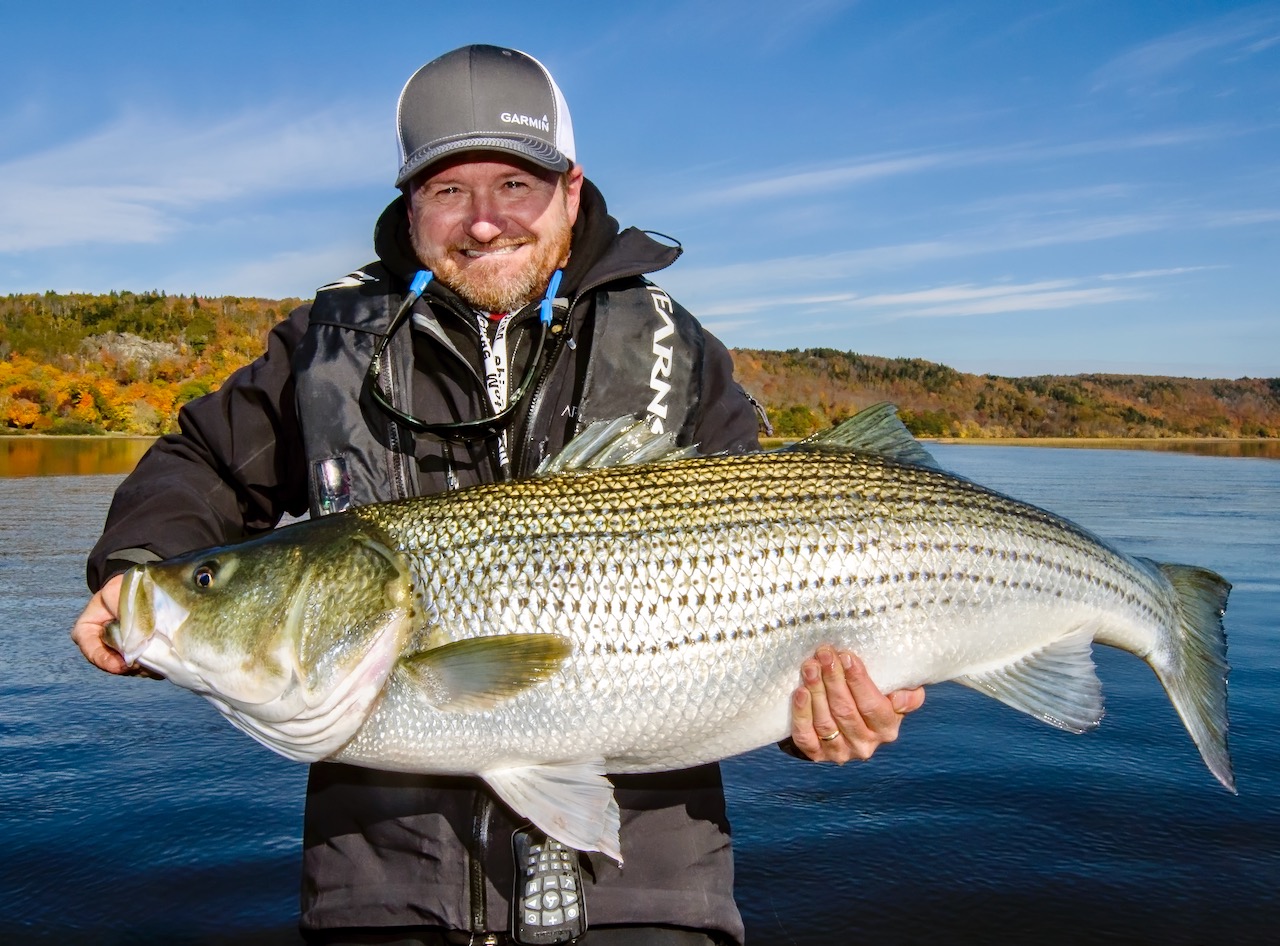 Why the Fish’n Canada hosts are always awed by N.B.’s giant striped bass

If are you looking for something a little different and want to catch one of the most unique sportfish species in all of Canada, we highly recommend a trip to the east coast to tackle striped bass. Their sheer size, ridiculous pulling power and gorgeous appearance make them a definite bucket-list fish.

Often referred to as “stripers,” striped bass frequent the eastern seaboard, ranging from the St. Lawrence River south to the Gulf of Mexico. They roam the Atlantic Ocean for most of the year, then venture up fast-moving, freshwater tributaries for their spring spawning ritual. Often, the big hungry females will start this annual trek in the fall, knowing there will be a plethora of food opportunities awaiting upriver. That makes it a great time to put one of these anadromous giants in the boat.

We have fished for stripers in a variety of places along Canada’s east coast, and in a number of different situations, from casting and trolling in our Princecraft, to fishing from the banks of a muddy river during the insane rush of an incoming tide. You wouldn’t believe what these fish endure during the spawning season.

The biggest stripers we’ve caught have come from New Brunswick’s Kennebecasis River near Quispamsis, which regularly produces trophies. During our first trip there back in the fall of 2007, for example, we boated several gorgeous stripers, including a couple of solid fish in the 25-pound-plus range. On that trip, we trolled crankbaits in a heavy current area, and one fish was so strong it spooled Pete’s baitcaster of every inch of 25-pound-test mono before we could get the boat turned around. Did we mention these are incredible fish?

During Pete’s most recent visit to the Kennebecasis, he made up for that earlier bit of bad luck by casting to—and successfully boating—an absolute behemoth of a striper. With catches like that, we can confidently say that this is one heck of a world-class fishery.