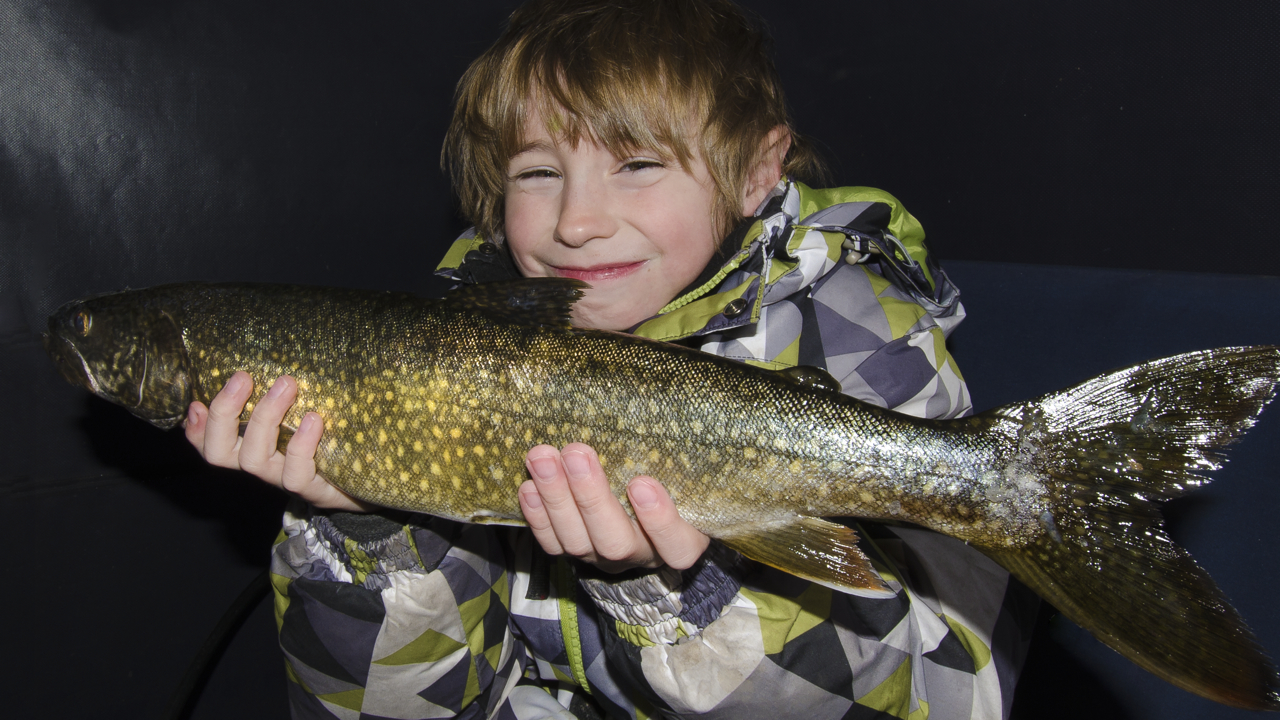 Ontario’s Muskoka lakes may well be the most misunderstood waterbodies in the entire province when it comes to fishing—at least to the local cottage owners, that is, who seem to have no idea what awaits just off their docks. For the angling community, however, Muskoka is prime for the taking and the word is getting out.

I had my first encounter with this gorgeous region of Ontario in November 2010 while shooting an episode of the Fish’n Canada Show with local fishing guide John Blanchard. We were fishing for smallmouth bass on Lake Joseph, and it was phenomenal. During that shoot, I asked John if there was much ice fishing for lake trout.

“You bet there is,” he replied immediately.

I never forgot that, and two winters later I once again met up with John on Lake Joseph, this time with my sons, Cole and Hunter. It was their first-ever ice-fishing trip, and it didn’t disappoint. We even took home a nice laker for the table.

Lake Joe, as the locals and cottagers alike call it, is located to the west of Lake Rosseau, just off Highway 169. It has a late opener for lake trout, usually around mid-February, with the season ending September 30 (check the fishing regulations for exact dates). The ice fishery is short but very rewarding, making it something local hardwater anglers always look forward to.

The Foot’s Bay area produces good numbers of both eater-sized lakers as well as lunkers weighing more than 20 pounds. Another well-known area for big fish is the north end of the lake where there’s an expanse of deep water to work. Talking to locals can give the travelling angler a good idea as to where to start.

Thirty to 60 feet seems to be a good depth for catching Joe’s lake trout under the ice. Jigging spoons, white tube jigs and three- to five-inch swimbaits on a big football jig head are the lures of choice. If you want a definite advantage, tip your offering with a local minnow. A tip-up with a live minnow is also a good bet for these deep lakers.

Using a fish finder is the ultimate way of connecting with lakers under Joe’s ice covering. Not only can you watch for fish, but you can also see your bait and place it smack dab in front of a fish.

When it comes to fishing, the Muskoka Lakes aren’t just for the rich and famous—there’s something there for everyone. Just ask Hunter and Cole.

For info on accommodations while fishing on Lake Joseph, visit www.sherwoodinn.ca.

For a complete guide to Fish’n Canada show episodes, TV channels and show times, go to www.fishncanada.com or www.facebook.com/fishncanada.