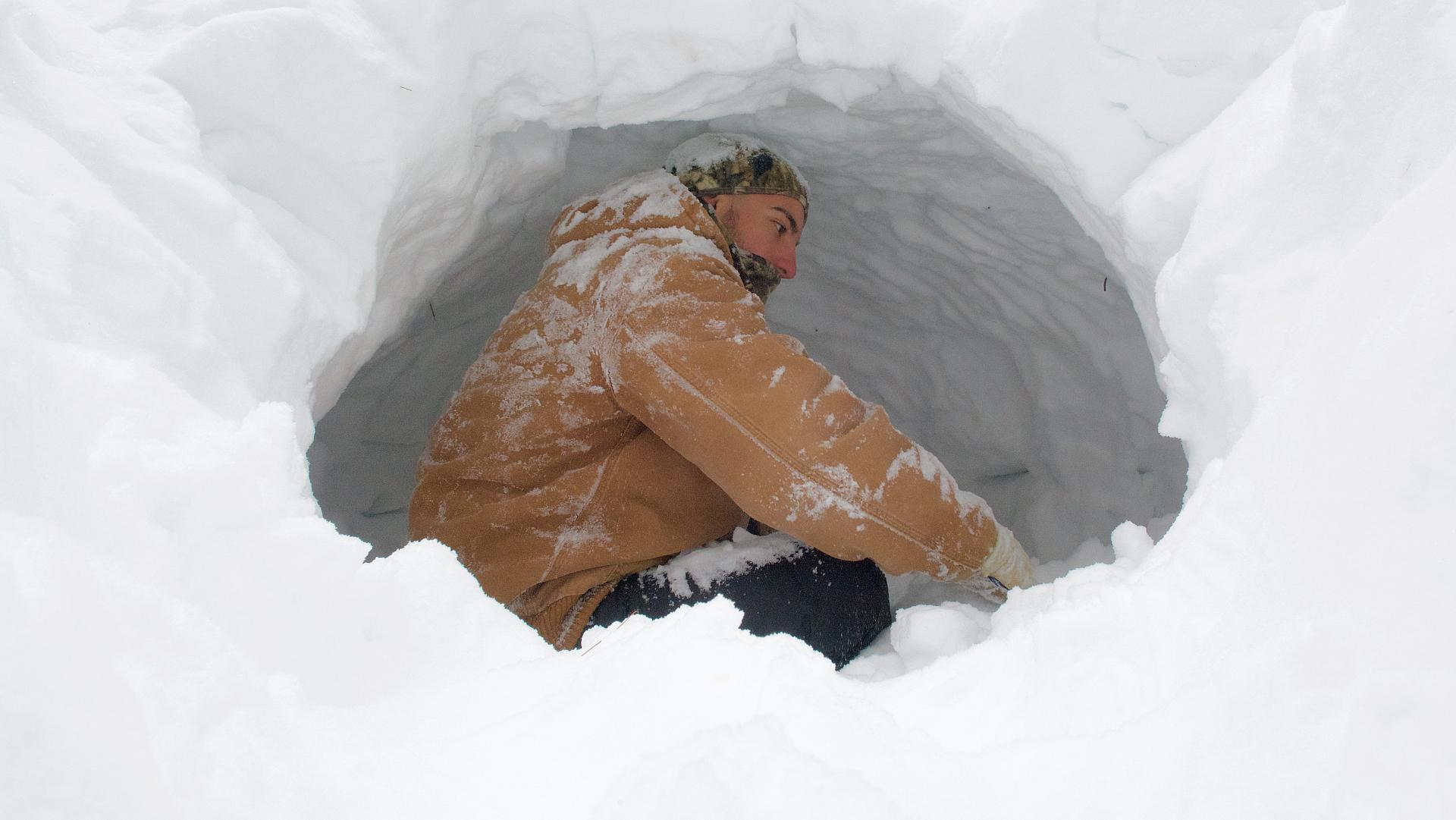 Why you need to know about the quinzhee (hint: it could save your life)

Imagine this scenario: It’s the dead of winter and darkness is approaching as you head home on your snow machine after a day of ice fishing. Suddenly, you’re hit by a nasty snowstorm and your machine breaks down. What do you do?

You build a quinzhee, of course. Indeed, knowing how to make one of these snow shelters—pronounced “kwin-zee”—is an important survival skill for anyone who spends time in the backcountry during winter.

A quinzhee is a hollowed out mound of snow, so the first step in making one is to create a big pile of snow. A general rule of thumb is to make it minimum seven feet in diameter and six feet tall to accommodate two people. The fluffier the snow is, the larger the pile and the thicker the walls should be, and vice versa with heavier snow.

You want the walls to be a foot thick, so once the mound is made, collect 18-inch-long sticks and push them about a foot into the snow all over the mound, spaced roughly two feet apart. That way, when you start hollowing out the mound from the inside and hit the end of the sticks, you’ll know the wall is a foot thick.

Start digging out a cave in the mound by first making an entrance on the side sheltered from the prevailing wind. If you’re on a slope, also make the entrance on the downhill side. As you excavate, pile the snow on either side of the door to help block any wind. Don’t pile snow on top of the shelter as you dig, or it may collapse.

Leave the snow about a foot deep where you plan to sleep, but dig right down to the ground around the door. This will keep you warmer, as the cold air will channel into the lower area. Also light a candle if you have one to help warm up the chamber and provide some light. To prevent asphyxiation, meanwhile, punch an air hole in the ceiling from the inside.

Finally, make a door by rolling a snowball in front of the entrance, or use your backpack. And don’t forget to bring the shovel inside with you—you just might have to dig yourself out the next morning.