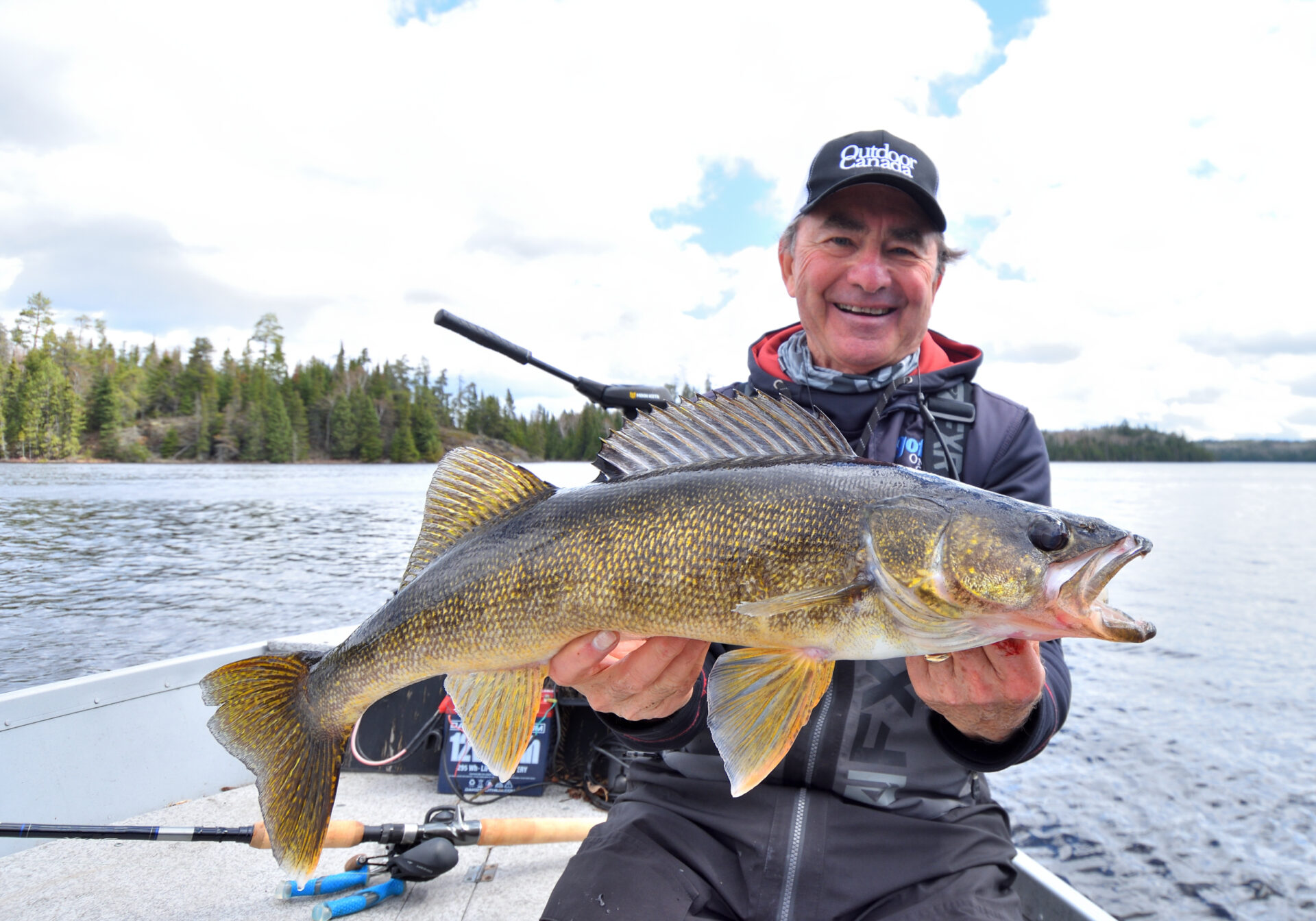 If we get any more rain up here in Northwestern Ontario, I am building an ark. We’ve experienced the second wettest spring in 150 years, boat houses are floating adrift on Lake of the Woods, and last night we had tornado warnings flashing across the television screen on a regular basis. The only good news is that the crazy weather has shifted the walleye bite into over drive—especially the big fish feed.

Liam and I were out the other day fishing for big northern pike and we couldn’t escape from the blasted walleye. We were casting 5-inch Rapala Super Shad Raps for the big toothy critters, but the walleye were beating them to our baits and hammering. And I mean absolutely slamming them. It was nothing short of amazing how they were overtaking the baits and choking them down. But then again, it was also not the least bit surprising.

Many years ago, when I worked with the Ontario Ministry of Natural Resources, my office was close to that of Dr. Peter Colby, one the brightest minds in the walleye world. Pete headed up Ontario’s walleye research unit at the time, and wrote the seminal scientific paper on the species, The Synopsis of Biological Data on Walleye, for the United Nations.

I’d often head up to his office, which was littered with research papers and scientific journals, and drive him crazy with questions. And that is when I first learned that walleye will go out of their way to target specific size prey items, like yellow perch, suckers and ciscoes, based on their own body size. Understand what I’m saying? All else being equal, big walleye prefer big food items, and bigger than most walleye anglers can image. 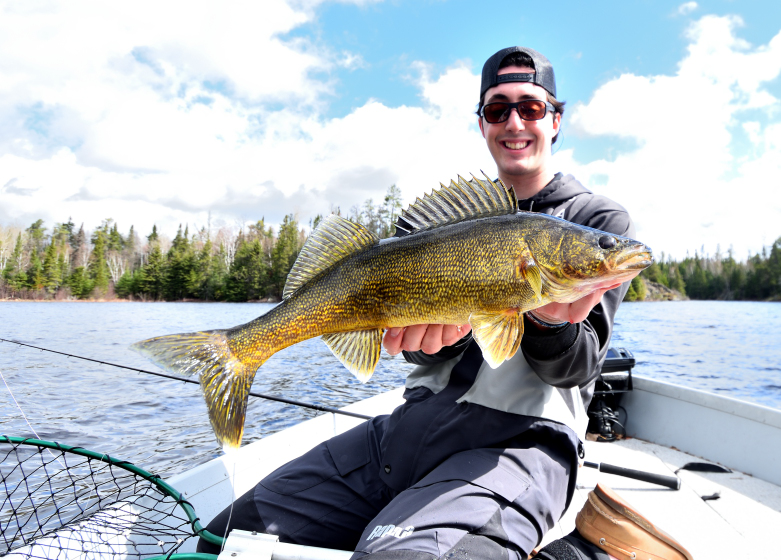 Much like Liam and I experienced this past week, I remember telling Peter that I had caught a particularly large walleye while I was casting big baits for northern pike and muskies. I thought it was a total fluke that a fish most anglers target with small jigs and lures would attack such a massive bait. But he told me it was the rule—not the exception. Then he gave me a copy of his synopsis, that I treasure to this day, and flipped to the diagram below that he had produced showing the sizes of forage fish eaten by walleye of different lengths. 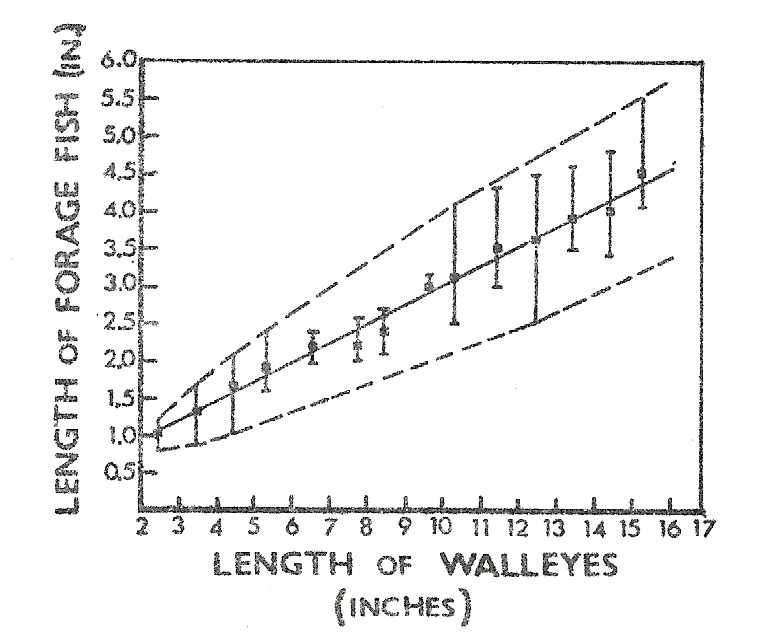 What it clearly illustrates, of course, is that by the time a walleye reaches a modest 17-inches in length and couple of pounds in weight, it is already eating five- and six-inch baitfish. But the real eye opener is when we extrapolate the trend lines out for 30-inch plus trophy-size walleye. They’re devouring seven-, eight-, even nine-inch perch, suckers, ciscoes and whitefish. It’s something to consider this weekend, when you tip your little 1/4-ounce walleye jig with a finger-length shiner, chub or dace minnow.