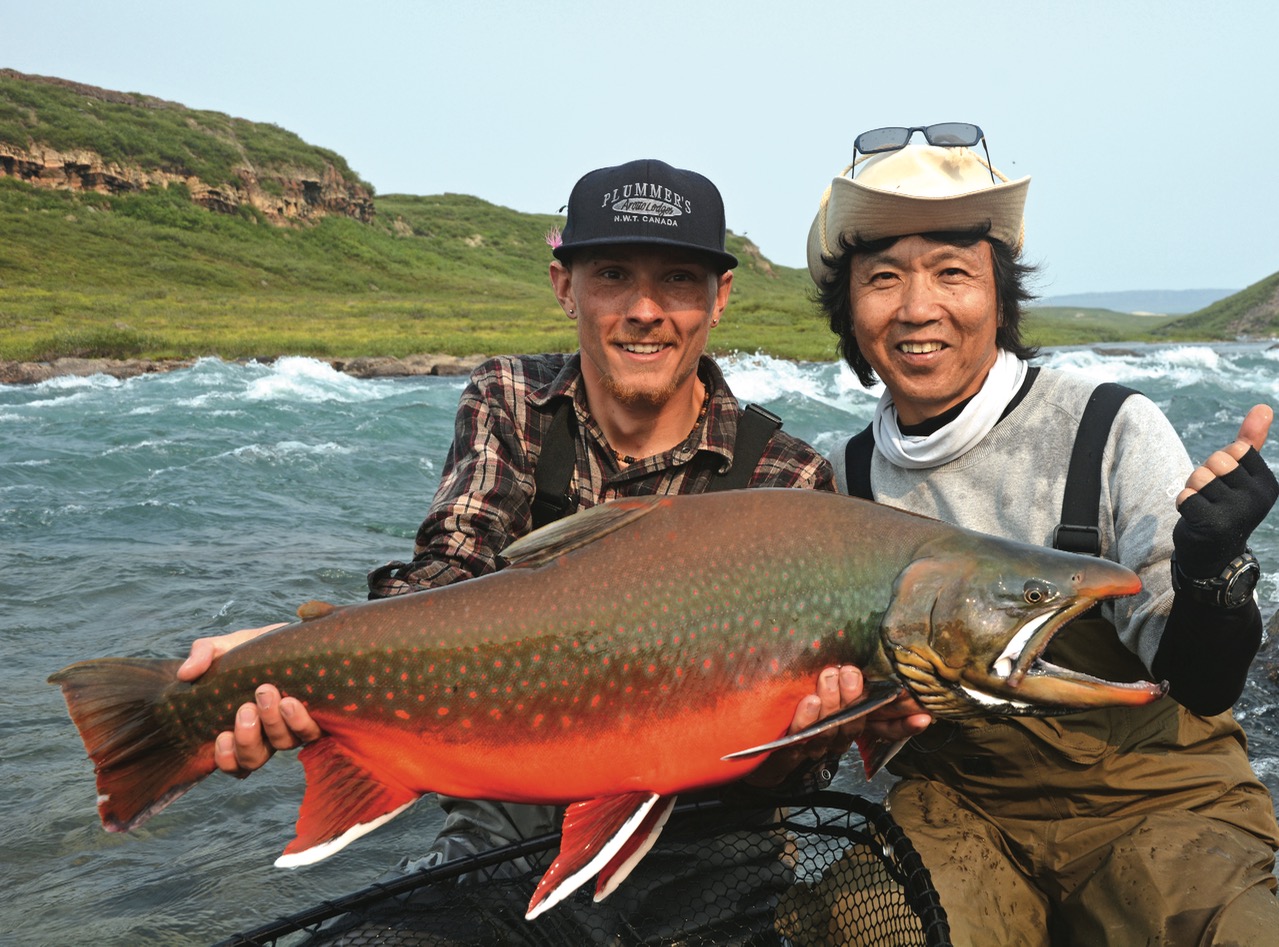 As Canada’s northernmost freshwater fish, Arctic char are emblematic of the rugged north country they inhabit, and of Nunavut in particular. They’re so prevalent, and so popular among the Inuit of Canada’s northernmost territory, in fact, that they’re often simply referred to as iqaluk, the Inuktitut word for “fish.”

Eager to take a fly or lure—and exceedingly tasty on the table—Arctic char can be found throughout the myriad coastal rivers of the Nunavut mainland, as well as the territory’s Arctic Archipelago. A circumpolar species, they also inhabit the waters of Iceland, Greenland, Scandanavia, Russia, Alaska and, of course, the rest of Canada’s northern fringe.

Char are anadromous by nature, and in Nunavut they spend their summers in the Arctic Ocean and Hudson Bay before venturing upriver to spawn and overwinter. There are also landlocked populations in dozens of unnamed lakes, with the fish in Ellesmere Island’s Hazen Lake considered to be near the northern tip of the species’ range.

The people of Nunavut traditionally catch and sun-dry their fill of char along the endless coastlines, but for sport anglers, nothing beats fighting and releasing these feisty fish in rivers. And when you bring one to hand—particularly a male with its hooked kype and fiery regalia of spawn colours—you’ll know instantly why Salvelinus alpinus is worthy of any angler’s must-catch list.

WHEN TO GO: June to October

[easy-tweet tweet=”@OutdoorCanada says catching Arctic char in #Nunavut is one of Canada’s must-have #fishing experiences. Find out why, how and where to do it” user=”OutdoorCanada” hashtags=”fishingtrip, bucketlist, discoverNunavut”]