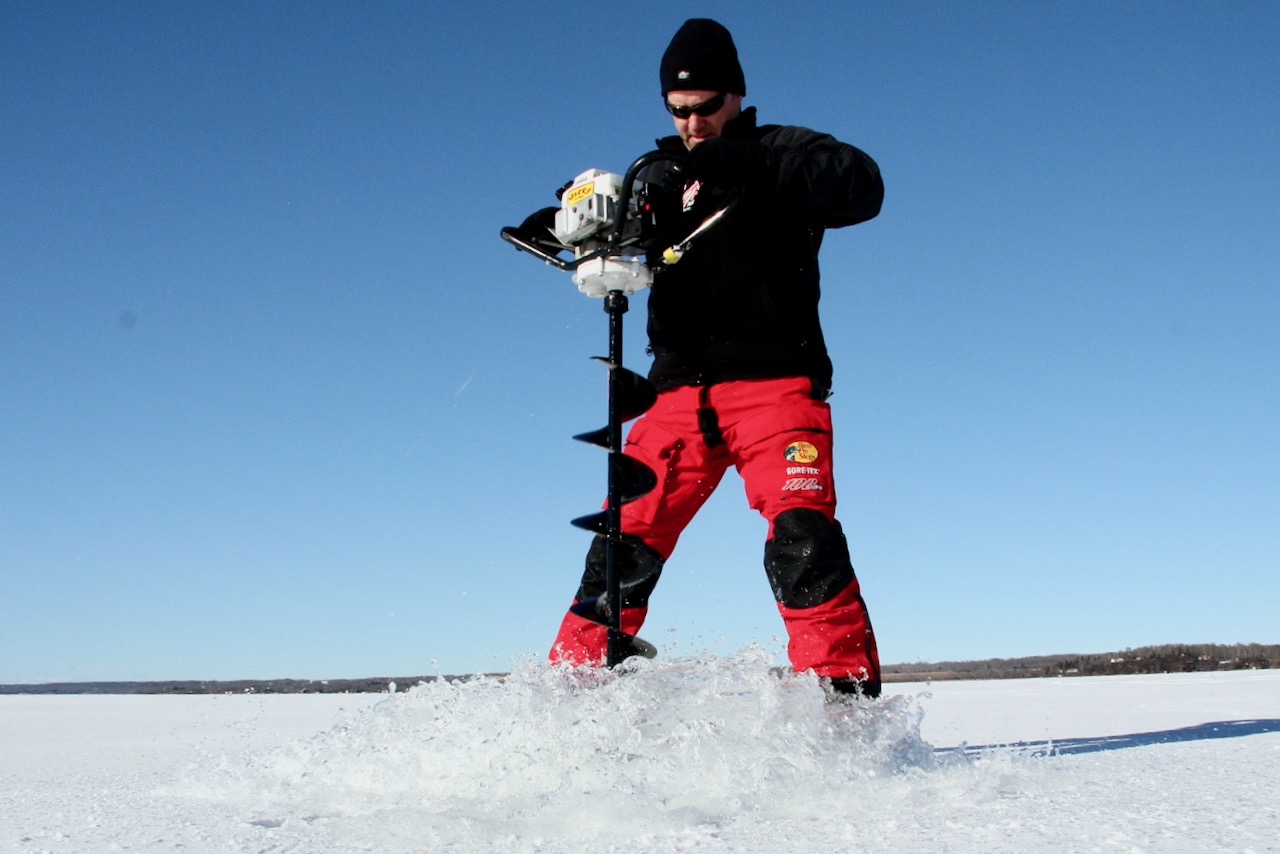 Drain your auger of gas at season’s end
Skills

When the mercury plummets, it can seem like a daunting task to keep both big and small engines running smoothly. Luckily, there are surefire ways to easily fuel and lubricate any engine for peak performance year-round, even during the frigid winter months. Just keep the following advice in mind.

Fresh fuel makes a big difference in how well an engine runs. Over time, heat, oxygen and humidity will degrade the condition of stored fuel; in a fuel tank, this can occur in as little time as a month. Burning old gasoline leaves a gummy residue, which is a significant problem in small engines. “For small engines like ice augers, it’s a good practice to drain the fuel from the tank at the end of the season,” says Mark Herauf, owner of M&M Small Engine Repair in Watrous, Saskatchewan.

That advice also applies to two-cycle engines in vehicles. Ethanol-blended gasoline absorbs water, and that water can prevent oil in the fuel mix from lubricating the engine’s metal surfaces. Without lubrication, engine damage is inevitable. Snowmobiles are at greater risk of this problem because of their wet operating environment, so stick with premium fuel.

The most important fuel additive for seasonally used engines is a fuel stabilizer, which preserves the fuel and extends its storage life. Fuel stabilizers are important anytime the fuel is not being used within three months, keeping it fresh and preventing an expensive engine overhaul down the road. Herauf recommends Briggs & Stratton’s Advanced Formula Fuel Treatment.

Ethanol-free engineered fuels such as Aspen’s alkylate gasoline and TruFuel include lubricants and stabilizers, offering long-term stability and high performance for outdoor power equipment. At the pump, today’s premium gasoline already includes performance additives, so simply choose a favourite brand and stick with it.

Synthetic oil is the best choice for winter temperatures. It flows better for easier starts, and provides better protection from wear. Match the oil to the engine type; small four-stroke engines run hotter than car and truck engines and use a different oil.