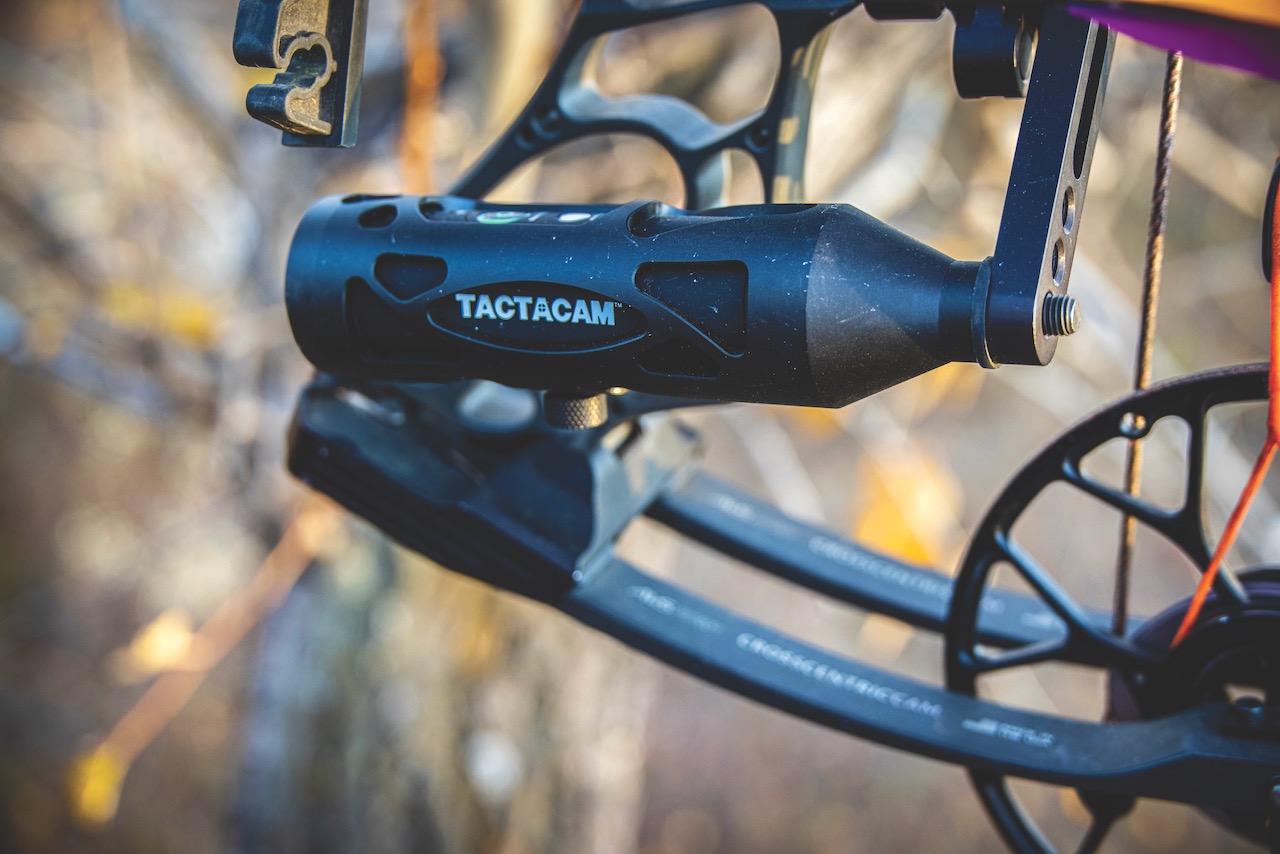 Adding a camera to your bow changes the game
Bowhunting

5 expert tips for archers who want to film their hunts

RELIVE YOUR HUNTS—AND LEARN FROM THEM—BY RECORDING THE ACTION

Thanks to today’s digital technology, it’s becoming easier and more popular than ever for bowhunters to film their hunts. And while using bow-mounted cameras to record the action is definitely worthwhile just to share footage with friends and family, such DIY videos can also provide a good learning tool.

For example, recording your arrow’s release will reveal how steady you hold your bow, or if the bow is torqued. Here’s what you need to know if you’re planning to film your hunts.

Before you begin, consider the drawbacks of bow-mounted cameras. First, you need to pay extra attention to weight, balance and clearance, ensuring the bow’s mechanics are not compromised. And if you’re used to a consistent draw cycle and release, know that a camera will alter that. Be prepared to incorporate that change into your shooting routine so that it becomes second nature when drawing or releasing.

There’s a plethora of mounts and stabilizers available for attaching cameras to bows. Companies such as Tactacam offer mounts that the camera sits inside, for example, helping balance the bow. GoPro makes several different mounts allowing you place two cameras on your bow. That way, you can simultaneously record the flight of your arrow and the target, as well as your own expression. There are also numerous brackets on the market for mounting smartphones (below).

A bow’s weight and balance are critical to holding the bow level and shooting without torquing it, so make sure to centre the mount on the riser. No bowhunter wants to compromise accuracy for the sake of capturing a video—consistent shooting form and clean kills should always be the primary considerations.

Also, keep in mind that anything you add to a bow creates noise and vibration. The mounting system should be tightly secured and, ideally, include a noise-dampening feature to prevent your prey from jumping the string. Avoiding vibration, meanwhile, is key to the quality of your recording—there’s no sense buying mounts and changing your bow’s weight, then not capturing crisp, clear videos.

Most experienced archers don’t grip the bow tightly, but instead use their hand merely as a brace to support the bow at full draw. That’s because a solid grip will torque the bow when the arrow is released. However, this soft-handed approach means the camera will pivot forward when you release. In effect, your good form could mean capturing incredible footage of the ground instead of your arrow flight and intended prey. To avoid that, you need to stabilize your grip after releasing the arrow to keep the bow—and your camera—pointed at the target.

It might sound easy to overcome a change in weight or balance, but when you’re accustomed to feeling your equipment a certain way, adding a camera changes the game mentally and new problems quickly develop. Consider that when deciding whether to record your hunts.

Fortunately, crossbow hunters don’t have the same issue. They can use shooting sticks to ensure the horizontal bow stays pointed at the target for the shot, arrow flight, impact and reaction. Just remember to follow the animal with your bow until it is out of sight in order to capture the entire sequence.

Always think ahead in order to ensure the best results. For starters, remember to bring the proper tools for attaching and tightening the camera mount. You don’t want the mount to fit loosely and vibrate, or cause the camera to fall off altogether.

You also need to consider the elements. Shooting into the sun, for example, will produce videos tainted with sunbursts. On cold days, bring heat packs to keep the camera’s batteries warm, and always carry extra batteries, or a portable USB charger if applicable. Also ensure your camera can handle the temperatures during your hunts. I learned that the hard way while shooting with a new camera in -20°C weather.

In the end, of course, always make the hunt itself your priority. Otherwise, you may find your desire to capture the action will result in no action—or video—at all. And one more thing: don’t forget to smile.