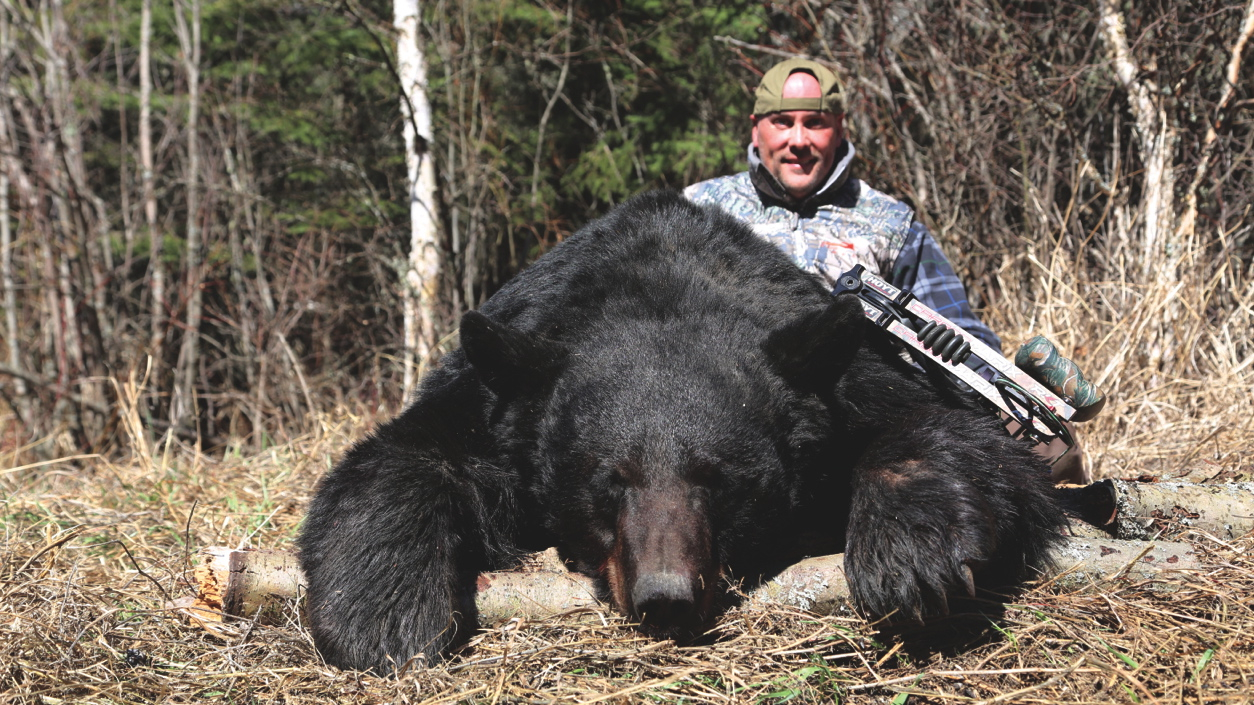 Trophy hunter Gary Gillet, with a Boone and Crockett bear that was taken over bait. Credit: Gary Gillet.
Hunting

A trophy hunter's tricks for getting bears over a barrel

Over the last decade, Calgary bowhunter Gary Gillet has arrowed several Pope and Young black bears, and this past spring he sealed the deal on his first Boone and Crockett bear. A large part of Gillet’s success is his expertise at hunting over bait. “Animals of that calibre don’t come easy,” he says. “You have to do a lot of preparation, sitting and waiting.” For both fall and spring hunts, here are Gillet’s top tips for baiting big boars.

Since you’re investing time, energy and money, Gillet says it’s critical to select areas with healthy bear populations, complete with trophy genetics. The goal is to attract as many bears as possible, including sows, yearlings and trophy boars. Providing a bear population with a variety of copious calories helps create predictable feeding patterns and a competitive environment.

Place bait stations in densely wooded forests along creeks and tributaries of large river systems. Bears feel safe using these natural travel corridors as they approach the site, providing ample opportunity to identify their sex and field-judge their trophy potential. For feeders, use 45-gallon drums with removable clamp-on lids to protect the bait from the elements and allow for quick refilling. Cut a five-inch-diameter hole in the side of the drum, making it tougher for the bear to get at the grub and prolonging its visit.

Black bears eat just about anything, but favourite foods include pastries, popcorn, bread, oats, meat scraps, candy and beavers. You also need a strong odour—the more horrific, the better. Gillet pours buckets of decomposed fish guts around the site to get it “heated up.”

Set up a stand or ground blind 25 to 30 metres from the bait barrel. Take advantage of natural cover, keeping wind direction and the bears’ approach route in mind. Clear as many shooting lanes as possible, right down to removing the smallest twigs. Try to find a balance between cover and ensuring you can see approaching bears. “The true trophy boars may not commit to the barrel,” Gillet says. “If it’s a shooter, take the first ethical shot presented. You may only have a fleeting moment.”

Baiting work best in late fall or early spring, when other food sources such as wild berries aren’t readily available. For true trophy animals, Gillet suggests hunting the rut in late May and early June. Big mature boars are smart, wary creatures that seldom drop their guard, but they can become less cautious during the rut. “Boars will travel many miles between baits seeking hot sows,” Gillet says. “If your bait is hot with sow and juvenile boar activity, it’s just a matter of time.”