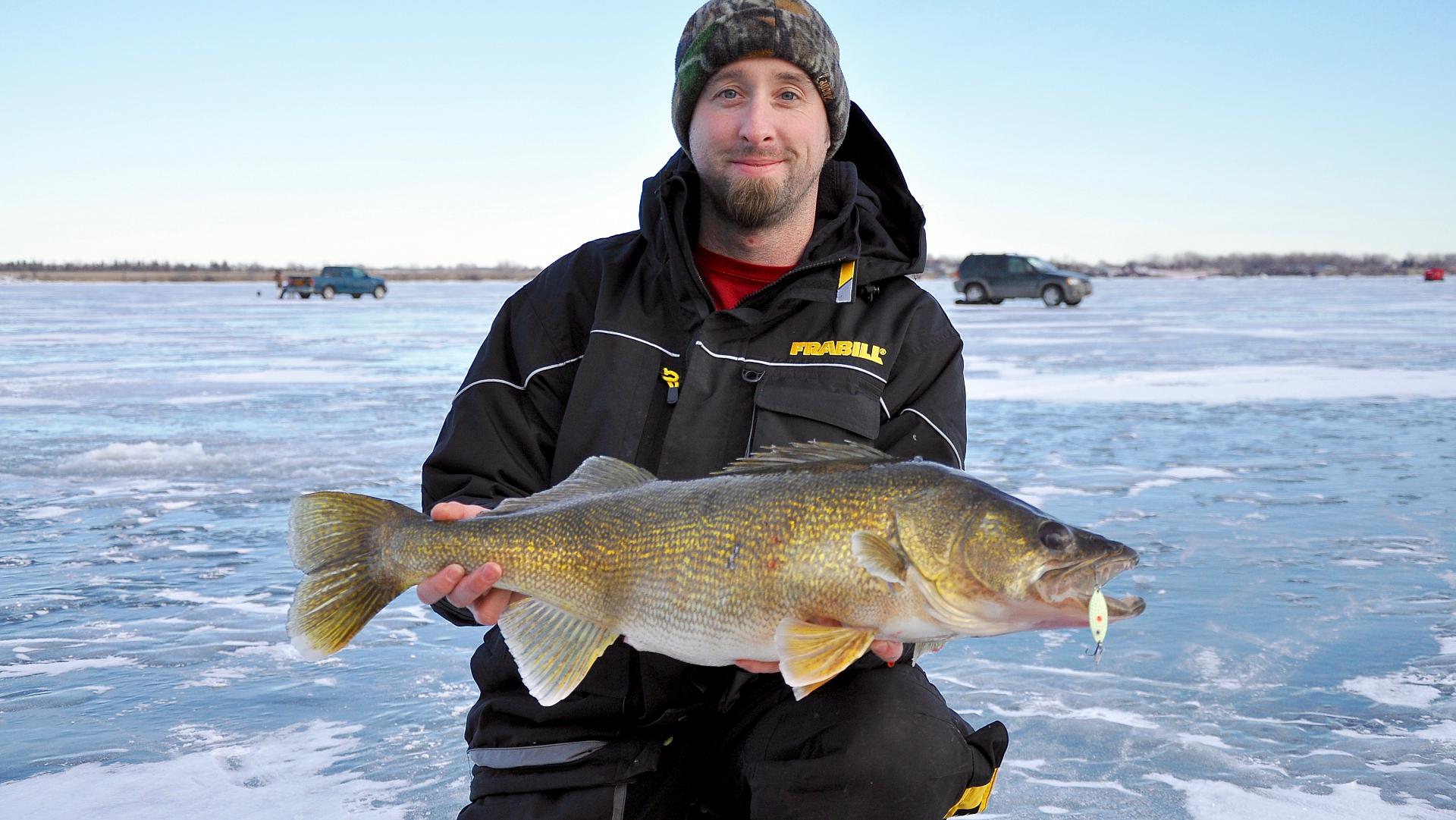 When lakes ice over, walleye generally don’t move too far from where they were prior to freeze-up. So, your best starting points are the spots where the walleye were biting during the final days of open water. These include sandbars, rock piles, sand flats, transitional zones between hard and soft bottoms, ridge lines next to deep-water drop-offs and the edges of old weedbeds. Once you find fish-producing areas, mark the locations—they’ll often prove productive year after year.

The best bites normally occur early in the morning and late in the afternoon, but if conditions are stable, the bite can last all day long. In general, though, feeding fish seem to move from deeper water to shallow-water structure to feed, then back out to deeper water to rest after each meal.

To fish a promising area, drill several parallel series of holes from deep water to shallower water. I like to drill my holes four to five feet apart, and space parallel rows about six feet apart. When fishing in a group, I like to allow two rows of holes for each angler, making sure there are plenty of holes over the prime structure. This lets you fish the structure at different depths, following the fish as they move on and off it.