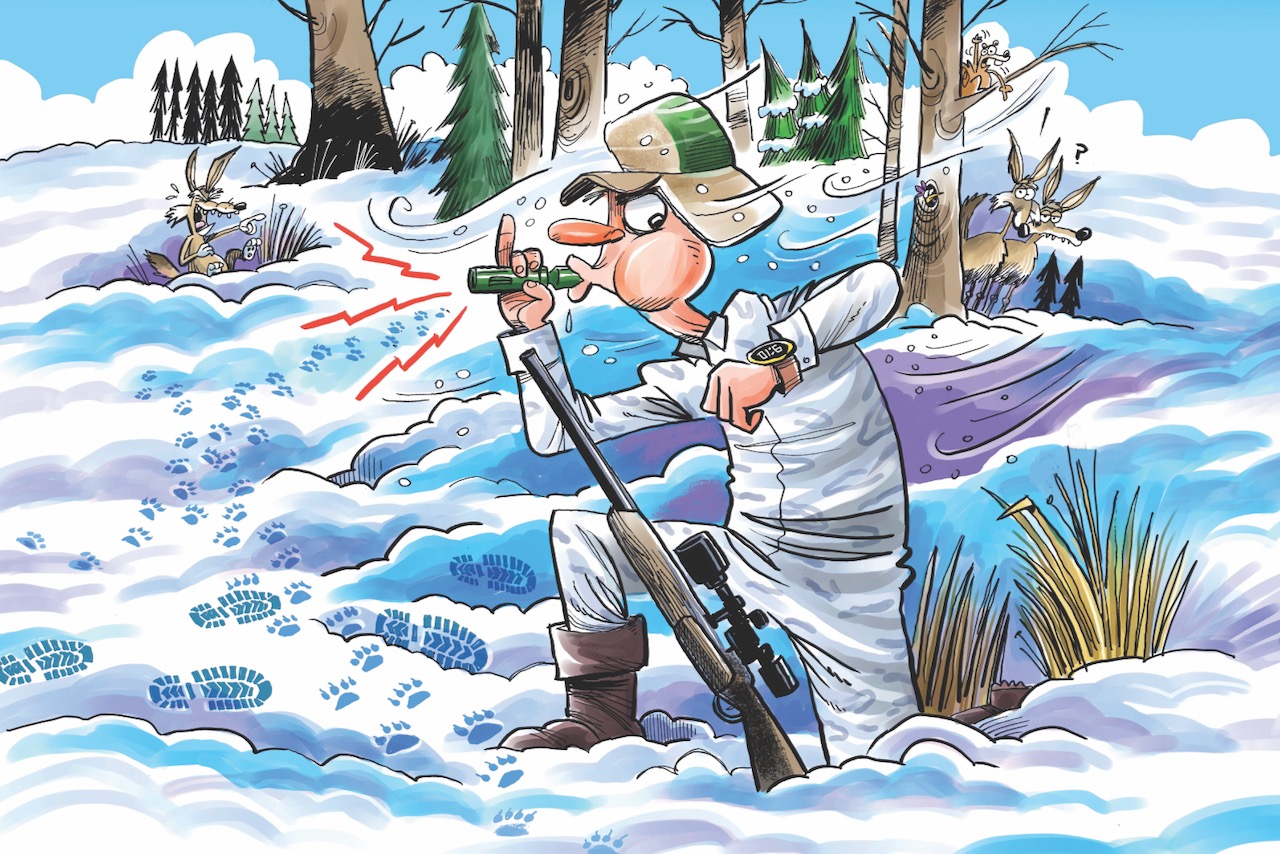 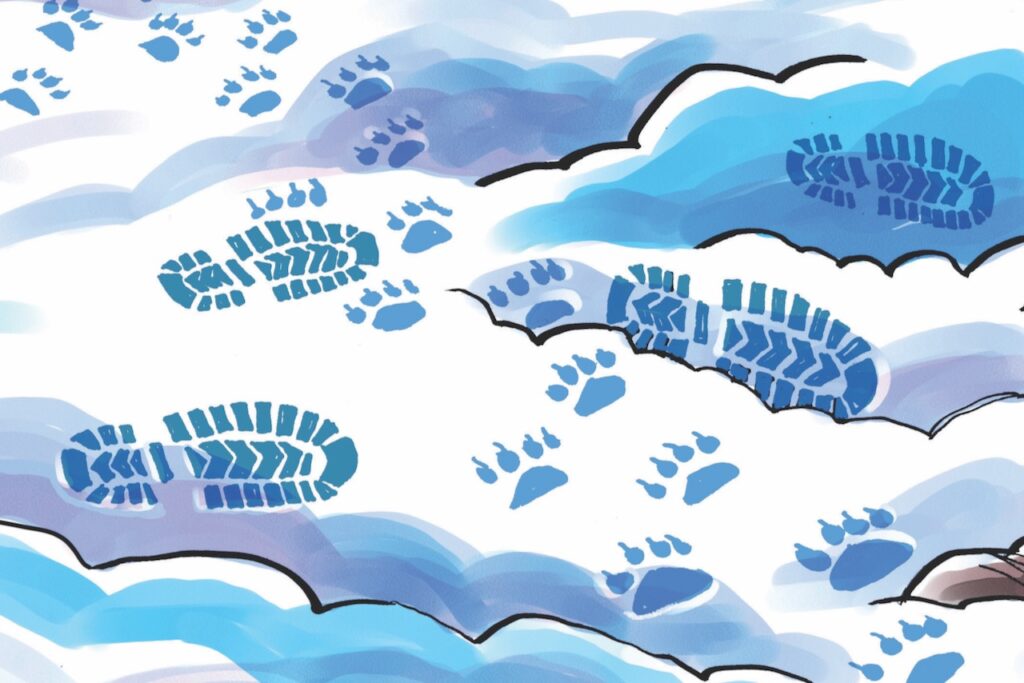 While some of us actively control predator populations year-round, most hunters pursue coyotes during the prime winter fur months, from December through to early March. With the ground typically covered in more than six inches of snow at this time, coyote trails will be visible. The worst thing you can do when moving in to start calling is to walk across those trails, or worse, along them.

No matter how much you spray your boots and clothing with scent eliminator, you’ll never get rid of the human odour—and with each step you take, you’ll deposit that scent in your tracks, as well as on any foliage you brush up against. With that in mind, do your best to sneak in and avoid walking on any coyote trails. I’ve made that mistake myself, and as soon as the coyote hit my boot track, it couldn’t vacate fast enough. While curiosity sometimes gets the best of them, coyotes are always looking for a reason to leave. If they sense anything indicating the presence of a human, they’ll vanish in an instant.

I hunt many different farm properties where I know the travel routes of the coyotes. I know where their main trails are, and I know where they are likely to emerge from cover. For this reason, it really pays to learn the ground you plan to hunt. One example is a valley I hunt that has steep banks. When the snow is deep, I scramble down into the bottom and set up looking along a narrow, frozen creek bed. It’s rare that a coyote doesn’t make an appearance, running down the ice directly into the barrel of my .243.