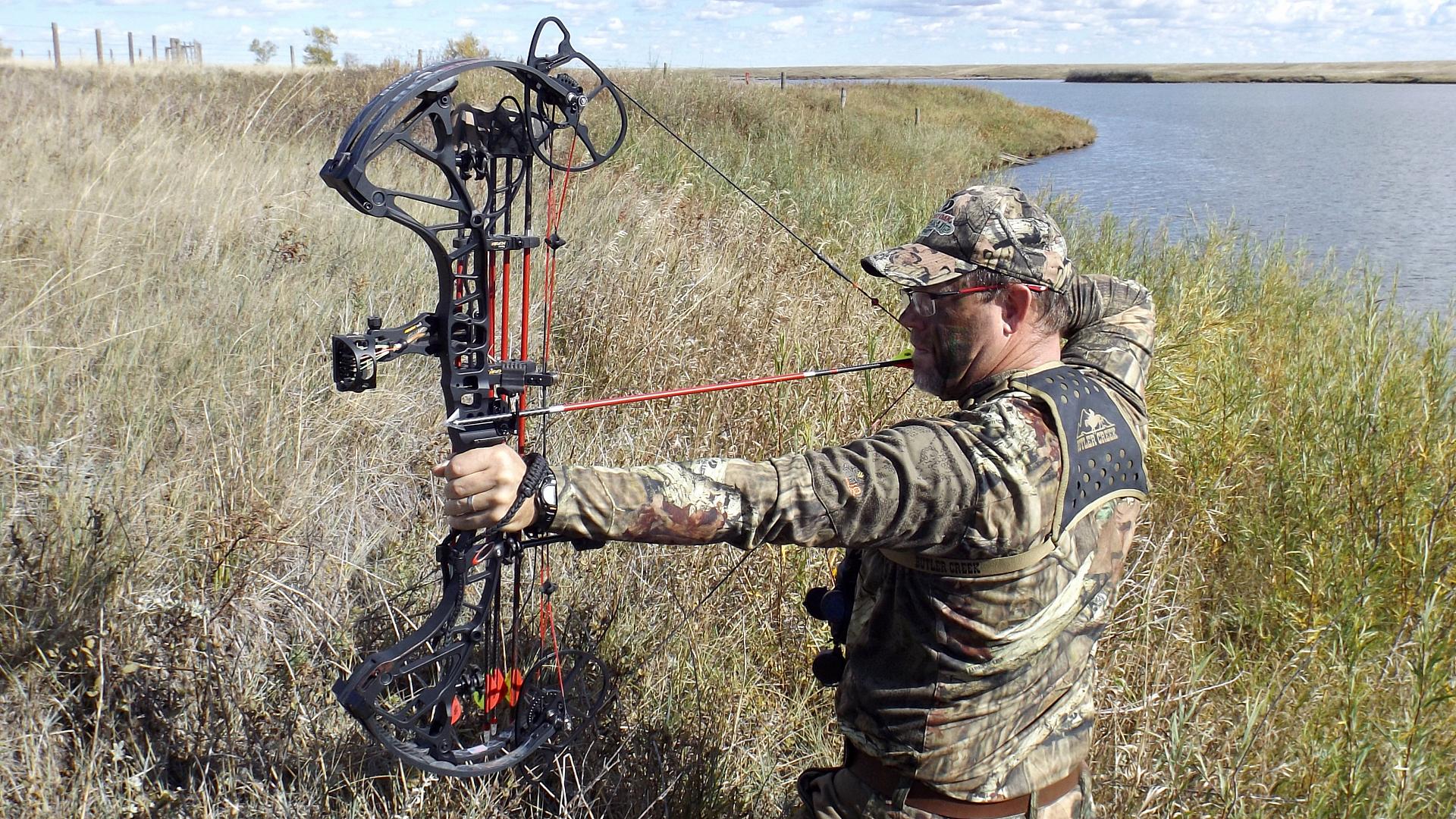 Your bow’s shooting too slow? Try these tricks for a fast fix

With the fall hunting season behind us, there’s no better time to tinker with your bowhunting equipment than now, in the dead of winter. And one of the best reasons to tweak your set-up is to gain a few extra feet per second in arrow speed. Whether your bow is old or brand new, there are several things you can do to make it shoot faster. As a bonus, making changes to your set-up is a fantastic way to get a better understanding of the role speed plays in hunting success. Here’s what you need to consider.

All bows have a draw-weight range, but they often come adjusted below the maximum. So, one obvious way to increase your bow speed is to crank up the draw weight. If you can see a space between the limb and the back of the pocket that holds it in place, you likely have room to increase the weight. Be sure to make the same adjustment to the top and bottom limbs to keep them balanced and tuned.

It doesn’t take a physics major to figure out that a lighter arrow will shoot faster. Remember a few years back when everyone switched from aluminum to lighter carbon arrows, for example? It was a monumental leap forward for arrow speed. When going lighter, just be sure the arrow’s spine rating, measuring its stiffness, matches your bow’s draw weight. Manufacturers make this easy by providing charts online and with every box of arrows. Stay within the manufacturer’s spine limits and you can safely make a switch to a lighter option.

Another great option to increase speed is to switch to arrows with a smaller diameter. Not only do they offer less resistance in flight, they also penetrate deeper. The Deep Six line from Easton started the trend to smaller arrows, and Carbon Express recently jumped on board with the Maxima Red SD.

The need for speed is nothing new, and it wasn’t that many years ago that bowhunters used overdraw rests and shorter arrows to increase velocity. With modern equipment, though, most risers have rests set closer to the shooter, doing away with the need for an overdraw. You can still shorten up your arrows to reduce their weight, however, and gain more speed.

Broadheads come in many different weights, with some fixed blades weighing as little as 55 grains. To get more speed, try shooting lighter than what you’re used to. If you currently shoot 125-grain heads, for example, try switching to 100 grains. You’ll soon learn why it’s the most popular weight in the marketplace.

A longer draw length will often provide a few more feet per second. But to shoot with proper form at a longer draw, you’ll likely need to adjust the length of your release. If you can still shoot comfortably and consistently afterwards, it’s a viable way to get more speed.

Alberta’s Brad Fenson always tunes his bow in the off-season.

When reducing the weight of your arrow or broadhead, you need to ensure you still have enough overall weight to properly penetrate your target. After all, speed doesn’t kill, penetration does. To determine if you’re giving up too much penetration in exchange for a faster-flying arrow, take some test shots at targets.

“The simple way to get more speed out of a given bow is to shoot a lighter projectile,” says Gary Cornum, marketing director of Easton Archery Products. “The speed will increase as weight drops, getting faster and faster.” Go too light, however, and too much kinetic energy will be left in the bow rather than the arrow, making for poor penetration, he notes.

The real advantage of speed is that it reduces the space between your sight pins, giving you more leeway when aiming. More importantly, though, having more speed means there’s less chance an animal will jump the string—allowing your arrow to find its mark.