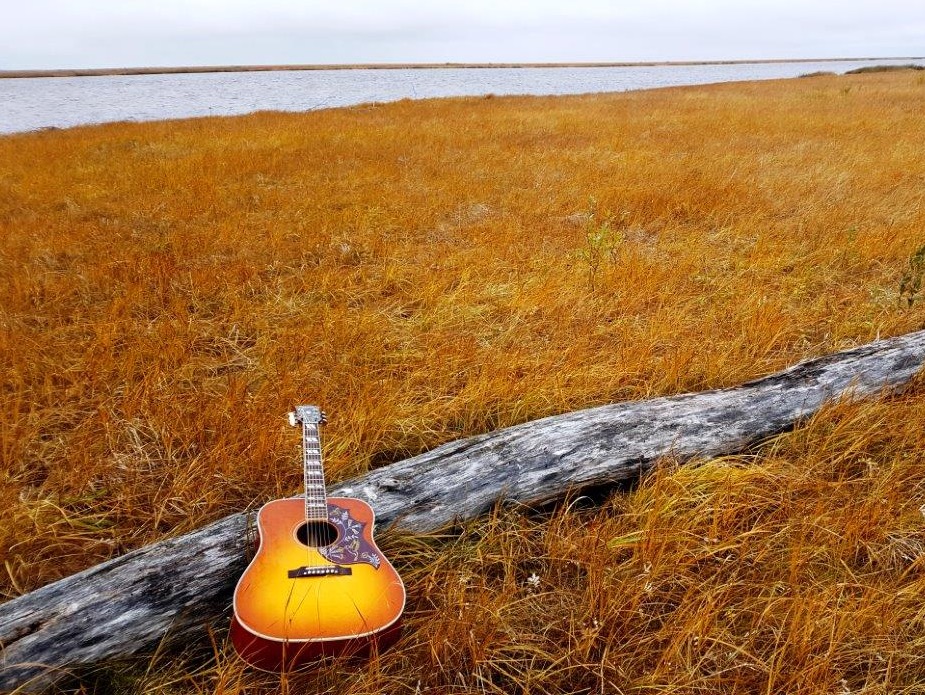 Shot in Attawapiskat and along the starkly beautiful shores of James Bay’s uninhabited Twin Islands, “Leather Skin” depicts the dual nature of Midnight Shine frontman Adrian Sutherland’s career as a rock musician and his yearning for the simple life on the northern land of his Cree ancestors. It also serves as an anthem on resilience.

In the upcoming July/August issue of Outdoor Canada, Sutherland shares his thoughts on the connection between himself, his Cree culture and living off the land of the North. Outdoor Canada also partnered with Midnight Shine to celebrate the release of the “Leather Skin” video. Read on to learn more about the band, Sutherland and the making of the video. —The Editors

While Midnight Shine’s third music video was shot in 2018, the idea for it was first inspired in 2000. Back then, Midnight Shine frontman Adrian Sutherland saw the captivating beach video for Coldplay’s “Yellow” and dreamed of some day making a video of his own on the desolate shorelines near his northern Canadian home. That long-held dream finally came true last October.

Adrian, his wife, Judy, a video crew of three and a boat filled to the brim with production gear took off from the isolated Cree community of Attawapiskat, Ontario. They headed out on the Attawapiskat River and into the frigid, open waters of James Bay, travelling north for 90 minutes before finally reaching two tiny landmasses. 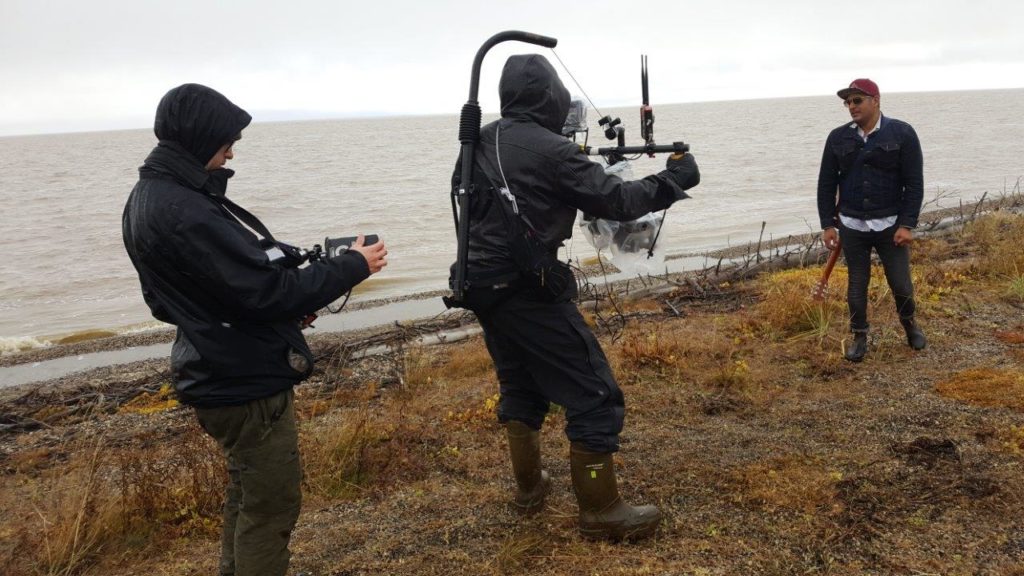 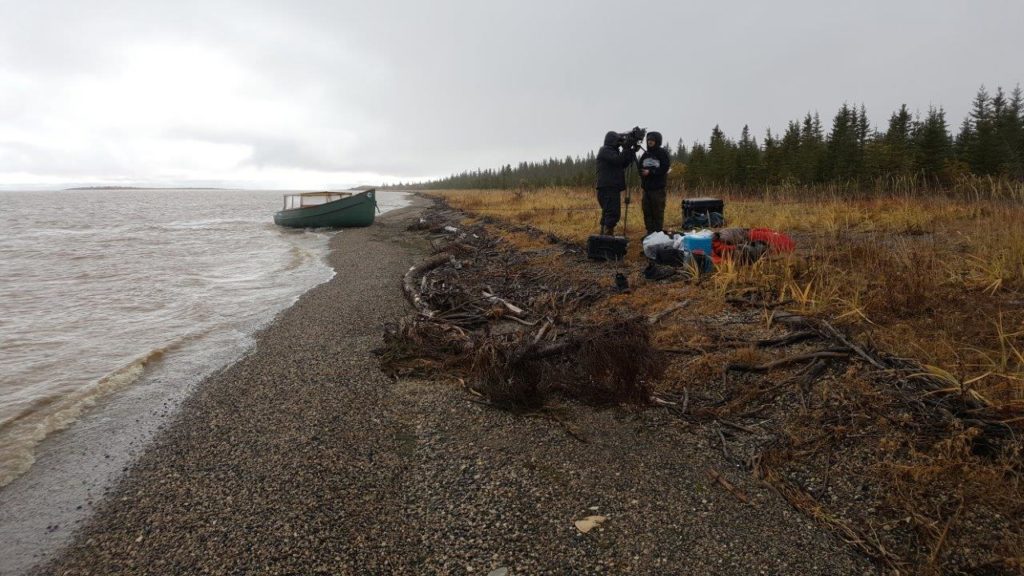 The Twin Islands are rugged, remote and uninhabited by humans except for the occasional hunters stopping to rest or wait out the ocean tides. Even though the area is the traditional territory of Ontario’s Mushkegowuk Cree, maps set the Twin Islands within the boundaries of Nunavut.

Not only was this particular beach challenging to get to, it was even more difficult to stay for very long. Once the video crew landed on the shore, they had just two hours to get their footage and get off the beach—or get stranded until the next tide rolled in about 24 hours later. The boat also had to be continuously pried away from the beach, with the ever-receding tide and fierce winds constantly threatening to run it aground for good.

Despite the harsh conditions, the location was exactly where Sutherland wanted to make the music video. “I often think about going to my favourite place,” he sings in “Leather Skin,” peering into the camera as he strolls along the stunning James Bay shoreline while temperatures hover near 0°C. 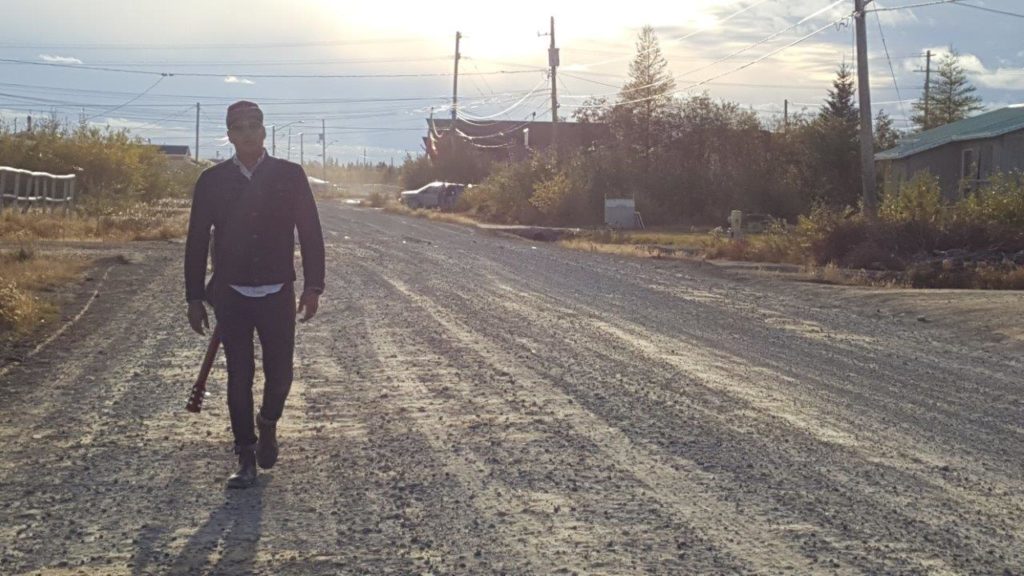 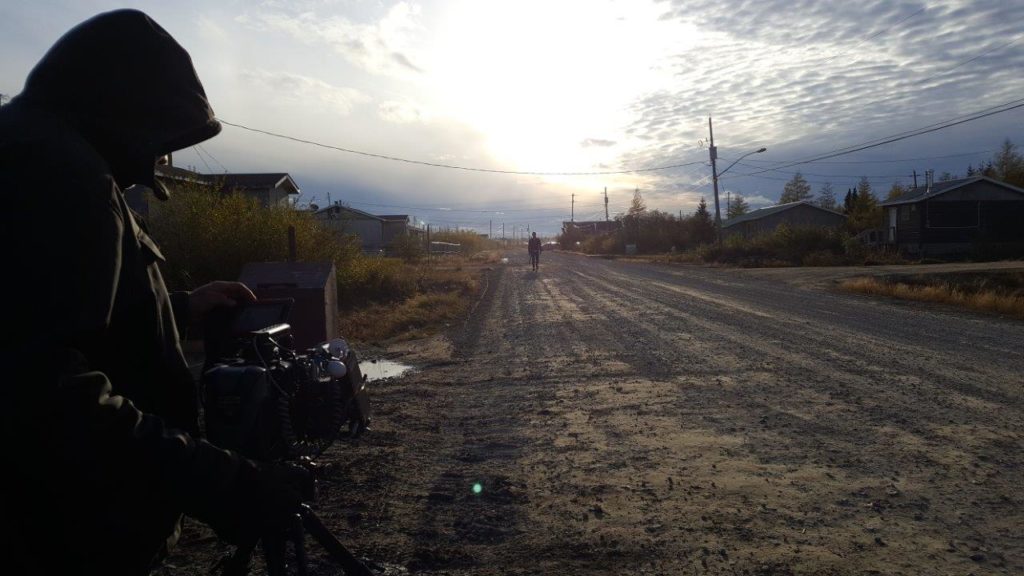 With spectacular footage from the Twin Islands cut together with shots from the dusty streets of Attawapiskat, “Leather Skin” shows both sides of Sutherland’s life—the pursuit of music in the contemporary world juxtaposed with his simple, traditional life out on the land, his truly favourite place.

In the end, “Leather Skin” just might be the most remote music video ever shot in Canada. It may even be the coolest music video, too, after a heavy dose of unexpected weather ended up tying the footage all together in the most unbelievable and serendipitous way.

“Leather Skin” is executive produced by Adrian Sutherland (Attawapiskat), with his manager, RoseAnna Schick (Winnipeg), producing and co-directing, and Cliff Hokanson (Vancouver) directing and shooting the cinematography. The video was made possible with support from Canada Council for the Arts and Air Creebec, with launch partners Outdoor Canada magazine, Canadian Musician magazine, 106.5 ELMNT FM in Toronto and the 2019 Yorkton Film Festival. 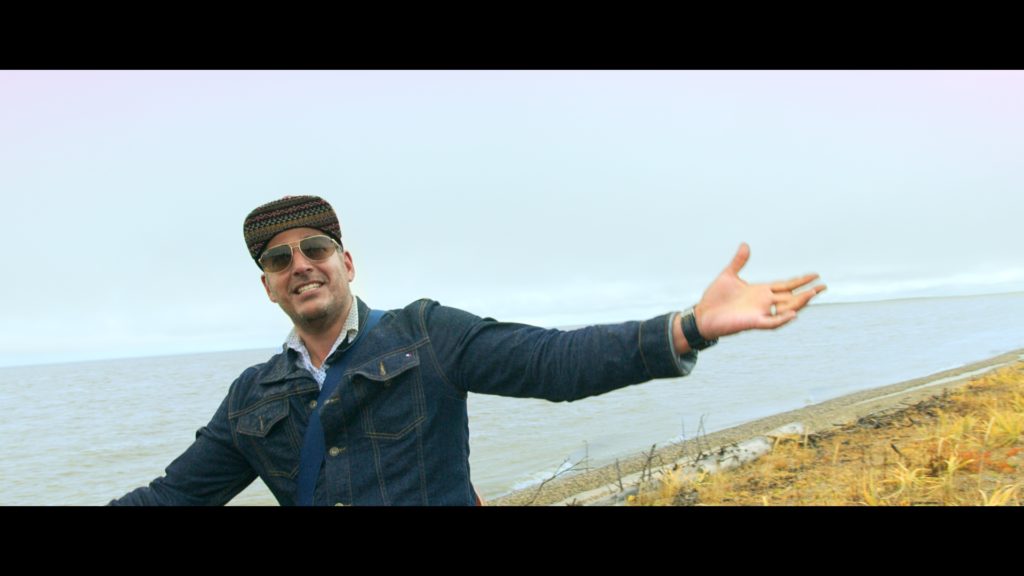 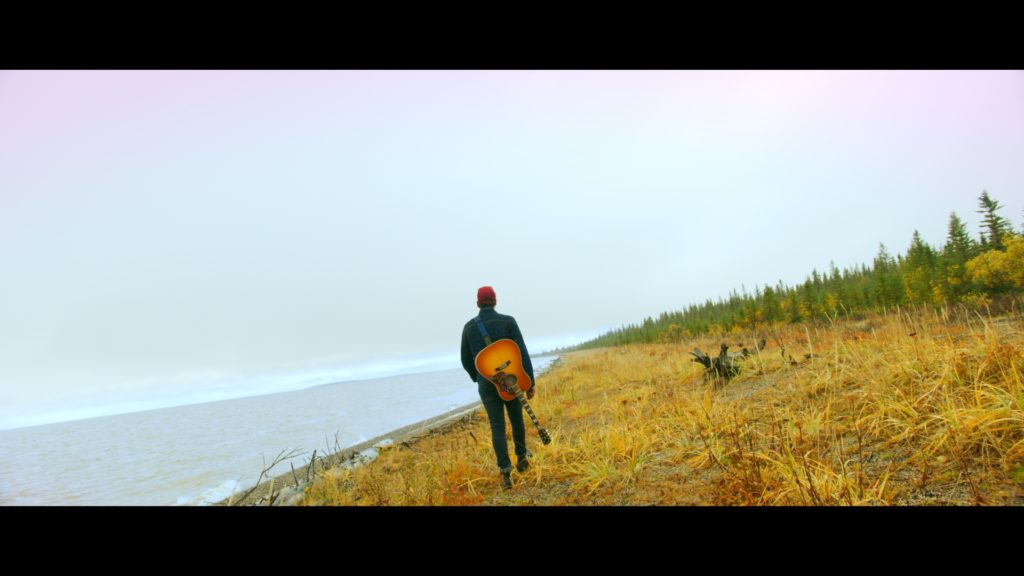 Written by Adrian Sutherland, “Leather Skin” is about resilience. It’s about developing a thick skin and not letting others knock you down—a theme many undoubtedly relate to, including Sutherland himself: “I’ve been through so much BS in my town, and in my life, but I’ll keep getting back up no matter what. I’ve always fought my way through bullying, even as I got older. All of that gave me thick skin.” 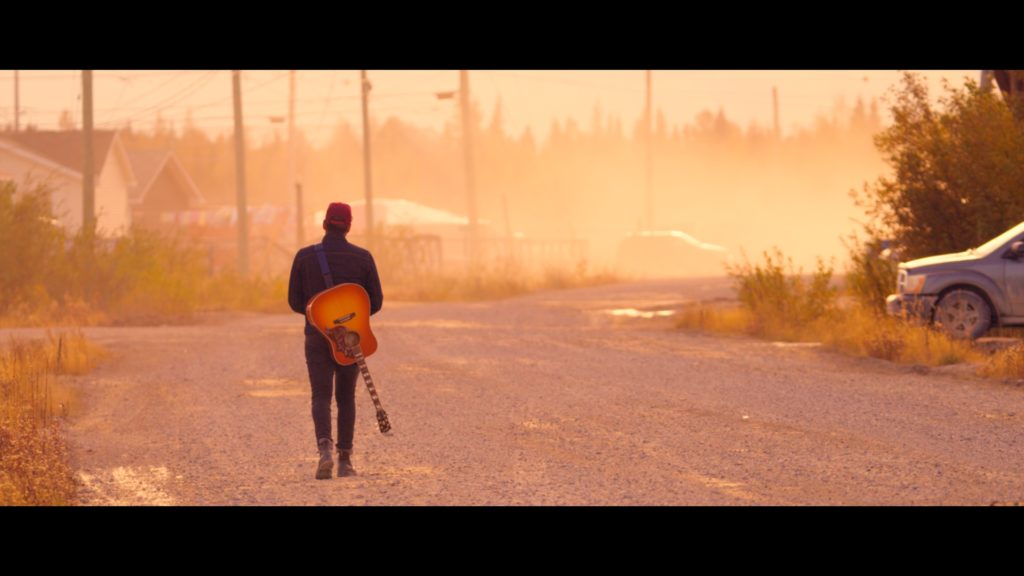 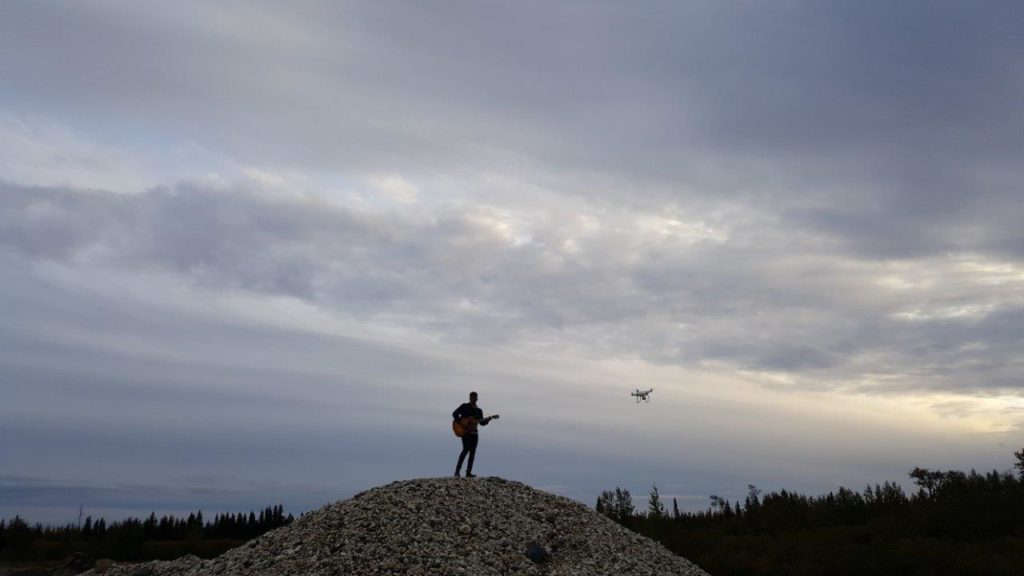 Produced by Tim Vesely of the Rheostatics at the Woodshed Studio in Toronto, “Leather Skin” is from Midnight Shine’s third album, High Road, which was released in the spring of 2018. Performing on “Leather Skin” is Adrian Sutherland, Stanley Louttit, Zachary Tomatuk, Zach Sutton and Tim Vesely.

This article and accompanying photos were provided courtesy of Midnight Shine.