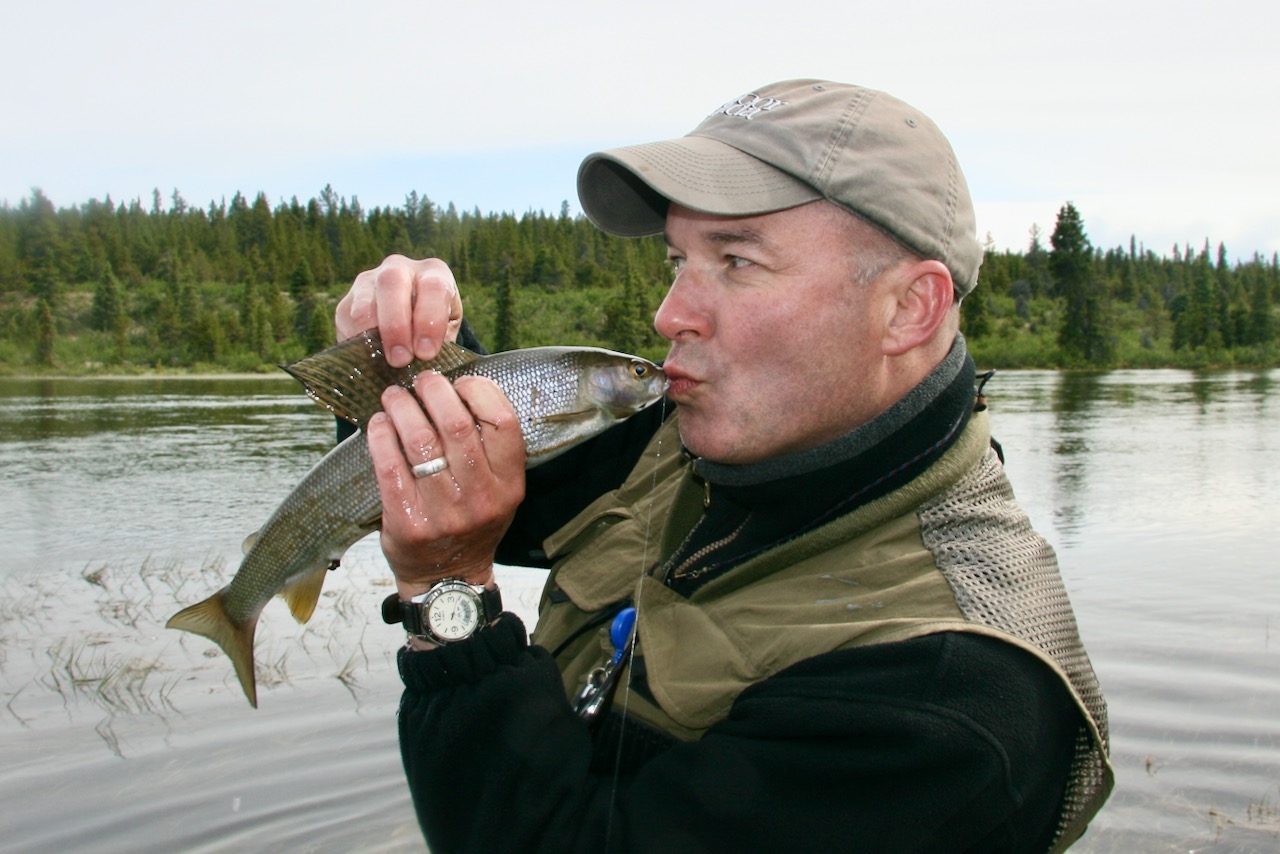 A traditional public display of affection for our finned friends

Some anglers say it’s a sign of respect, a thank you of sorts to the fish for putting up a good fight. Others suggest it’s to bring themselves good luck the next time they head out on the water. Then there’s the camp that maintains it’s just a way of saying goodbye to the fish and wishing it well. Still others contend it helps take away the sting of getting hooked. Whatever the case, kissing a fish before letting it go signifies the angler, in one way or another, is showing admiration for the finned creature.

Puckering up for the catch of the day isn’t for everyone, of course. There are those who believe the practice to be unhygienic, and, well, just downright yucky (I don’t even want fish slime on my hands, let alone on my lips!).

But for the seasoned outdoorsfolk among us, the guys and gals who don’t blanch at the thought of a little fish slick, going smacker to smacker with a big bass, trout, walleye or any other fish that swims is no big deal. Rather, it’s simply one of those time-honoured outdoor traditions we really don’t give that much thought to. Smooch a fish? Why not?

On the island of Newfoundland, the locals take the fish kiss to the next level—throw back a shot of fiery Screech rum, lay a peck on a cod and, yes b’y, you’re suddenly an honorary Newfoundlander. That a maritime culture would include the kissing of fish in its rituals shouldn’t come as a surprise. Actually, it shouldn’t come as a surprise that laying lips on fish is a common practice all across this water-rich country. We are a nation of anglers, after all, and we love our fish. And we’re not afraid to show it.

Outdoor Canada editor-in-chief Patrick Walsh has kissed many a fish, including this grayling on the Yukon’s Wolf River.