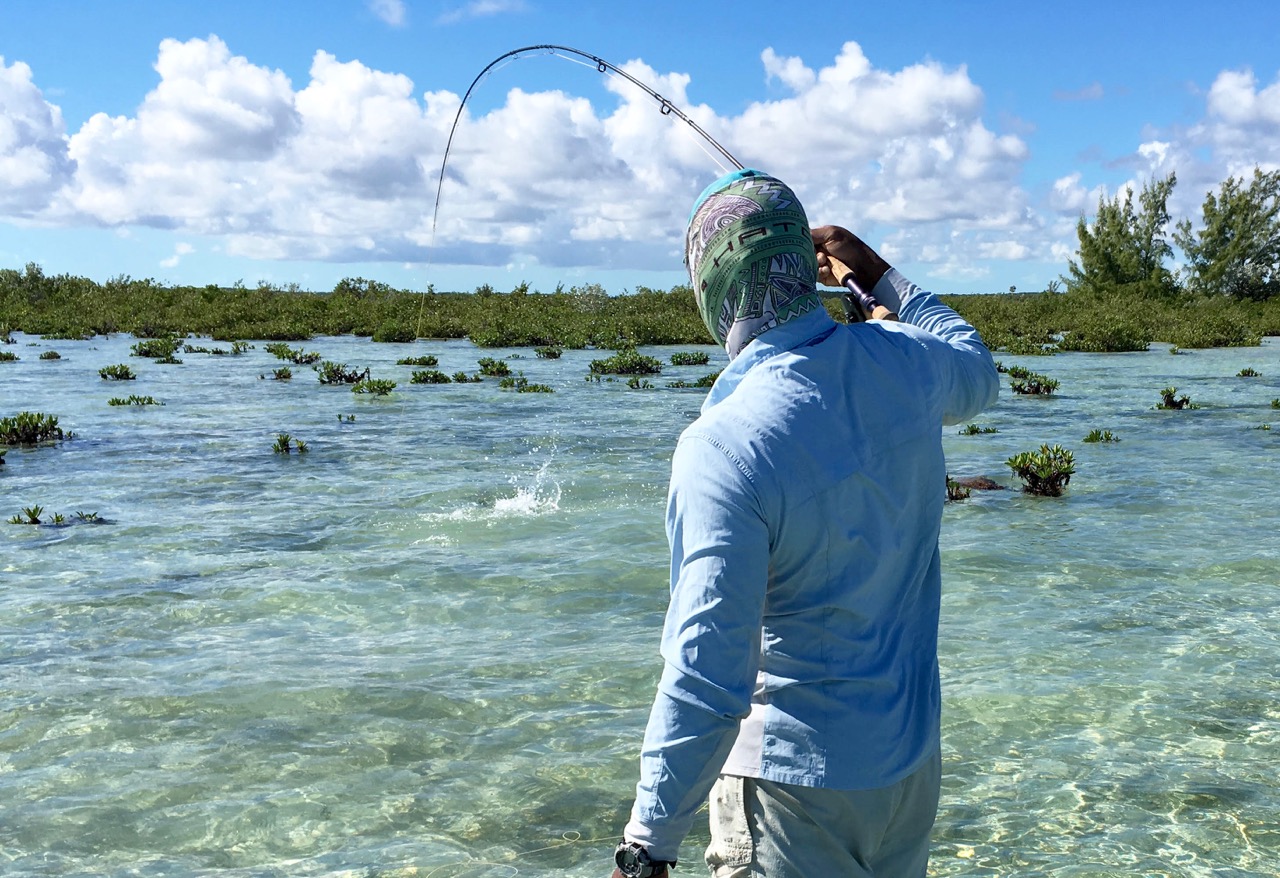 Why bonefishing in the Bahamas is a must-do winter adventure 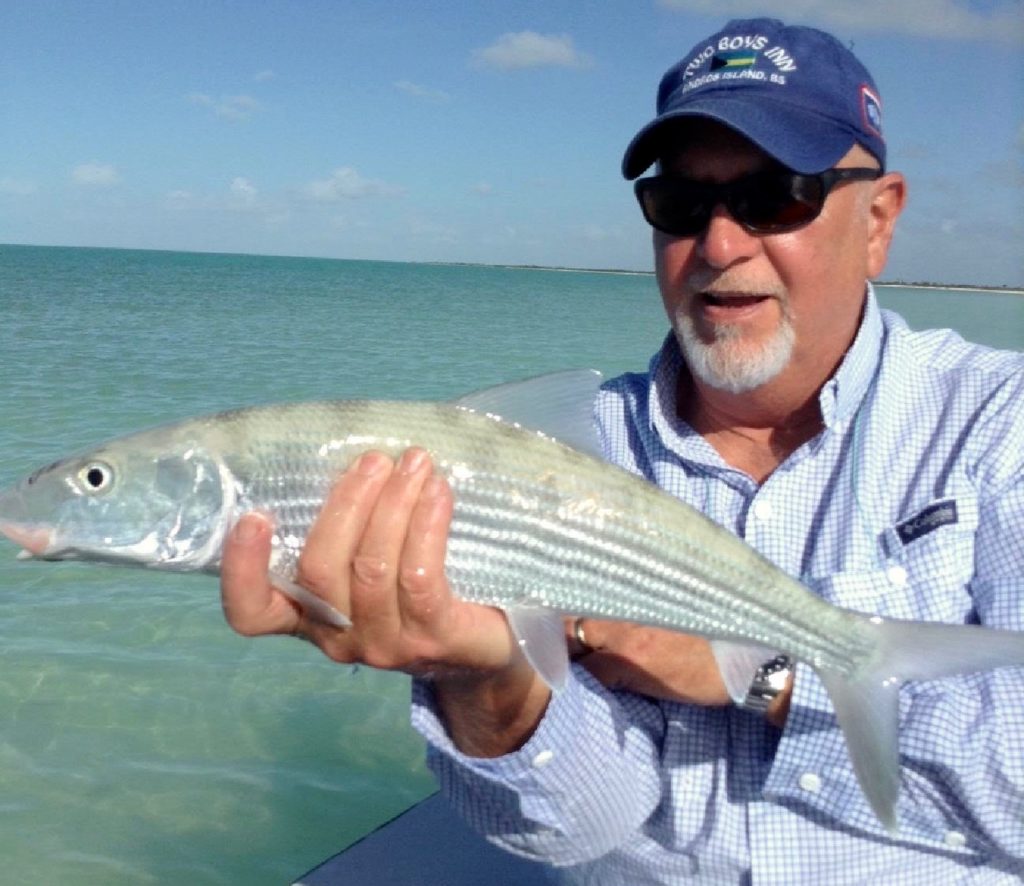 Staking out and waiting for the schools to approach

On our last day on Andros, my friend Chris Clackner (above) and I traveled with lodge-owner Neymour to the West Side of the island. There we staked out our poling skiff at the end of one of the many long, shallow shoreline features that run along the National Park. For hours, Chris and I took turns casting to passing schools of 60 to 200 fish, parading down the shoreline straight at us (below, where each faint grey shadow is a bonefish).

Adding to the excitement, were the occasional appearances of sharks and barracuda popping up out of nowhere to take a bead on the fish we hooked. Barracuda can be a menace to a hooked bonefish; you need to quickly guide the bone into the boat, so you can release it out of harms way. Fortunately, even a hooked bonefish is so swift and agile that it’s surprisingly adept at outmaneuvering a six-foot shark in shallow water. Guides and anglers work to end the fight early and release the bonefish in the direction of a safe escape route.