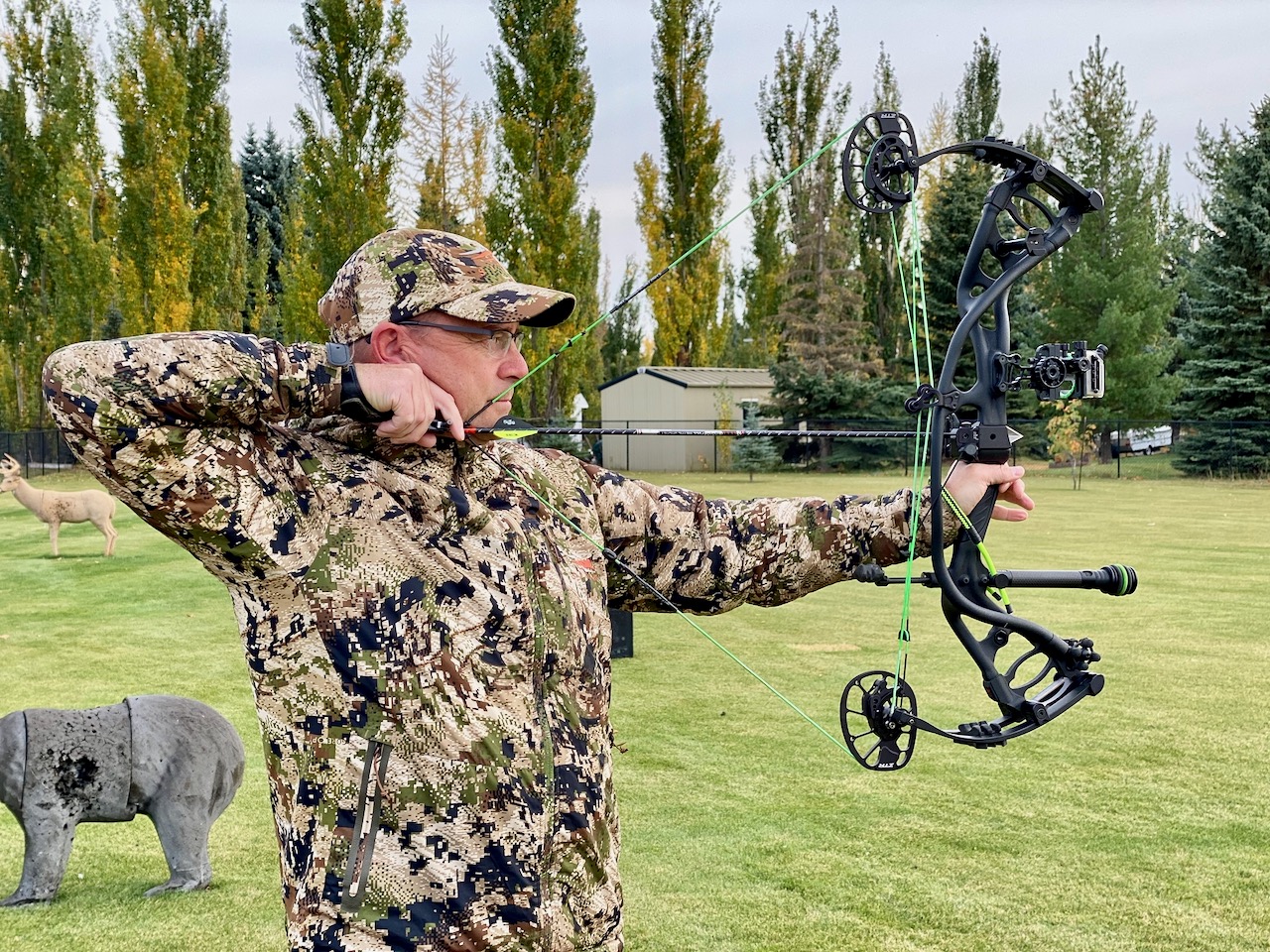 Want to improve your bowhunting? Practice archery all year long

The cool morning air made for a chilly sit in my treestand. I had just finished a rattling sequence when I heard footsteps in the dry leaves. Sixty yards away, a wide-antlered whitetail was closing in fast. When he stepped behind a spruce tree, I drew back, anchored, settled my 20-yard pin on his chest and followed his movements. I soon stopped him with a soft grunt, then sent my arrow on its way. When it passed through his chest, he kicked, ran and disappeared. As I pulled the crimson shaft from the forest floor, it was clear the buck wouldn’t be going far—and that all my off-season practice had paid off.

Every archer’s goal is to draw, anchor, aim, release and follow through consistently and accurately with every shot. Here’s what you need to focus on if you want to stay in good shooting shape until the next hunting season rolls around, and beyond.

Shooting a bow involves the use of specific muscles and parts of your body that you often don’t use in typical day-to-day activities. If you’ve ever picked up your bow after not using it for a month, you know what I mean. When you’re out of practice, it’s common to strain to go to full draw, and possibly shake until the release. Consider the contemporary fitness movement, and it doesn’t take long to see a correlation between regular activity and positive results. Hardcore bowhunters are all about staying in shape, and maintaining the muscles required to handle their equipment on demand. Daily reps, with the end goal of kinesthetic awareness, is key.

There’s a significant mental component to archery, and especially bowhunting. Almost everyone experiences buck fever, that unmistakable flood of adrenaline that often robs us of our composure and distracts us from our otherwise perfect form and shooting technique. Fortunately, you can do several things in the off-season to overcome that, starting with shooting at 3D targets. This provides realistic practice opportunities, usually in field-like conditions. However, shooting a 3D target doesn’t come with the same kind of pressure as does shooting a real animal.

One of the best ways I’ve found to practise in the off-season is to shoot under a time constraint. Reps are important, but creating realistic shot scenarios is even better. When you’re hunting, an animal rarely offers you more than a few seconds to release an arrow. By limiting yourself to a five-second shot window, for instance, you can develop the ability over time to execute your shot process quickly and efficiently. That will help you to avoid panic when real shot opportunities arise during an actual hunt.

Every time you pick up your bow, be mindful of your form and shooting routine. Go through the same motions each time you shoot. And while your stance is critical in a shooting tournament situation, real-life hunting scenarios rarely afford you the time to worry about perfect foot or body alignment. For that reason, it’s important to practise shooting from a variety of positions, such as sitting and kneeling. Also keep it real by practising in your hunting clothes, and with an elevated heart rate.

Your shooing position aside, it’s vital to maintain proper form during off-season practice—everything you do from your shoulders up must be consistent and proper in order to shoot accurately. Your alignment, grip, back tension and follow-through after the release must be comfortable and consistent with every shot. The same goes for your peep sight position and anchor point (under the earlobe for wrist-strap release shooters, or at the jawline for handheld release-aid shooters).

Even after 30 years of shooting a bow, I constantly remind myself of the importance of concentrating on my shooting technique. That’s because archers and bowhunters commonly develop problems ranging from target shyness and grip torque to punching the trigger instead of utilizing back tension and more. The idea behind regularly practising is to address those problems and develop impeccable shooting skills before the hunting season begins. It’s equally important to then maintain your daily shooting routine throughout the season. Too often, bowhunters will practise before, but not during the season, which is a mistake that can cost them hard-earned shot opportunities.