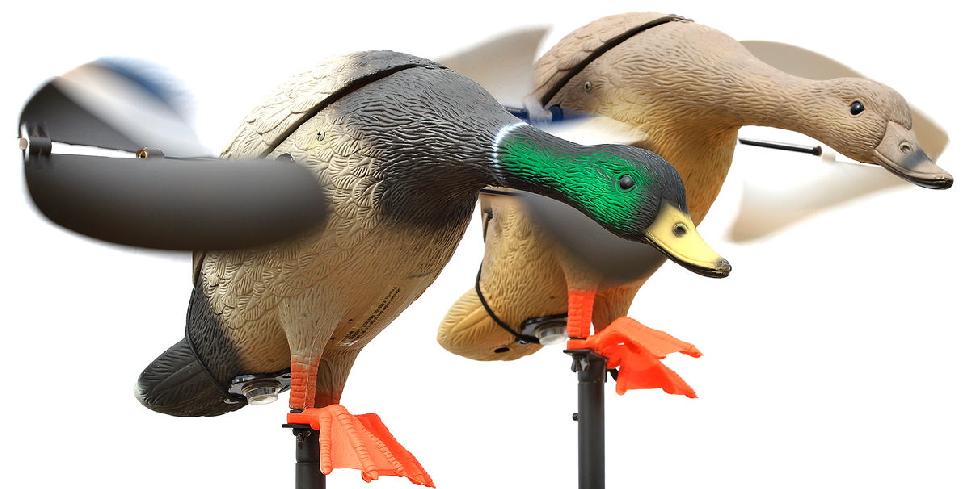 Are the Ducks Ignoring Your Decoys? Try a Little Motion

Over the years, waterfowlers have devised many strategies for luring ducks into shotgun range, including motion. The understanding that motion attracts ducks is not new—back in the 1800s, for example, the Nova Scotia duck tolling retriever was developed on the very premise that its wagging tail attracted curious ducks. And until they were outlawed in lockstep with the demise of market hunting, tethered live birds were the decoys of choice.

Duck tolling retrievers aside, today’s waterfowlers have a number of options for giving their spreads some motion. If you’ve been staring in vain at a lifeless set-up that seems to flare more birds than it attracts, try one or more of these tactics for getting things moving.

The use of jerk cords was the initial step towards mechanized decoy movement. Jerk cords are just that—cords tied to floating decoys that, when jerked, make the decoys bob and swim. The movement also creates a ripple effect, making other decoys move as well. While rudimentary by today’s standards, jerk cords remain both effective and popular. They’re particularly useful in small ponds.

While the wind tells hunters where to set up their blinds and decoys, it can also be harnessed to impart motion on your spread. Windsock decoys have long been a staple for waterfowlers; they’re light and portable, making them easy to carry and quickly arrange into large spreads. The latest iteration is the Sillosock-style decoy, which melds the silhouette decoy with the windsock. Kite decoys in various forms came next, creating movement above the ground to give approaching birds the impression others are already settling in.

The obvious downside to wind-activated decoys, however, is they’re of little use when there’s no wind. The irony here is hunters benefit most from having motion among their decoys on windless days, when calm flying conditions make it easier for ducks to otherwise detect decoys and blinds.

Flagging arrived next on the evolutionary path of motion decoys. While the waving of flag decoys is popular among goose hunters, it’s also proven to be effective on ducks. It’s especially good at attracting the attention of birds a long way off and for convincing reluctant incomers that it’s safe to land. And the flags themselves are cost-effective—they’re easy to make, while the commercial versions are very affordable.

When electricity was added to the mix, motion decoys advanced to a whole new level. It all began with battery-operated floating pucks that vibrated to create little ripples on the water, which in turn made the decoys move. Over time, those evolved into tethered decoys that would swim in circles.

The real game changer was the introduction of the Robo-Duk in 1998 (see “Motor morals” below). Today, motorized spinning-wing decoys are a staple for duck hunters, whether they’re shooting over water or in a field. Available in a wide variety of styles, most of these decoys are remote-controlled and operate on rechargeable six-volt batteries. Elevated on posts, they can be used in the field or in shallow wetlands. For deep water marshes, they’re also available attached to floating platforms.

Irrespective of how or where you hunt ducks, the evidence is clear—spinning-wing decoys can boost your odds. Published research has shown the number of ducks killed using spinners increases significantly, in some case by as much as six times, compared with using traditional decoys. And it’s been demonstrated they’re more effective the farther north you go, which is good news for Canadian hunters.

Hunters have long known that motion decoys effectively attract ducks, while also drawing the attention of approaching birds away from your blind. Today, the spinning-wing decoy is the ultimate motion decoy—only time will tell what the next generation will look like. 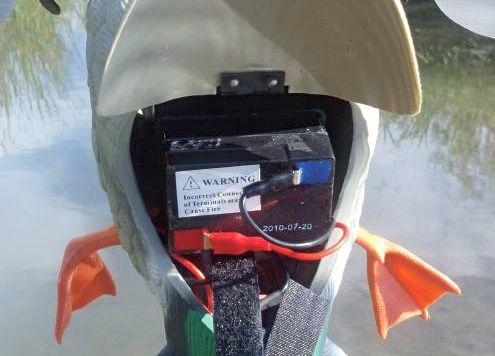 The hunting community has been debating the ethics of motorized spinning-wing decoys since they were first introduced in 1998. Over the years, these decoys have been legalized, then banned, then legalized yet again in several states. Here in Canada, they’re legal in all provinces. Do they provide an advantage? Absolutely. But whether that advantage is unfair is questionable, especially considering this country’s relatively low waterfowl harvest. As with many otherwise legal hunting practices, it’s up to individual hunters to decide for themselves if motorized decoys meet their standards for fair chase.