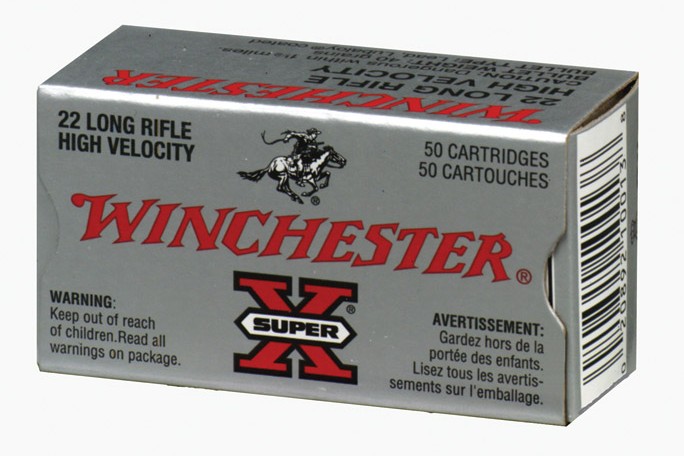 Most of us got our start with a rimfire .22-calibre rifle. As Canadians, that .22 was likely to be a single-shot Cooey—only the lucky kids got a bolt-action or pump repeater. Single-shots were considered “plinkers,” an apt description given we did just that, plink away at tin cans or the occasional brain-addled woodchuck or gopher that would sit still long enough for us to zero in on him. As you’ll see, things have changed.

Time was, there were three .22 cartridges available—Shorts, Longs and Long Rifles—the primary difference being the relative lengths of the cases and the weights of the bullets. The .22 Short has the honour of being the cartridge with the longest continuous production run, having first been introduced in the blackpowder days of 1857.

The .22 Long, meanwhile, featured an extended case, allowing for more powder and subsequently increased velocities. Like the Short, it was loaded with 29-grain bullets. Finally, the Long Rifle (LR) cartridge featured a heavier bullet at 40 grains that was actually a slower round than the .22 Long. Of course along came smokeless powders and everything changed. The .22 Long has all but disappeared, and the Short is rarely seen today.

These days, the .22 LR accounts for more ammunition sold than any other single cartridge. Standard velocity and match-grade .22 LR cartridges produce subsonic velocities and are used predominantly by target shooters. The hunting community has adopted high-velocity and hyper-velocity loads, which increase muzzle velocity from an average of 1,135 fps in standard velocity by as much as 300 fps. These hunting rounds are typically loaded with bullets in the 36- to 40-grain range, and while they’re inherently not as accurate as the standard velocity type, they’re more than sufficient for most applications.

For small game, the .22 LR is practical out to about 100 metres. Beyond that, trajectories fall off pretty sharply. At reasonable ranges, however, they’re an ideal round for squirrels, gophers, rabbits and hares, woodchucks and other small animals, including grouse. Ammunition for the .22 is downright cheap, making it the ideal plinker to this day.

Described as a .22 LR on steroids, the .22 Winchester Magnum Rimfire (WMR) was introduced in 1959 as a cartridge capable of taking larger game at extended ranges. It features a wider and longer case than that of the .22 LR, though it’s typically loaded with similarly sized bullets (35 to 40 grains; in recent years, 50-grain pills have been introduced).

With velocities hovering around 2,000 fps in some .22 WMR loadings, trajectories are much flatter, and downrange energy is nearly double that of the .22 LR. That makes this round capable of taking fox and coyotes out to 150 metres. With hollow-point bullets, however, the round is much too destructive inside 50 metres on any small game you’re hoping to eat, such as rabbits.

The year 2002 was a milestone in the rimfire world, with the .17 Hornady Magnum Rimfire (HMR) introduced to much fanfare. This cartridge’s pedigree can be traced to the .22 WMR, which was essentially necked down to take a .17-calibre bullet. Most often loaded with 17-grain projectiles, the .17 HMR is a screamer, achieving velocities in excess of 2,500 fps. Though less than 10 years old, it has generated a growing legion of supporters. As a result, new loads are being developed regularly.

In many respects, the .17 HMR is an in-between round—the higher velocity ensures a flatter trajectory than does the .22 WMR, but it lacks the downrange energy. Enthusiasts find it lethal on gophers and other small game out to 200 metres and beyond, but for coyotes and similarly sized varmints, practical maximum ranges are closer to 100 metres.

In 2005, Hornady followed up the .17 HMR with the .17 Mach 2, a cartridge that’s more or less a .22 LR necked to .17. Its velocities are slightly higher than those of the .22 WMR, though energy is measurably less. This cartridge has not caught on with shooters, or manufacturers, to anywhere near the degree the HMR has, and only time will tell if it stays with us for very long.