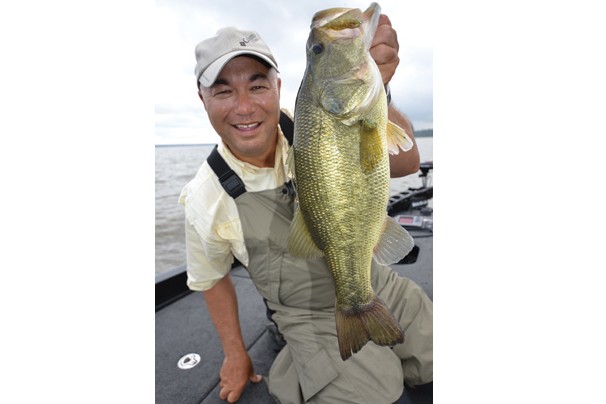 No one in Canada has won as many bass tournaments as Bob Izumi. The affable host of TV’s Real Fishing is the only Canadian angler ever to win the triple crown of fishing, capturing the Canadian Open, the Classic Championship and the Angler of the Year title in a single season. So, what’s his one big regret when it comes to leaked secrets?

“There is no question about it,” says Izumi. “It would be flipping for largemouth bass. Once I learned how to flip in the mid-1980s, my brother Wayne and I won just about every tournament we fished. In fact, we were upset with ourselves when we didn’t win.”

Izumi’s infatuation with the technique began when he read about Californian Dee Thomas, the “Father of Flipping,” using a long, stout rod and thick line to dunk a heavy jig into cover. Intrigued by the monster bags that Thomas was catching, the young Izumi befriended Dave Gliebe, another California flipping pioneer, and began thinking about how he might use the technique in Canadian waters. The rest, as they say, is history.

Izumi still remembers his first dedicated flipping rod, a 7 1/2-foot Flippin’ Stik from Fenwick. “I’d never flipped in my life, so I took it home and practised the underhand back-and-forth pendulum motion in my living room,” he says. “Then I went to an old stone house in Lake Erie’s Rondeau Bay, where I could usually catch a largemouth bass on a crankbait or spinnerbait. I positioned the boat about 10 feet away from the stone foundation, flipped in my jig-and-pork-chunk combination, and watched my line shoot sideways. I was shocked—a three-pound largemouth ate it on my very first flip.”

Quickly realizing how much more effective it was to flip a bait instead of cast it, Izumi kept practising until he could drop a jig-and-pig into tiny pockets in weeds, reeds and lily pads, as well as around fallen trees and boat docks. Secretly mastering the technique, Izumi remembers the “incredible” action of those giddy early days. “You could knock them on the head, and catch the biggest bass in the lake,” he says. “These fish had never been pressured and they’d never seen a bait presented this way. Wayne and I would go to Ontario’s Lake Scugog, Rice Lake or the Bay of Quinte and it was silly.”

All these years later, Izumi says flipping is still one of his favourite techniques—his go-to presentation when the sun is shining and the wind is calm. “Flipping has stood the test of time,” he says. “The fish can never become conditioned to avoid this technique. No matter where you fish, you’ll always find some of the biggest largemouth in the lake in the thickest cover.”

Even today, flipping still accounts for more than half of Izumi’s tournament wins. “I’ve won hundreds of thousands of dollars over the years flipping,” he says, “so it’s the single thing I wish I could have kept secret.”