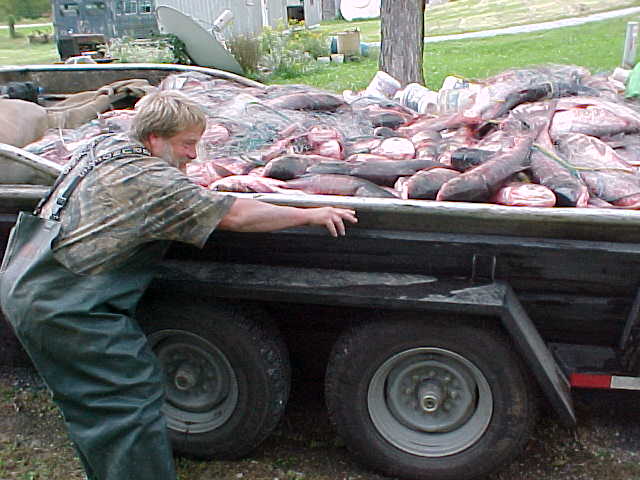 The Great Lakes are a natural wonder and a powerhouse of Canada’s economic strength. There’s no argument there. Both our country and the U.S. share stewardship duties over this irreplaceable natural resource, and any public policy decisions must reflect the protection, preservation and enhancement of the Great Lakes as a top priority. Despite this, inaction persists to protect this invaluable resource from the threat of invasive Asian carp.

Asian carp pose a real and present danger, threatening the $5 trillion in GDP and the 56 million jobs supported by the Great Lakes basin. The multi-billion-dollar commercial and recreational fisheries, along with the livelihoods of thousands of families, are in the crosshairs.

We know that temperature and nutrient conditions in the Great Lakes provide ideal growing conditions for invasive carp. Once a population is established, the plague would be irreversible. That’s why elected officials must do everything in their power to stop an invasion with a sensible, practical plan.

Many believe the greatest threat of infestation is an eventual breakdown of the electric barrier in the Chicago Sanitary and Ship Canal, the only direct water link between the Mississippi River and Lake Michigan. However, there are other ways carp can enter the Great Lakes, including the deliberate or accidental release of live fish. Ottawa estimates the market for live invasive carp in Toronto alone is worth roughly $5 million a year and growing, increasing the risk of live releases. To ignore this burgeoning market is reckless.

Many experts working on this issue believe an invasion can still be prevented if comprehensive public policy is established. That’s why I introduced a private member’s bill on October 1 to address the carp trade in Canada. Bill C-629 is straightforward legislation with common sense proposals to protect our lakes, including a pan-Canadian ban on the live import of invasive carp. It also strengthens our borders by beefing up enforcement measures and increasing fines for non-compliance.

My bill will also make it law that all invasive carp be gutted before coming into Canada. This is critical due to the physiology of this species, which have been known to survive in packed ice for up to two days. Smugglers cross the border with a shipment of seemingly dead fish only to rehydrate them and bring them back to life once they clear customs. The only reasonable way to completely eliminate this risk is to gut the fish to ensure they are in fact dead when they enter the country.

Gutting also simplifies the inspection process. As it stands in Ontario, only conservation officers have the authority to enforce the laws controlling the live invasive carp trade. Canada Border Services Agency officers can detain shipments suspected of carrying live invasive carp, but they’re not empowered to enforce the law. This bill will give them the ability and mandate to do just that.

Currently, both COs and CBSA officers must employ a laborious rehydration technique to ensure all imported invasive carp are in fact dead. My legislation would increase efficiencies at our borders since it can quickly and easily be determined if the fish have been gutted.

Recently, both a driver and a company were found guilty of attempting to smuggle live invasive carp into Canada in two separate incidents. The driver was fined $5,000 and the company $70,000. Senior officials from Fisheries and Oceans Canada have characterized the current fine system as weak. In fact most smugglers view the fines as the cost of doing business. That’s why my bill recommends minimum fines of $15,000 for individual smugglers and $75,000 for a corporation for a first offence, with the amounts increasing significantly for further offences.

The Great Lakes Water Quality Agreement signed by Canada and the U.S. is clear: “The Waters of the Great Lakes should be free from introduction of aquatic invasive species.” Canada needs urgent action from all levels of government to live up to this promise.I believe that my bill, for one, will significantly diminish, if not altogether eliminate, the threat of live invasive carp. Let’s not let this opportunity become the big one that got away.

MP Brian Masse (Windsor West) is the NDP Critic for the Canada-U.S. Border, among other portfolios. Click here for the complete text of Bill C-629.