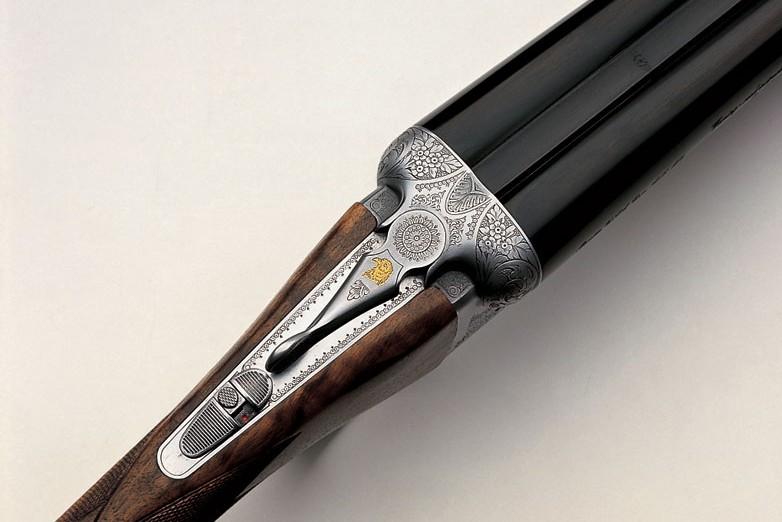 Before buying, follow our tips for finding what's best for you

While the 20-gauge double shotgun has historically been acknowledged as the quintessential upland bird gun, it is far from the only option and certainly subject to debate as to whether it’s today’s best choice. When making an informed decision about selecting the right shotgun for your particular upland hunting needs and preferences, you should consider action style, barrel length, gauge and choke as the most important variables-along with the right load to get the job done. It may just turn out that the 20-gauge double doesn’t fit the bill after all.

Globally, the preference for break-action double shotguns is manifested somewhat differently. In Europe, the side-by-side has long been the favourite, while North Americans have adopted the over/under as their double of choice. Both are built on the same basic design foundation, with the major difference being that the two barrels are stacked vertically on the over/under and horizontally on, as the name implies, the side-by-side. Each has the advantage of usually handling and balancing better than any other style of scattergun; when they fit well they are truly an extension of the shooter’s body.

Over/unders have established a strong North American following in large part because of the widespread use of pump and autoloading shotguns and therefore our familiarity with a single sighting plane. Shooters who prefer the side-by-side, meanwhile, often mention that those with double triggers offer the quickest selection of barrel/choke combination. And if one trigger malfunctions, you have another that will fire. While double triggers take some getting used to, those accustomed to them love them.

Equipped with single selective triggers rather than double triggers, over/unders also allow the shooter to choose between two different barrel/choke arrangements, although the switchover is not as swift. The fact that both these styles offer shooters the choice of mixing and matching two different chokes to suit their hunting conditions is a distinct advantage over all other action types.

Despite the perceived benefits offered by double shotguns, there are probably more autoloaders in the hands of hard-core upland bird hunters in Canada than all other styles combined. That’s because autoloaders bring several advantages to the table.

For starters, they are considerably less expensive than most double shotguns and they’re simple to operate. You just load, shoot and then reload-no need to fuss at all with the action, as is the case with doubles or pumps. They also offer second shots as fast as any double. And while many would argue that more often than not it’s a waste of ammunition, they do offer a third shot if a bird lags behind the covey and rises late.

For those who are somewhat recoil-shy, autoloaders are definitely the action of choice. They tend to absorb or, perhaps more accurately, slow down the transfer of recoil to the shoulder, while pump-actions and, even more so, doubles deliver a sharp kick. One final advantage: there are substantially more manufacturers of autoloaders—and pump-actions for that matter—out there than break-actions, meaning there’s a much wider array of models, gauges, stocks and finishes from which to choose.

On the flip side, autoloading shotguns are typically the heaviest when compared with other actions, and this can take a toll on long hunts. They also demand more maintenance than other styles; pumps and break-actions that have suffered severe neglect will almost always still fire, while autoloaders need regular cleaning to ensure they perform reliably.

There is absolutely nothing wrong with pump-action smoothbores for upland hunters, though they’re seldom the first choice as dedicated upland bird guns. Their primary disadvantage is the need to physically work the action before getting off a second shot. Competent pump-gun hunters will tell you this is not a liability at all and that, in fact, the time it takes to cycle in another round allows the shooter to regroup, find the target and ensure a quality second shot.

As for decided advantages, pumps are lighter than most autoloaders and many doubles, they are the least expensive on average of all action types and they’re available in a wide range of models.

Unlike their waterfowling counterparts, upland purists have long preferred shorter-barrelled shotguns. They cite quicker handling as the primary advantage, with reduced weight a secondary benefit. “Shorter” means something in the 26- to 28-inch range, down from the 28- to 30-inch barrels preferred by duck and goose hunters.

As a rule, upland bird-shooting opportunities arise very quickly and often without warning, as flushed birds explode from cover and fly in unpredictable directions. In that case, quick-swinging, shorter-barrelled guns help hunters get on the dispersing birds more rapidly. (Contrast this with incoming waterfowl, which can usually be seen from a distance, allowing hunters to prepare themselves for a shot.)

The trade-off, and there’s always a trade-off, is that a shorter barrel doesn’t feel as fluid on the swing as a longer one. The momentum generated while swinging longer barrels sustains itself longer, helping establish a smoother swing and more consistency with the all-important follow-through.

If a hunter is going to own just one shotgun for all of his or her bird-hunting needs, it’s difficult to argue against the versatility of the 12-gauge. If you’re looking for a specialized upland gun, however, your decision becomes somewhat more complex.

First off, eliminate any thought of a .410. For years many have opted to start youngsters with this smallest of shotguns, thanks to its mild recoil. In truth, the few pellets per load in .410 shells makes it all but impossible for most novices-or even intermediate wingshooters-to hit much of anything, and nothing is more discouraging to developing hunters than repeatedly missing their quarry.

Shotguns in 28-gauge are a fine choice, offering mild recoil coupled with adequate loads. Unfortunately, shells are usually unavailable in all but the largest centres, and when you do find them they’re generally prohibitively expensive. As for the 16-gauge, some swear by it, and it’s ideal from a field perspective, but it shares the liabilities of shell availability and cost associated with the 28.

Of course the 12-gauge is adequate, and then some, for all upland situations. Shells are readily available and as affordable as any other. The downside is that you don’t really need the extra oomph they offer in any but the rarest of upland bird-hunting situations, and you’re going to find yourself with a heavier gun to tote all day long.

That brings us to the venerable 20-gauge. Recoil is tolerable, even for youngsters, especially when shooting typically light upland field loads (see “Load” below). Shell availability is generally pretty good, too, and prices are reasonable, usually in line with comparable 12-gauge loads. Quality 20-gauge loads pack plenty of punch for any upland bird-hunting scenario and, when needed, the 20 can double for shooting decoying ducks.

Chokes are often given short shrift by hunters when they’re choosing a bird gun, despite being one of the most important variables affecting the hit-miss ratio. Whether shooting upland birds or waterfowl, more hunters increase their shooting success by employing different chokes than by toying with any other influencing factor.

At one time, full chokes may have been used for all occasions, but in large measure that was merely due to the fact that the vast majority of utilitarian shotguns hit the market with a fixed full choke. Thanks to interchangeable chokes as a staple in most modern shotguns, the opportunity now exists to more accurately match your choke to the prevailing hunting conditions and game.

Upland birds are typically shot at close range; 40 metres is a very long shot, and most are significantly less. With most shooting opportunities occurring between 10 and 30 metres, there is little need to choke up beyond improved cylinder. This holds true even for double guns, although jittery, late-season sharp-tailed grouse and pheasants that flush early may justify a modified choke in the second barrel.

For numerous ruffed grouse, spruce grouse and ptarmigan hunting scenarios, you may even find that skeet or cylinder chokes are justifiable. Those who can change chokes are often amazed at how their shooting improves by going to a more open choke.

Appropriate shot shells for upland bird hunting are confined to a pretty narrow grouping. My first choice for hunting ruffed grouse, spruce grouse, ptarmigan, grey partridge, chukar partridge and quail is without doubt No. 7 1/2. On early season sharptails, I also select No. 7 1/2, but opt for No. 6 on late-season sharpies, as well as for ring-necked pheasant or blue grouse. Some veteran hunters prefer No. 7 1/2 on pheasant and blues, but I’ve found more success by stepping up one size.

I’m a bit of a traditionalist, so I continue to use lead loads as my shot of choice, but my limited experience and the feedback I’ve received from others suggest that bismuth-, tungsten- and steel-based loads all perform admirably in the upland fields. The first two options can be ideal lead alternatives for use in older shotguns in areas where non-toxic shot regulations are in place.

Generally speaking, non-toxic shot is not required when hunting upland game birds. However, whenever hunting on federally managed lands, non-toxic loads are required, even for upland birds. One of my favourite sharp-tailed grouse hunting grounds in Saskatchewan is within a federally managed wildlife area, and I always have to be on my toes to ensure that I remember to use only non-toxic shells.

The non-toxic regulations, although federal, are enforced primarily by provincial officials, and hence may be interpreted differently from one jurisdiction to the next. When hunting upland birds on or adjacent to permanent wetland riparian zones, keep in mind that non-toxic shot is an environmentally friendly alternative, even though this situation falls within a grey area in the interpretation of the regulation. Hunters should always be looking to raise the ethical bar, and this provides one opportunity to do just that.