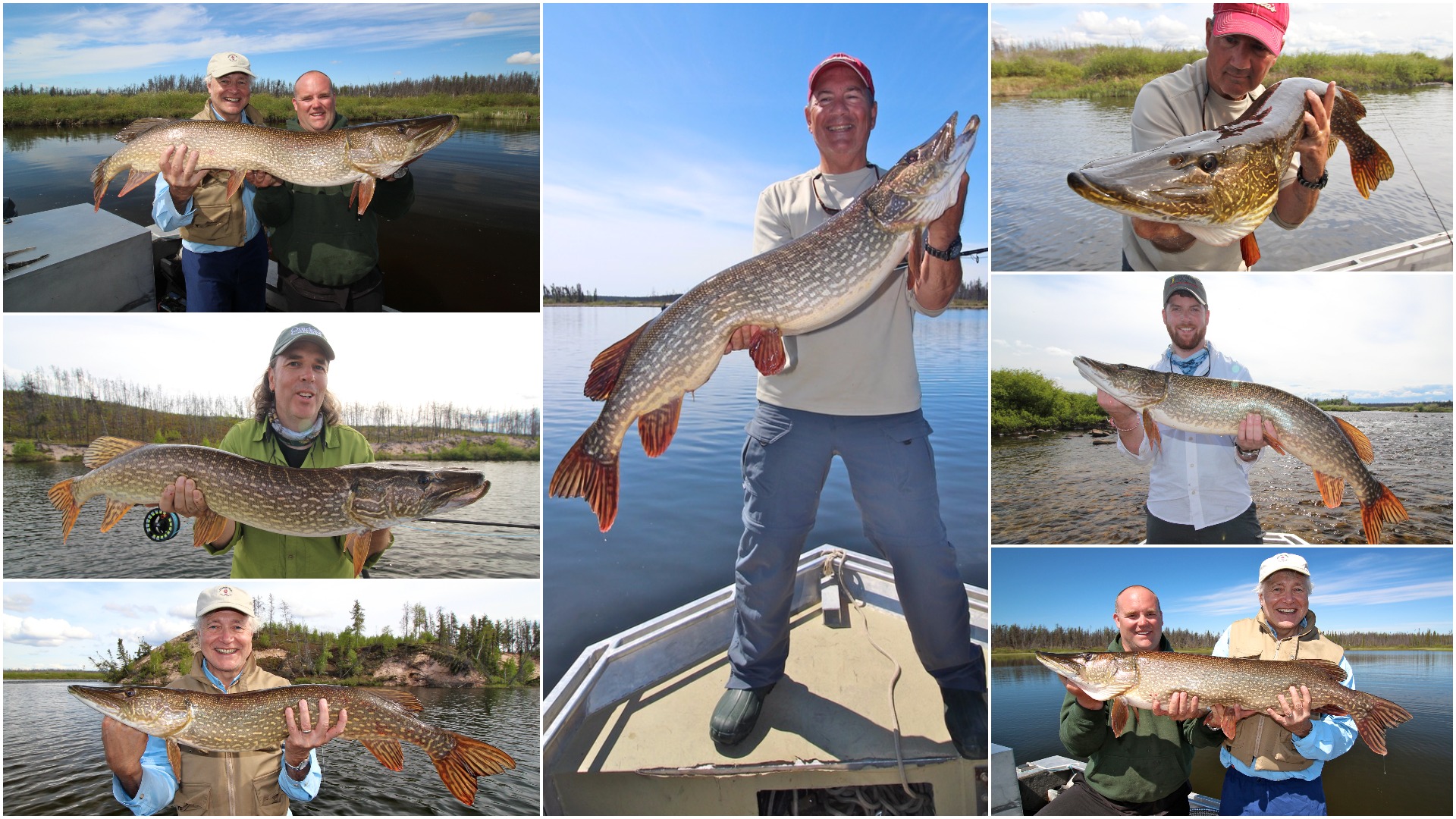 This Saskatchewan lodge just might have Canada’s best pike fishing

This may be Canada’s best pike fishing

Some places have big northerns, some have lots of them, but Cree River Lodge has both

When jigging walleye loses its challenge, what do you do? Bust out your fly rod, of course. With a fast-sinking Versileader weighted leader I was able to get my Clouser fly down about eight feet, which was enough to tempt the walleye, including the 24-incher above. If I was hungry, fly fishing wouldn’t be my first choice, but once I got the hang of it, I did almost as well as the spin guys. Walleye aren’t known as fighters, but on a fly rod, a two-footer puts up a pretty good tussle.

Then I had an idea. For a few years now Gord Pyzer has been urging OC readers to use more aggressive baits for walleye. So I changed to a bushy, weighted eight-inch-long Monster Magic pike fly on a 2/0 hook, and darned if I didn’t get my biggest walleye of the trip. Thanks Gord! I also landed a few northerns, including a 36-incher that was probably in the rivermouth snacking on walleye (just like I would be at shorelunch, an hour later.)