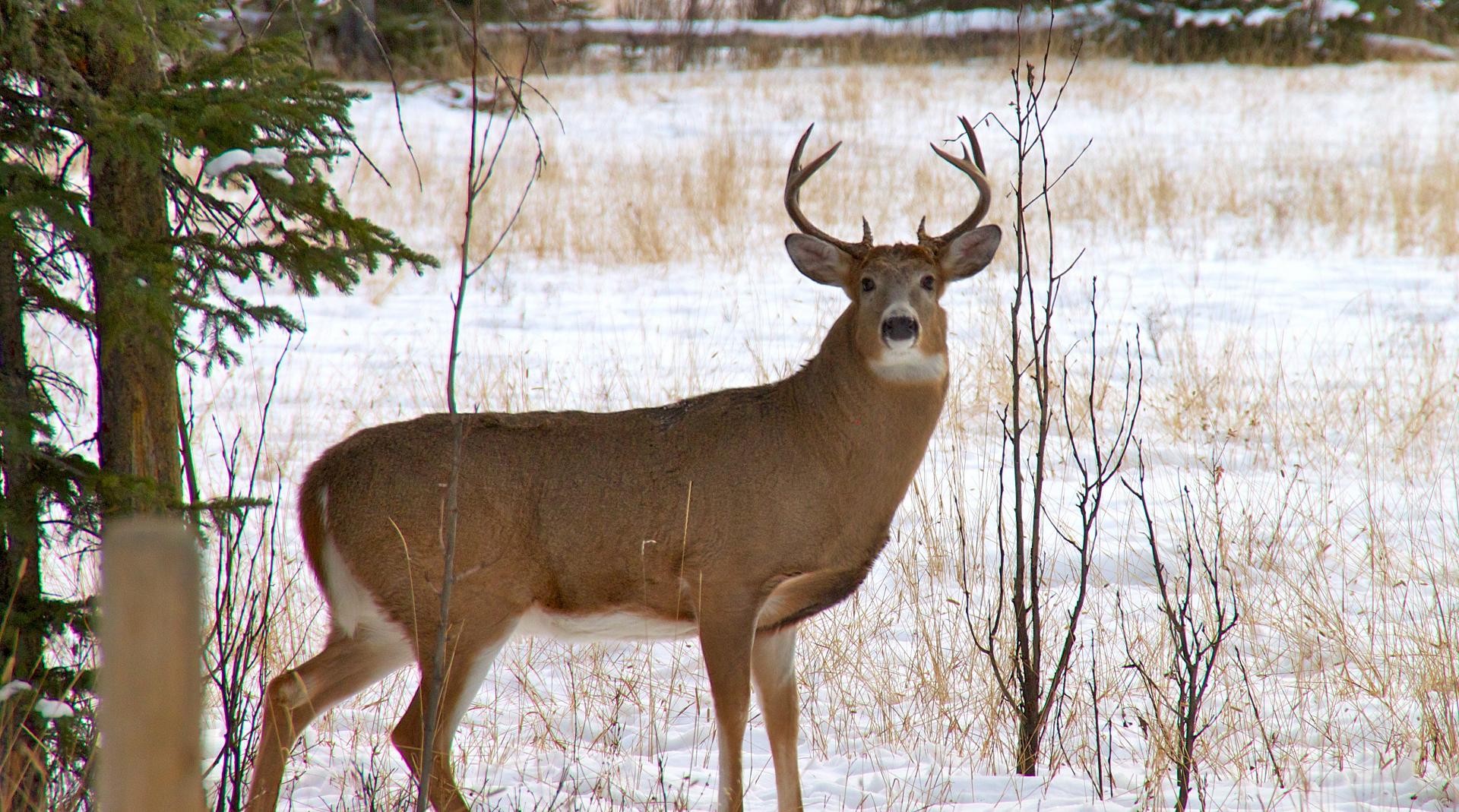 Once temperatures drop, climb down and stalk whitetails with a crossbow

When temperatures get on the wrong side of zero, deer hunting from a treestand with a vertical bow can be tough. Having to bundle up in layers can change your draw and throw off your point of impact, as can getting stiff muscles from the cold. Plus, many bows and treestands creak and pop in freezing temperatures, alerting deer to your presence.

So, what to do? Climb down from your stand and wield a crossbow instead. Not only are crossbows more versatile for the ground-bound hunter, allowing for shots from either a sitting or prone position, they also fire with the silent touch of a trigger. Besides, the more you use treestands, the faster bucks will pattern your set-up. This bow season, try surprising a big buck where he won’t expect you—on the ground.

The first snow reveals active deer trails between security cover and feeding areas, so your crossbow hunt could be as simple as sitting on a cushion on the ground with your back to a tree, downwind of an active trail. But if you want to take it to the buck, you have two options: sneak-and-peak or spot-and-stalk.

Well suited to the woodlots and dense forests of eastern Canada, sneak-and-peak involves moving like a ghost through thick bush and doing more peaking than walking. Your range with a crossbow is 40 yards, so you must hunt in cover where visibility is no more than that. Alternatively, you can sneak along a ridge just below the crest, peaking over the other side every 50 yards to try to spot a buck. The best time to sneak-and-peak is during a light rain or snowfall, or on a misty day.

To ensure you see the deer before it detects you, control your scent, wear a camo face mask and mind the wind. You also need to be as quiet as possible. With each step, slowly put your foot down to feel for twigs that might break under your full weight. When you feel a twig, step somewhere else. If the ground is covered in crunchy leaves or crusty snow, however, don’t even bother with this tactic—just sit and wait downwind of an active trail instead.

Do more looking than walking. Remember, you typically won’t see the entire deer, so keep an eye out for a mere hint of the animal: a patch of fur, the flick of an ear, a flash of white, the glint of an antler, the horizontal line of its back or the Y-shape of a pair of ears. And if you spot a deer but don’t have clear shot, let it make the next move. Only raise your bow when the buck’s head is down or its looking directly away from you.

Spot-and-stalk hunting excels in prairie and mountain county. Once you spot a buck in the distance, plan your stalk using ground features or tall vegetation to stay out of sight. You can even crawl on your belly to close the gap, and shoot from the prone position if necessary. You want to get within 40 yards of the deer without spooking it.

Of course, always keep the wind in your face. If you can’t, back out and look for another buck, or wait until it moves. Use a puff bottle to keep track of the wind direction if there isn’t a steady breeze. And because a crossbow requires so much movement to reload, keep in mind that you’ll only get one shot. Make it a good one.

To prevent arm fatigue, and to make it easier to manoeuvre through any thick bush, opt for a lightweight compact bow with 18-inch limbs. What you sacrifice in bolt speed, you’ll make up for in convenience. Faster-shooting bows are heavier and produce a louder thwack when released, which could cause a deer leap clear at the last second.

And use a hip quiver rather than one mounted on the bow. This takes weight off the bow, and it will hang up less in thick bush. It also makes the bow less visible to the deer when you shoulder it. To maintain consistency and accuracy with every shot, get a rope cocker as well. If you otherwise pull back the string with your fingers, you won’t get equal pressure on both sides, or a properly centred string.