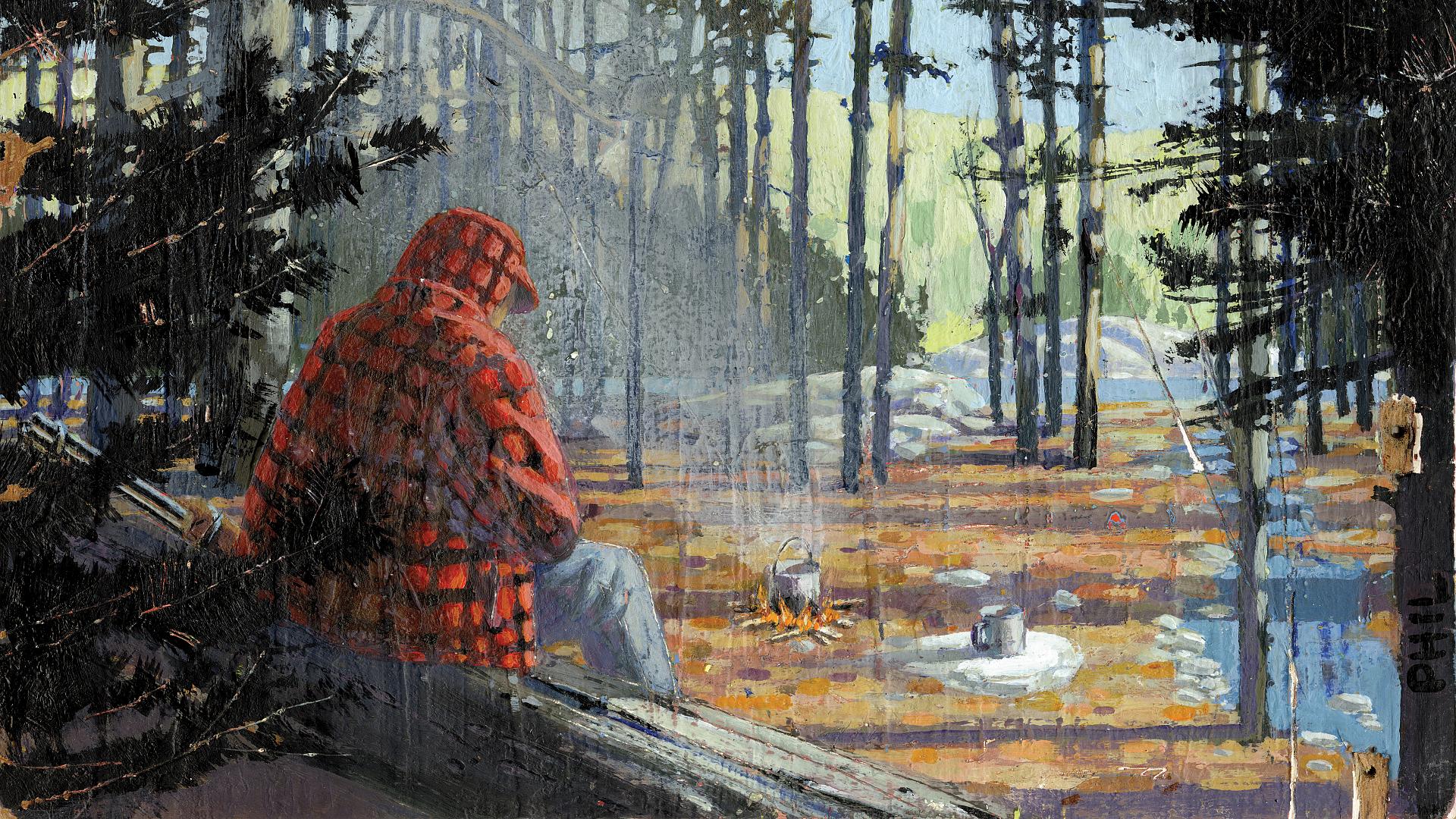 Dad’s last hunt: They didn’t get a moose, but what really matters are the memories

For this hunter, it’s the lasting memory of his father on their final outing together that counts

Another autumn is upon us, and once again fading memories from hunts past are clamouring for my attention. They are shadows of long-ago excursions into the forests of northern Ontario with my family. As with many other Canadian families, hunting for us was something more than a sport. It was a ritual, a time to pass on knowledge from father to son or daughter. We hunted moose, deer, grouse and rabbits, and I learned about survival skills, hunting etiquette and respect for our prey.

Back then, my father, who was still learning his trade as a mechanic, worked six days a week, 10 hours a day, to just barely feed his family of four children. We saw little of him some years, when he was sent to the wilderness of Labrador and other remote places in northern Canada to maintain the engines that powered the diamond drills. Those stints often lasted up to nine months at a time, during which memories of him would often fade from our young minds. But he loved camp life and would return with tales of lakes teeming with fish, encounters with huge moose or run-ins with marauding bears scavenging for food.

He was a solitary man by nature, and it was often said that he should never have married. Maybe that accounted for his restlessness if he was confined to town for too long. Still, he relished the task of introducing us to the ways of the wild, taking us hunting, fishing and camping during hurried weekend trips to the bush. Our tent was made from an old army-issue cargo parachute. We cooked on open fires and slept under mounds of blankets taken from home. The sounds and smells from those excursions never left me. 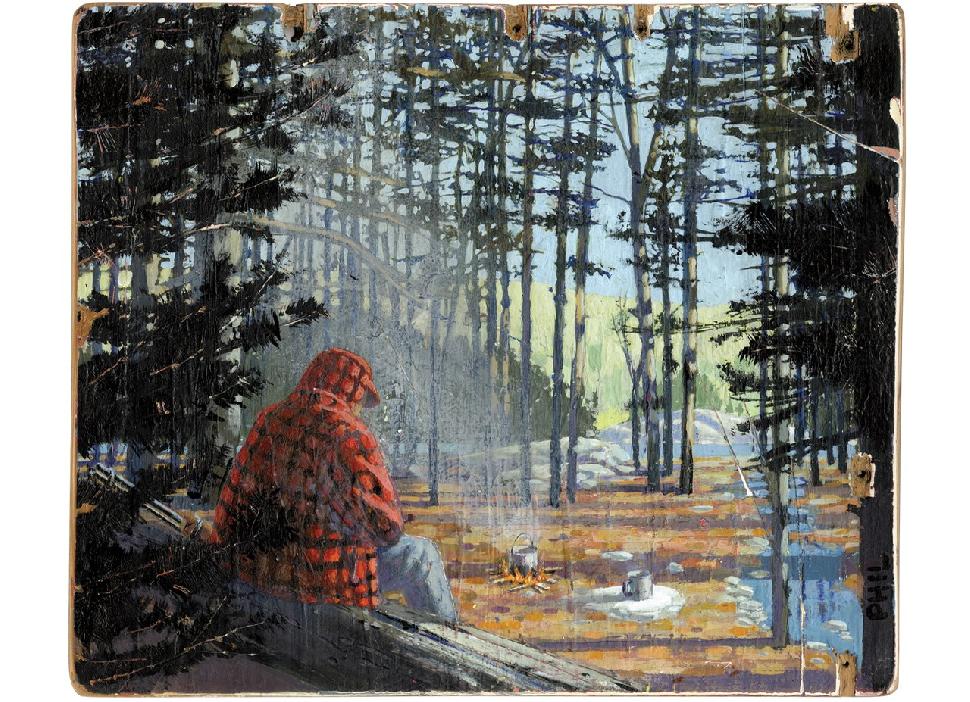 In time, the fall hunt became an annual family ritual, together with friends, cousins and anyone else who cared to join us. Dad always signalled the start of hunting season when he would haul out his .410 shotguns for grouse and rabbits, his prized .30-30 Winchester lever-action in case he saw a moose, and a few other firearms of unknown parentage. Along with them came the gun-cleaning kits with their distinctive odours, and our assigned chores of prepping the rifles and shotguns while we sat around and talked about the adventures about to unfold.

As the start of the annual hunt drew nearer, an assortment of camping gear, including the old parachute tent, was dragged out of storage and made ready for use. Then we had to buy naphtha gas for our lanterns and cook stove, as well as hunting licences, food supplies and other essentials for a successful foray into the northern forests. I don’t ever remember these excursions being particularly fruitful—most of the game were actually quite safe from us, since we were more interested in socializing than hunting.

As is the case with most families, my siblings and I grew up, married and moved away, shunting aside the hunting trips of our youth to concentrate on all the tasks associated with adulthood. Beyond the mystical world of childhood, we are reminded that all things change—like the seasons—and come to an end. After a lull of several years, however, my father and I once again took up the ritual of the fall hunt.

By then, Dad was retired and the years of plying his trade under difficult conditions and severe winter weather had taken their toll, leaving him more content to simply put his feet up in the comfort of his home. On our very last outing, he had to be coaxed into joining me before he grudgingly slipped on his old red-and-black checkered jacket and matching wool cap. Then he took his cherished Winchester from its case.

We set off up the river that flowed along the perimeter of Dad’s property, then disembarked from his well-used wooden boat, unloaded our gear and made our way to our favourite lookout spots along the trail. Although we never actually saw an unsuspecting moose walk past our blinds, the abundant tracks convinced us we’d have a successful hunt.

Dad was travelling light, carrying only a small packsack and a smoke-blackened tin pail. The only thing he loved more than hunting was sitting in front of a small campfire in the forest, boiling a pot of creek water so he could make himself a cup of tea. After a few hours of sitting alone in a blind, I decided to go look for him. As I entered a section of a black spruce swamp, the faint odour of wood smoke in the chilly November air revealed his location. 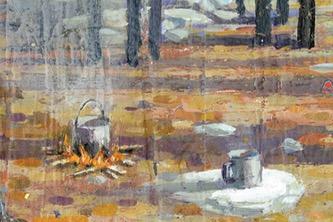 I quietly made my way toward the smoke and soon came to a small clearing near a narrow stream, not far from the river. Dad was sitting on a fallen log with his back to me. He was hunched over the fire, and I arrived just in time to see him drop a tea bag into his can of boiling water. I watched the solitary figure for a few minutes and decided not to intrude on his thoughts.

Silently, I turned to leave, but then looked back once more to cement the scene in my mind. I sensed I was witnessing the end of a tradition, at least for our family, playing itself out in the seclusion of a forest glade. There was an air of melancholy to the milestone, but I had to reluctantly accept it.

We never again hunted together. A few years later, Dad was felled by a stroke. Each year since then, as October transitions into November and the calls of the migrating geese break the silence of the crisp, moonlit nights, I find my mind drawn back to that clearing in the black spruce swamp. And I remember the old hunter lost in his thoughts and wish I could head out with him, just one more time.