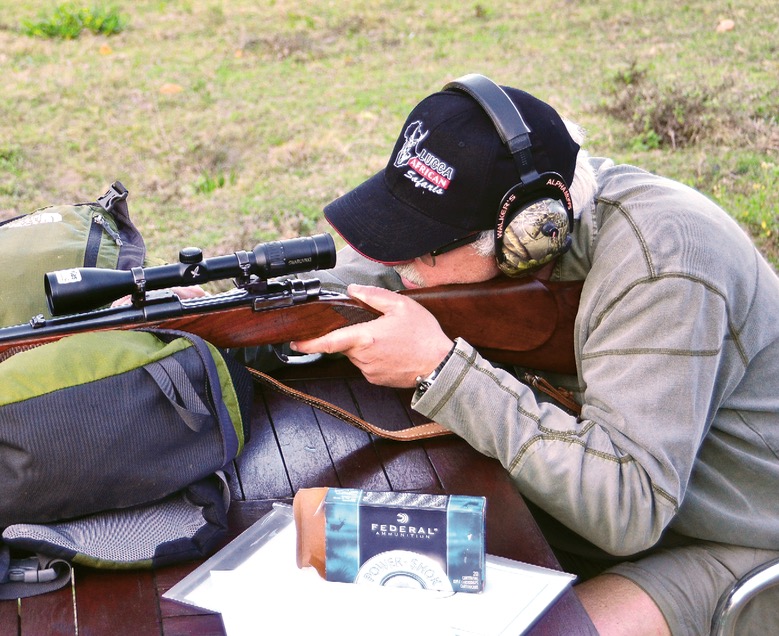 Back when I was a teen and first started shooting, little was known or communicated about the dangers of not using hearing protection. As a result, I’m now paying the price for firing thousands of rounds over the years without covering up my ears, to which my patient wife will be the first to attest. And I’m not alone. The truth is, many shooters continue to ignore the ample warnings, saying protection is too inconvenient or too costly. But how much do you value your hearing? I know I wish I’d started covering my ears years ago.

It’s generally accepted that hearing loss can start with extended exposure to noises greater than 85 decibels (dB)—firearms can produce 130 to 160 dB. It’s an insidious threat, as the damage is usually painless and incremental, and there’s no repairing it. All you can do is protect against further loss if your hearing is already impaired.

These days, there are many different types of earmuffs and earplugs available to keep your ears protected. They all come with a noise reduction rating (NRR), typically between 20 and 30 dB; the higher the NRR, the greater the protection. Here’s a look at what’s out there.

Foam earplugs are the simplest and most economical form of hearing protection. The good news is they work, offering an NRR of up to 33 dB if they’re inserted properly. The key is to compress the plugs by rolling them between your fingers before placing them deep into your ear canals, where they then expand to form a seal. Unfortunately, many shooters don’t do that, significantly reducing the effectiveness.

Many shooters also find foam plugs to be uncomfortable, or more difficult to fit properly than earmuffs. Others suggest they work too well, making it difficult to hear what they want to hear, such as normal conversations. Unlike earmuffs, however, they at least don’t get in the way when you put your head down on the stock to shoot.

You can also purchase custom-fitted earplugs, which are a step up in terms of price and quality. For an exact fit, some require an audiologist to first make a mould of your ear canal. Still others, such as those made by Decibullz, you can custom mould yourself.

Earmuffs offer protection similar to that of earplugs, but they’re typically more comfortable. Thanks to modern sound-deadening materials and technology, they also now boast a meaningfully higher NRR than earlier designs did.

The common complaint with earmuffs is that the ear cups—the bigger they are, the greater the sound attenuation and protection—can interfere with your gun mount, as mentioned. As with earplugs, it’s also difficult to communicate effectively with shooting partners when you’re wearing them. Many shooters find earmuffs are preferable for shooting rifles at the range, while earplugs are best for hunting situations or when shotgunning.

At the upper end of hearing protection are the electronic, or “active,” versions of earplugs and earmuffs. They permit low-decibel sounds to reach your ear, but block louder noises, typically at around 85 to 90 dB. That makes them a great choice for places such as gun ranges, where it’s important to be able to hear your shooting partners or the range safety officer. The same goes for social situations, when you want protection but not at the cost of being able to carry on normal conversations.

Electronic protection is also a good option while hunting, as it lets you hear what’s going on around you, such as a deer walking through the woods. Some of these devices will even amplify low-decibel sounds to actually enhance your hearing. This technology comes at a price, however, especially the custom-fitted electronic earplugs with all their added features. Some cost as much as hearing aids, which isn’t surprising considering the technology is near identical. But again, what price is too much when it comes to your hearing?