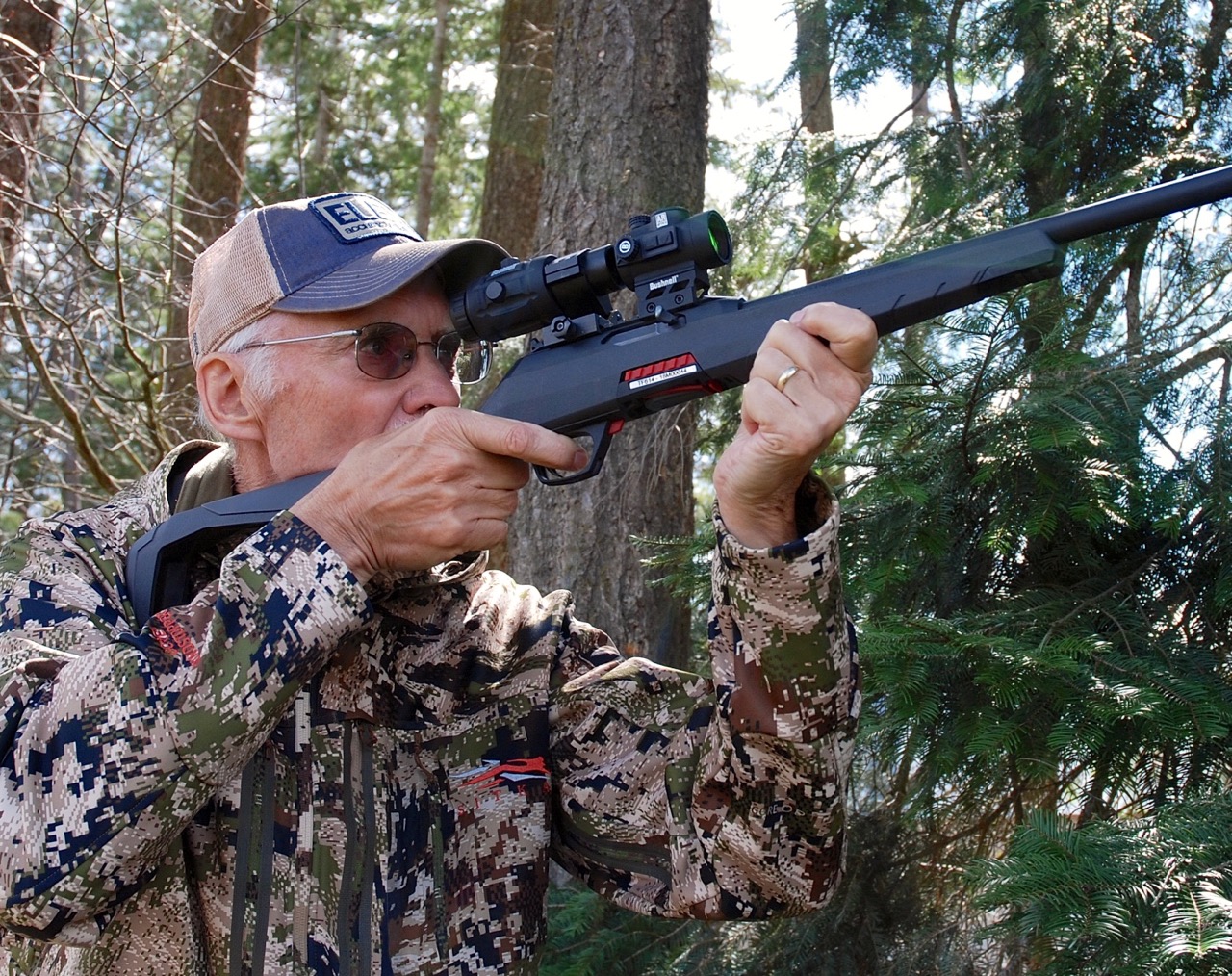 Winchester’s well-designed Wildcat .22 LR is in a class of its own

While Winchester has been building rimfire rifles for more than a century, its new Wildcat .22 LR is a true game changer, best characterized by the ingenuity of its design. The rifle represents a significant departure from the norm, with features that set it apart from the rest of the rimfire world.

Most impressive is how the lower receiver assembly can be removed by pushing a single button at the rear of the upper assembly. No tools are necessary, just some finger pressure on the release button while pulling down on the trigger guard. The first thing that came to my mind was how easy it will be to clean the rifle from the breach end, unlike other autoloaders that must be cleaned from the muzzle. What a plus! Making the rifle even more versatile is the reversible manual safety button, making it ideal for both right- and left-handed shooters.

Visually, the most striking feature of this rifle is the ergonometric moulded-polymer stock. Also designed for both right- and left-handed shooters, it has a somewhat skeletal appearance, which no doubts contributes to the rifle’s overall weight of just four pounds.

The Wildcat also boasts a Picatinny rail on the upper assembly for mounting optics, and another rail under the forearm tip for attaching a bipod, sling mount or light. Another interesting feature is the slide lock button on the front of the trigger guard, which allows the user to manually lock the action open for transport or storage. Then there’s the combination of a ramped post front sight and a ghost rear sight to provide sighting under varying light conditions. And the chromoly steel barrel is precision button rifled, with a recessed target-style crown for enhanced accuracy.

As for the flush-mount, 10-round rotary magazine, it sports several individual features of its own. The most important, at least from a safety perspective, is that the magazine activates the bolt-stop system to lock the bolt open when the last shot is fired. That means no more guessing whether you’ve fired all the rounds in the magazine—if the bolt doesn’t lock open, you still have rounds in it. That’s a valuable safety feature for any magazine, let alone a 10-shot model. And if you’re concerned about the ease of loading and unloading the magazine, don’t be—you can manually relieve the spring pressure on the magazine follower to make loading and unloading a snap.

During my test, the first thing I tackled was the disassembly. While pulling out the lower assembly was quite simple, putting it back in place took a bit more finesse. After a few tries, however, I got a lot better at it. Next, I checked the trigger pull weight, and while it was consistent at about four pounds 15 ounces, it did have a bit of creep. Despite that, I did like the idea of a somewhat heavy trigger for this lightweight semi-auto, especially for young hunters.

At the range, the diminutive Wildcat was nothing short of a blast to shoot. It cycled a full magazine of 10 rounds as fast as I could pull the trigger. And with the Bushnell TRS-26 Red Dot sight, I was able to find and hold a target all but instantaneously.

Of the 21 varieties of ammunition I tested at 50 yards, Remington provided the best overall group average, at 0.799 inches. Eley ammo would have topped the lot with an average of 0.693 inches, but I included Eley Subsonic, which raised the average to 0.806. Eley ammo also had the two tightest groups, which hovered at just a tad over 0.5 inches. Both Remington and Eley offer some excellent choices for either a fun day of plinking or small-game hunting.

With a manufacturer’s suggested retail price of $329.99 in Canada, the Wildcat is sure to become a welcome addition to the Winchester line for many years to come. It’s great little rifle, and especially fun to shoot when topped with Bushnell’s TRS-26 Red Dot.