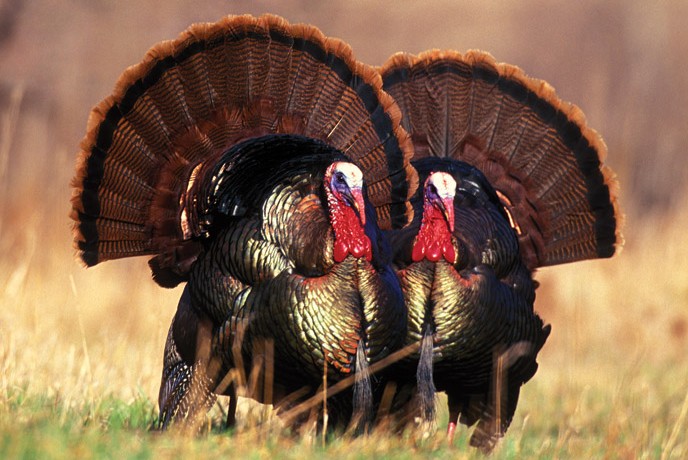 Without question, central Ontario now offers the best opportunity to take a wild Eastern turkey in Canada, with 70,000 to 100,000 of the big birds currently inhabiting their traditional range and beyond. It’s an amazing success story, since the last of the province’s native wild turkeys disappeared in 1909. Today’s birds largely descend from the 274 turkeys captured in adjacent states and bartered for Ontario moose, otters and grouse between 1984 and 1987.

The undulating highland region on the shores of Georgian Bay, from Lake Simcoe west to Collingwood, is among the most successful reintroduction sites. It has everything an Eastern wild turkey could want, with just the right balance of hardwood ridges and second-growth lowlands, all in close proximity to farmland. As a result, turkey gunners have a reasonable chance of tagging a mature tom in classic gobbler country, either during the traditional spring hunt or the either-sex fall hunt.

Most of the region’s land is privately owned, with a patchwork of farms and hobby acreages, where landowners may or may not be inclined to grant permission to hunt. An alternative is the Simcoe County Forest network. Scattered across 16 municipalities, it offers 31,000 acres of public access, with a mandate to foster responsible hunting.

The key to a successful wild turkey hunt is how much scouting you’re willing to do ahead of the season. If you can team up with friends or family members who live in the region, so much the better. Another option is to book one of Ontario’s several turkey guides, who work hard at locating birds and getting access to private property long before opening day.—George Gruenefeld