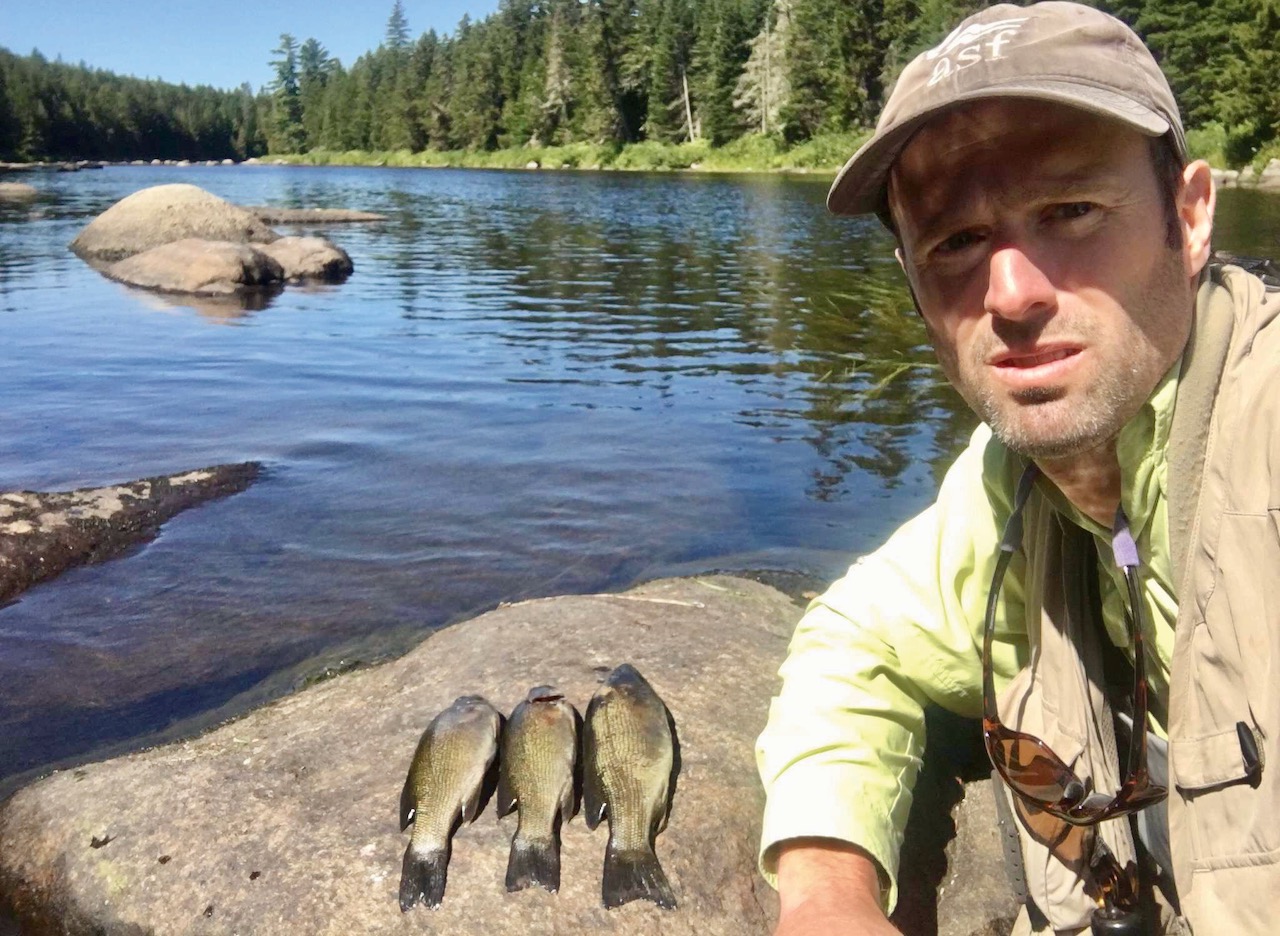 Bass captured in the Miramichi
Conservation

How bureaucracy and fear have imperiled the famed Miramichi

Illegally introduced smallmouth bass, alien to New Brunswick’s Miramichi system, threaten to extinguish the river’s storied salmon runs. The bass first showed up in Miramichi Lake in 2008. At the time, the Department of Fisheries and Oceans Canada (DFO) could have eradicated the fish before they entered the river using the short-lived, organic piscicide rotenone. Instead, DFO delayed, equivocated and vacillated, while misinformation about rotenone flourished. Fourteen years later, the Southwest Miramichi is infested with bass.

Early on, DFO asserted it wasn’t authorized to use rotenone, despite the fact it had authorized the compound’s use in 2001 to eradicate chain pickerel from Despres Lake, also in the Miramichi watershed. The department further claimed that 240-hectare Miramichi Lake was too big for rotenone treatment. But rotenone was used in the early 1990s to create a sanctuary for Bonneville cutthroat trout on Utah’s 6,946-hectare Strawberry Reservoir.

Then in 2010, DFO hatched a plan that all fisheries professionals, including its own, knew would fail—erect a seasonal barrier at Miramichi Lake’s outlet and cull the bass using nets, electrofishing and angling. Young of the year bass kept showing up, however, so in September 2019, DFO okayed rotenone use for the lake, outlet and 13.6 kilometres of the Southwest Miramichi.

After two years of mandated public consultations with DFO and a working group of stakeholders, which generated 1,290 letters of support, the rotenone treatment was finally scheduled for August 17 and 18 last year—until misinformed protestors scuttled the plan, that is.

Salmon are sacred to First Nations. That’s why the North Shore Micmac District Council led the smallmouth eradication effort. Then along came the protesters, namely 12 women from the area’s Tobique and Woodstock bands calling themselves the “Wolastoqey Mothers and Grandmothers.” By paddling around the lake in canoes, they forced the treatment’s postponement.

“We were never consulted,” says the group’s spokesperson, Terry Sappier. “We need to ensure that the underwater ground source is protected. You can’t just dump poison in headwaters and think that in a year it’s going to be okay. Animals depend on that water.” Sappier went on to say that rotenone can cause Parkinson’s disease, and that the real threat to the Miramichi’s Atlantic salmon is infectious salmon anemia, which isn’t even present in the system.

An online forum associated with the protesters, Connecting to the Land, is rife with similar fiction, arguing that rotenone use is “ecocide” and that it will harm every creature using the lake. Further false claims come from the 16 cottage owners on Miramichi Lake. Rotenone is a “biocide” that “can completely eliminate” invertebrates such as mussels, they say, noting the shoreline would be “fouled by rotting fish.” Nighthawks might be deprived of insects, they add, while eagles could be deprived of fish.

The truth is, most invertebrates survive rotenone. Those that don’t are replaced by individuals that fly, swim or drift in from untreated water elsewhere. Populations swiftly recover and, without alien predation, usually do better. Mussels aren’t affected; in fact, some benefit because the native fish to which they attach their larvae will no longer be suppressed by the invasive fish.

Further, rotenone vanishes from lakes after several weeks, and it can’t enter the groundwater beforehand, something DFO and the working group have been repeatedly telling the public. They’ve also made it clear that rotenone can’t harm any lunged creature, and that it can’t cause Parkinson’s disease, cancer or any other human malady.

Nonetheless, faced with unrelenting, ill-informed opposition, the Miramichi Lake rotenone project was finally cancelled on September 22, 2021. Wasted were untold man-hours and hundreds of thousands of dollars. Another attempt is now planned for this summer, 14 years after the bass were first discovered. If it goes ahead this time, though, it will be like locking the barn door after the horses have left, gone feral and died of old age.