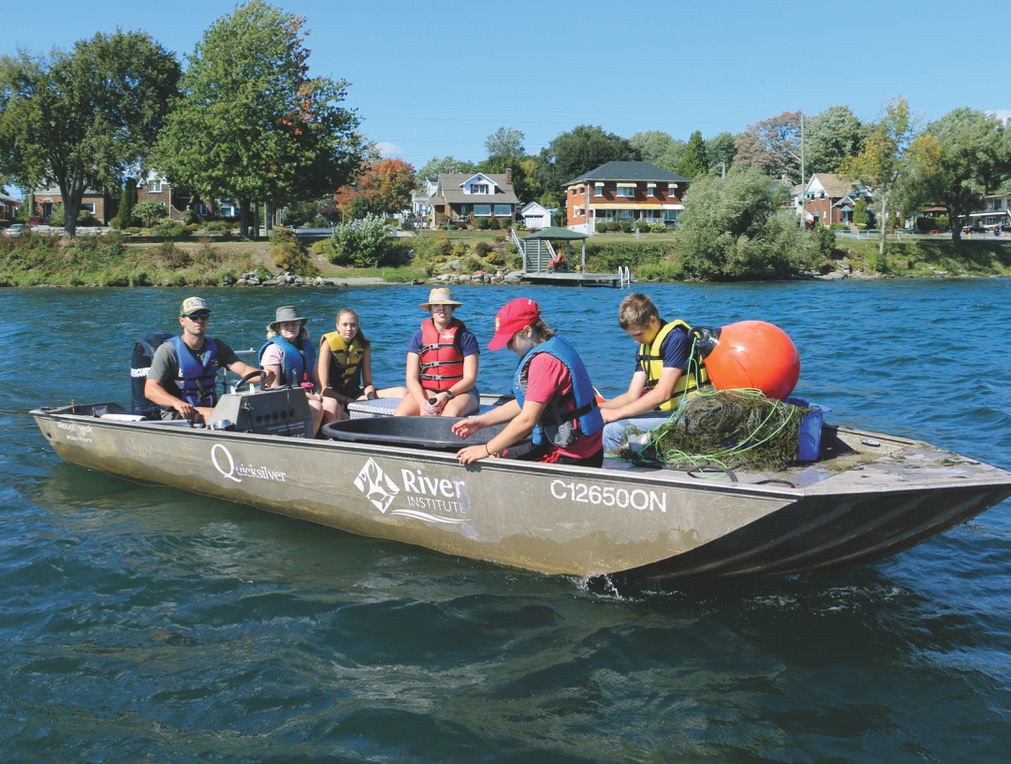 How the St. Lawrence River Institute is protecting the ecosystem

Promoting the health of the St. Lawrence

Having celebrated its 25th anniversary in 2019, the St. Lawrence River Institute of Environmental Sciences remains dedicated to protecting river ecosystems and inspiring young scientists for another 25 years and beyond. Located on the grounds of Cornwall, Ontario’s St. Lawrence College, the facility has earned an international reputation for research excellence—and sharing its findings with the public.

“It’s about understanding how big river ecosystems function,” says research scientist Brian Hickey, the institute’s education program leader. “We do typical academic research, but we also spend a lot of time trying to communicate the importance of that work to the community.”

Last year, that commitment to public engagement earned the institute one of the prestigious Awards for Science Promotion from the Natural Sciences and Engineering Research Council of Canada. One way the institute spreads its environmental message is through outreach and educational programs, including a series of interactive science workshops designed for schools. It also makes appearances at public events, including fishing tournaments, where it occasionally monitors the health of the catches.

Outreach aside, many of the institute’s current research projects are of benefit to recreational anglers, such as one long-time study of minnow populations in the St. Lawrence. Another project, meanwhile, is examining the effects of the invasive round goby on the Upper St. Lawrence River’s food web. Says Hickey: “Although anglers are always interested in large bass and large walleye, it’s those fish close to the base of the food chain that support all those bigger fish.”

Learn more about the Institute’s work at www.riverinstitute.ca.