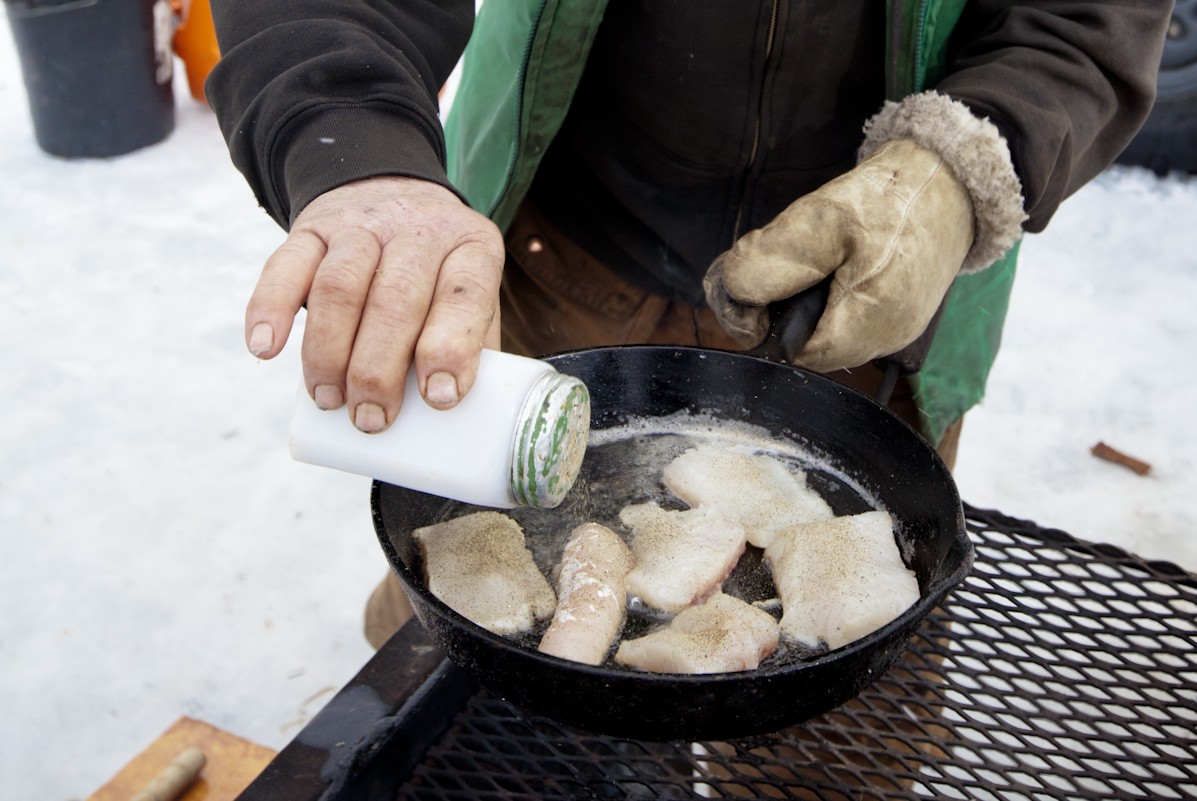 How to cut perfect fillets every time

In the Filleting Fish DVD, Rapala pro staffer and expert bladesman Paul Powis shares his simple methods for preparing a variety of freshwater catches for the pan. Working at a well-used fillet table on his dock, Powis walks viewers through step-by-step instructions for everything from panfish to pike. Here are just a few of his tips.

The usual method of fi lleting walleye leaves a row of pin bones along the fish’s pronounced lateral line (the darker flesh running down the centre), but there’s a nifty way to take them out. Powis calls it “zippering,” which also serves to remove the lateral line’s strong fishy taste. At the tail of the skinned fillet, make a short cut on either side of the lateral line. Gently pull the two sides apart and the fillet will split neatly down the line. Then simply peel off the strip of dark fl esh, complete with the pin bones, leaving two boneless fillets.

Nothing cleans a bucketful of perch or crappie like a modern electric knife with serrated, reciprocating fillet blades. While fast, it’s inflexible, therefore requiring a different technique on small fish. With the fish on its side, make a single cut from the back of the skull to behind the pectoral fin, down to the spine. Then turn the blade flat on its side and cut out to the tail, slicing through the ribcage. With the fillet skin-side down, cut away the ribcage using gentle upward pressure; then, applying slight downward pressure, skin it. With practice, it takes about a minute per fish.

It’s easy to be intimidated by the catfish’s formidable skull and tough, leather-like skin (not to mention a face that only a mother could love). At the risk of sounding overly Zen, the trick to filleting a catfish is this: there is no trick. Other than using an extremely sharp knife, just take your time, and use the standard filleting method. But if you run into trouble when skinning, grab the flap of skin with sturdy pliers, and peel it away with gentle, steady pressure, cutting a bit where necessary.

Many anglers don’t bother filleting pike because of their notoriously frustrating Y-bones. However, it’s possible to take five boneless fillets off a mid-size northern, leaving the Y-bones and ribs on the carcass. With the pike on its belly, cut across the fish behind the head, and down to the backbone. Turn the blade and cut along the spine to the dorsal fin, then up to remove a fillet. This also exposes the tops of the Y-bones, which guide the next step. Starting behind the gill plate, gently cut outside the Y-bones, as far back as the dorsal fin, and down to the belly, for another fillet on each side. For the final two, lay the fish on its side and, starting behind the dorsal fin, cut down to the spine, turn the knife and slice out to the tail for a simple fillet on each side.