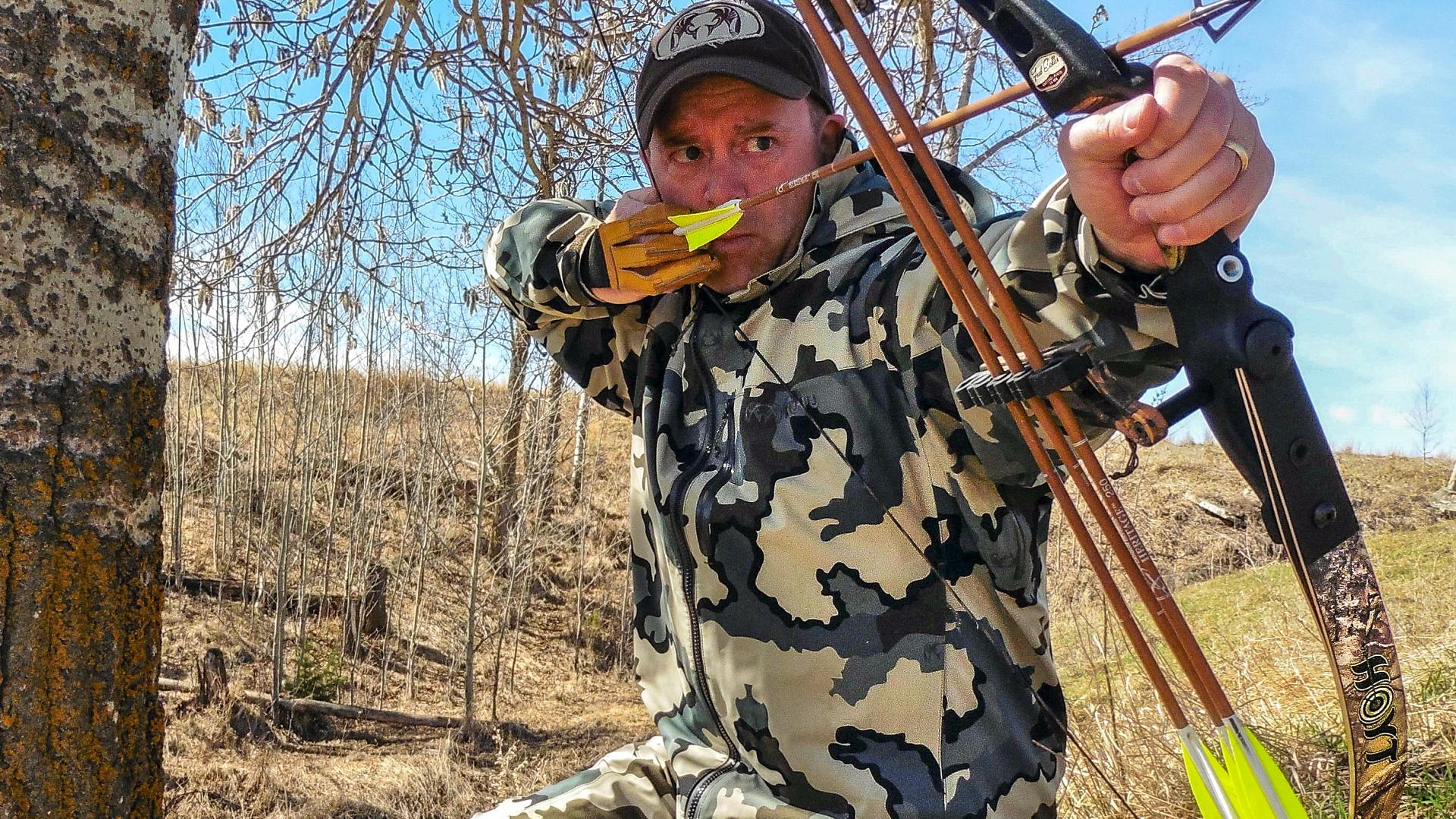 How to make better shots with a traditional bow

I was 12 when I got my first wooden longbow and a quiver full of then state-of-the-art fibreglass arrows. Living in the country gave me plenty of time and area to hone my archery skills. I practised incessantly, stump shooting at every opportunity. Fast forward a decade and a half, and I became the proud owner of a custom-made 62# Maple takedown recurve handcrafted by renowned Canadian bowyer Jack Kempf. From that bow I also shot custom cedar shafts.

Today, my go-to rig is a 55# Hoyt Buffalo takedown married with Easton carbon arrows, placing me squarely in the contemporary world of traditional archery. While materials and technologies may have changed, traditional archery still demands an entirely different approach—complete with a wholesale shift in shooting form and overall philosophy.

Bowhunting legend Fred Bear is famous for pointing out that “the history of the bow and arrow is the history of mankind,” noting that every culture has employed the stick and string since the beginning of time. Archery has been used to defend and overcome enemies, but it has also been universally implemented to hunt game.

In the past 50 years, however, technology has changed the bow and arrow so dramatically that most of us have all but abandoned our roots. Market trends reveal that the majority of today’s bowhunters favour technology and precision over tradition, and for good reason; contemporary compounds and crossbows are faster, easier to shoot, and require less practice to achieve proficiency.

There are still purists in the bowhunting community who value the added challenge of working with the most rudimentary of traditional equipment, namely the use of either a longbow or recurve. But like so many other aspects of hunting today, one can argue over varying degrees of tradition, as archery as a whole has evolved unimaginably over the last century.

Indeed, today’s traditional longbows and recurves look very different than they did just 50 years ago. Few traditional bowhunters still carry a hickory bow with a sinew string, for example, or rough-hewn arrows with feather fletching latched on one end and a bismuth arrowhead tied to the other. But they do still adhere to the principle of relative simplicity.

The art of concentration

The various shooting styles and methods used by traditional archers, along with the biomechanical requirements of shooting a longbow or recurve, are different than those of shooting a compound. Even still, the basic principles of drawing, anchoring, aiming, releasing and following through are similar. In both cases, you need concentration. To become a proficient traditional archer, however, you must have absolute concentration.

Shooting styles vary from using one, two or three fingers below the nock, but arguably the most common method employed by traditional bowhunters involves instinctive snap-shooting. Unlike compounds, there is no let-off with traditional bows, making them very difficult to hold at full draw. But with snap-shooting, the arrow is released as soon as the bow is at full draw.

Accordingly, you must completely concentrate on the specific area of the intended target as you raise the bow and pull back the string. Instinctive snap-shooters are less concerned about distance in yardage, and more focussed on how the distance “feels” and how the shot is executed. (While competitive recurve target archers will often use a sight system, relatively few traditional bowhunters will use one.)

Body, bow and arrow become one

After years of practice and by following the sage advice of several of my accomplished traditional archery peers, I have learned to adopt my own relaxed shooting style. Most importantly, I have learned to anchor consistently and to focus on the precise spot to which I intend to deliver my arrow. If my concentration fails, so does my shot. If it remains intact, the arrow flies as true as if I were merely drawing a line from my pointer finger to the target.

In the end, traditional archery involves the development of an absolute kinesthetic connection between one’s body and the bow and arrow. Much the same as developing a proficient golf swing, achieving this oneness with a longbow or recurve demands plenty of practice and intense concentration—and, of course, the desire to go traditional.