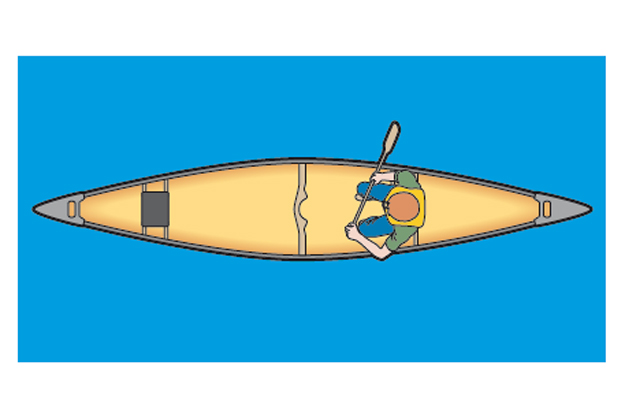 How to paddle a canoe by yourself

If you’ve ever paddled solo in a tandem canoe, you know how easy it is to find yourself zigzagging all over the water on a calm day, or turning your canoe into a spinning weather vane in heavy wind. Here’s how to keep your bow pointed in the right direction when travelling in a tandem on your own.

Instead of sitting in the stern seat, sit in the front seat instead and face the stern, making it your bow. This position will spread your weight more evenly along the keel line, adding to the canoe’s stability and speed. If you stick to the stern seat, you’ll waste your energy on heavy correction strokes as you precariously move along with the bow well out of the water. There’s also a good chance you’ll take an unexpected dip if the wind blows up. 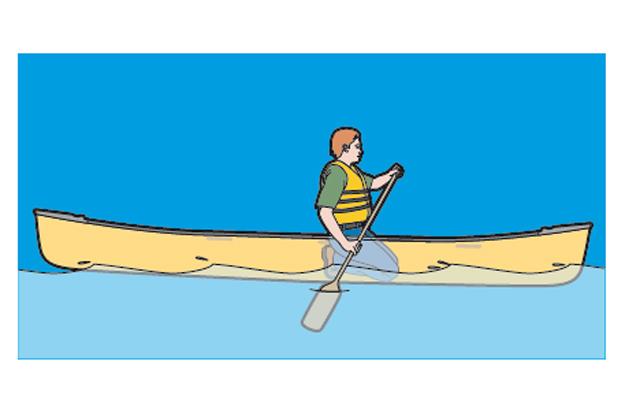 When there’s a howling headwind, use it to keep your canoe pointed straight ahead. Starting from the position described above, carefully move forward and kneel in front of the centre thwart, then resume paddling. With the canoe now trimmed bow-heavy, the wind will force it to point straight into the wind. How so? Whichever end of the canoe is trimmed heavier acts as a pivot point, while the lighter end sits higher in the water and has more exposed freeboard (the distance between the water and the top of the gunwale) to pick up the wind. As a result, the higher end will point in the direction the wind is blowing; the other end will point straight into the wind. In a tailwind, on the other hand, you can stay straight by keeping your canoe trimmed stern-heavy.