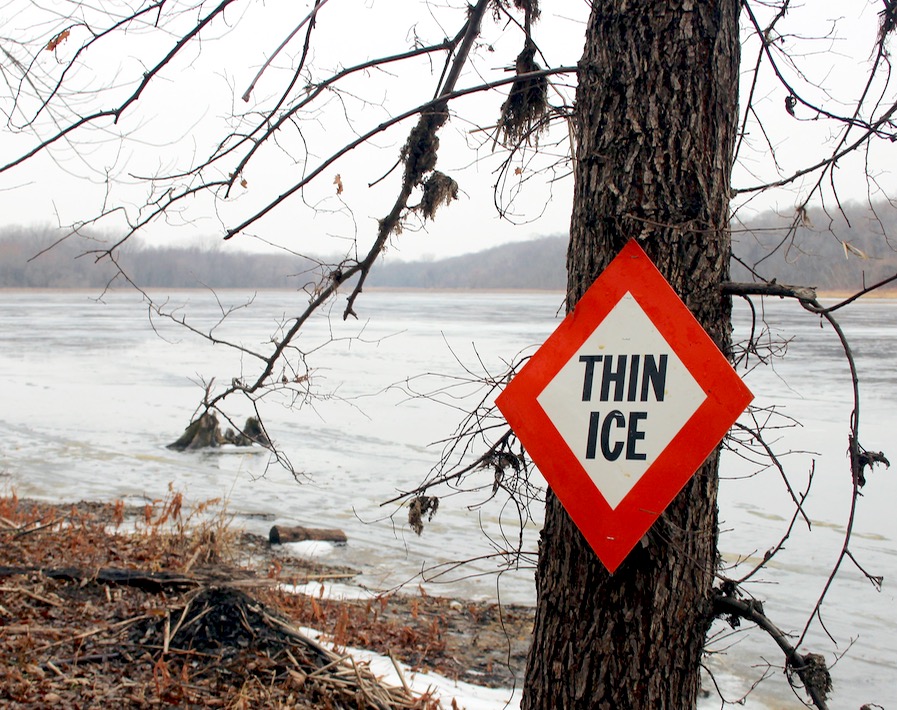 How to rescue someone who’s fallen through the ice

How to rescue someone who’s broken through the ice

If you spend a lot of time on the hardwater, you no doubt know all about ice safety. You know, for example, that the ice should be at least four inches thick if you’re heading out on foot, five inches if you’re on an ATV or snow machine, eight to 12 inches for a car and 12 to 15 for a mid-size truck.

You also know you should wear a flotation suit and carry a spud, ice picks, throw rope and extra clothes in a waterproof bag—just in case. But what if others aren’t so careful, and go through the ice? Here’s what you can do to help after immediately calling 911.

In a calm, clear voice, advise them not to panic, and to slowly breathe in through the nose and out the mouth. When people unexpectedly end up in water colder than 15ºC, it’s most often cold shock that causes them to involuntarily gasp, inhale water and drown. Cold water also causes hyperventilation and muscle spasms, so it’s crucial they control their breathing. According to cold-water immersion expert Gordon Giesbrecht’s 1-10-1 rule, they have one minute to control their breathing, 10 minutes before they can no longer effectively move their limbs, and one hour before they lose consciousness due to hypothermia.

Urge them to swim back to the edge of the ice where they broke through, since the ice up to that point should be relatively safe. Tell them to keep looking up, get their arms on top of the ice and kick with their back legs while pulling forward with their arms as hard as they can, says Scott Hembruff, lead instructor with Ontario’s Wilderness Rescue Solutions. Once they’re entirely on top of the ice, tell them to roll away from the hole.

If they’re struggling to get out, resist the urge to run up to the hole—you’ll just make things worse if you also go in. Instead, stay well back, preferably on shore, and try to reach out to them with anything they can grab onto, such as a fishing rod or jacket. Or, toss them your throw rope and have them tie it around their waist while they still can. No rope? If there’s the likes of a small boat handy, push it out across the ice to reach them. Should those options fail—and help is still a long way off—lie on your stomach to spread out your weight and crawl out with something they can grab. Once they’re out, get them dry and warm as soon as possible.