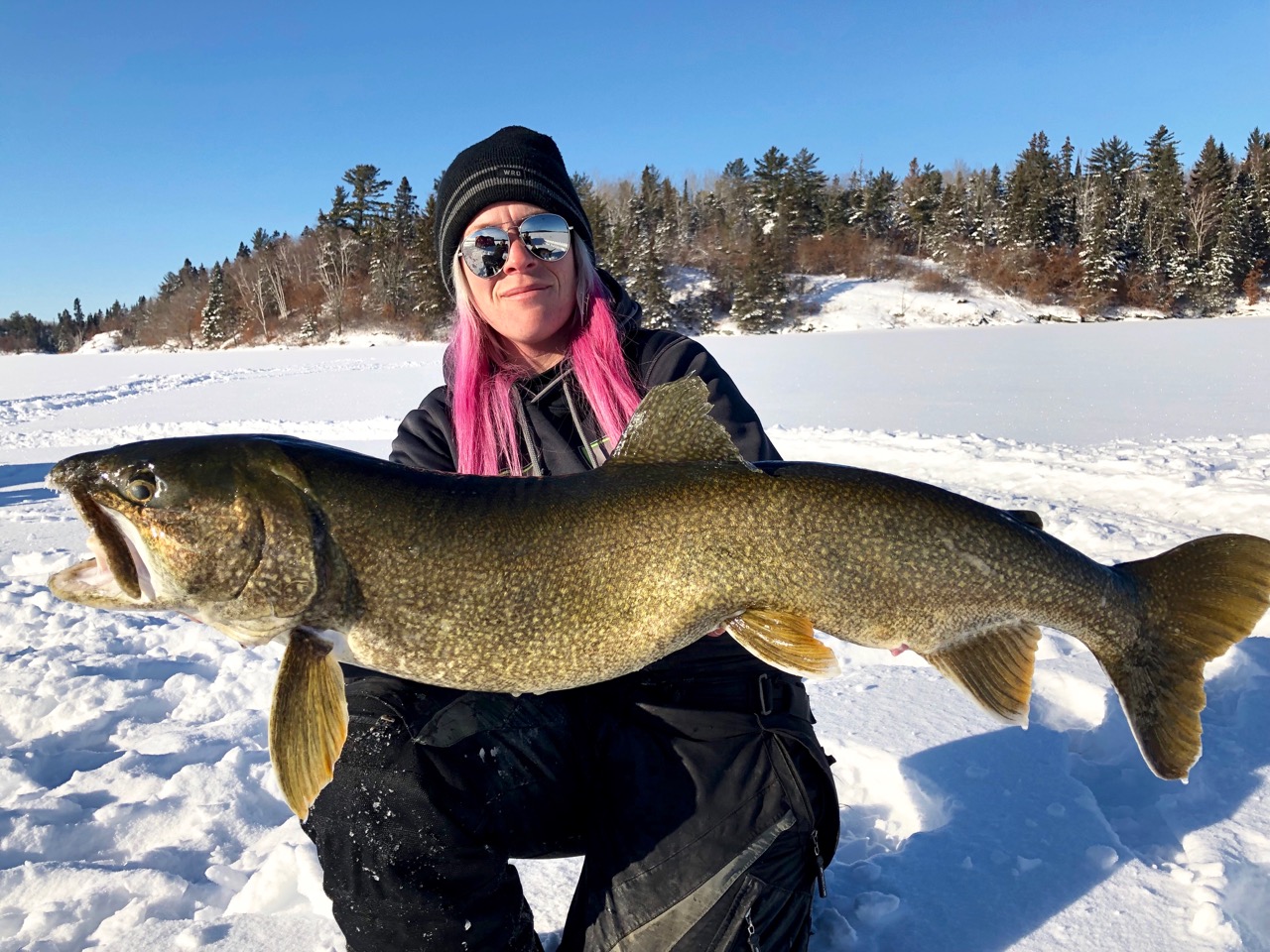 How to trigger bites from finicky wintertime lake trout 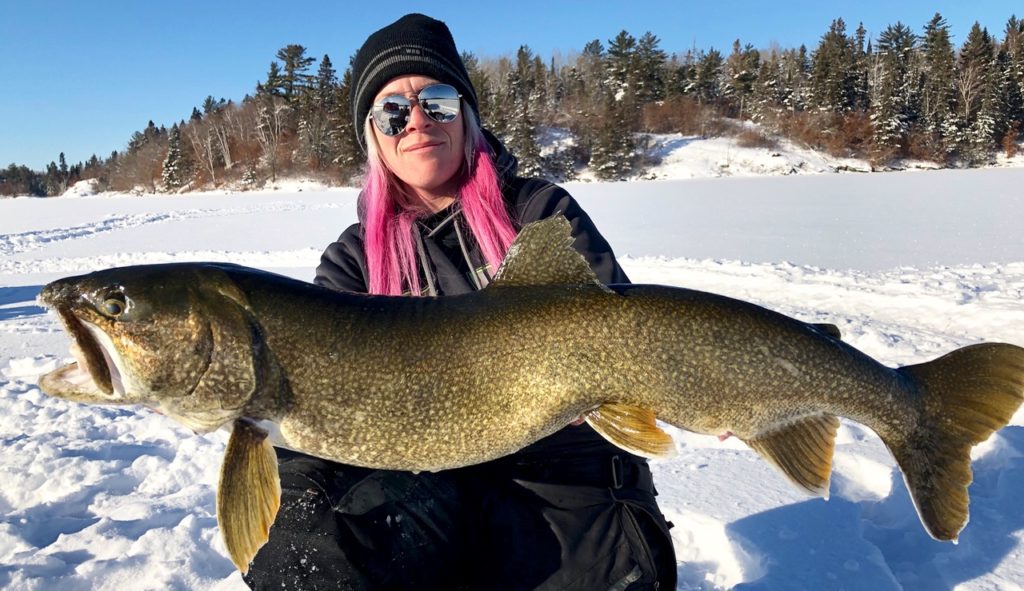 Given their penchant for mauling baits jigged high up in the water column, there are few fish more exciting to catch through the ice than lake trout—when they hit, they just about rip the rod out of your hand. Just ask Winnipeg-based ice angler Vanessa Toews (above), whose Instagram page (@nessa_b_fishin) features plenty of big wintertime lakers, not to mention giant walleye. “There’s nothing more exciting than ripping a tube jig away from a lake trout, then feeling it hit your lure,” she says. “There’s also nothing more disappointing than watching a finicky trout refuse to bite. Too many times I’ve watched a big fish show up on my sonar screen, then fade away as fast as it came in.”

Frustrated by those close encounters, Toews found a way one winter day to turn the lookers into biters. “I tried everything to make the trout bite,” she says. “Then as one mark was fading away, I dropped my lure and smacked it into the bottom several times to get the trout’s attention.” With that, the faint blue mark of the retreating trout suddenly glowed red on her sonar, so she dropped the lure again, then lifted it up and held it barely an inch off the bottom. “The trout dove down, scooted back up, dove down again and picked up my bait,” she says.

Since then, Toews has used the same technique to catch scores of finicky lakers. While the quickly falling bait triggers the fish, it’s the heavy thump and dirt cloud that seals the deal. It’s somewhat counter-intuitive, as lake trout usually scoot up to eat a meal, but it works if you’ve already grabbed the fish’s attention. Says Toews: “Trout have excellent vision, and this trick will get even the biggest ones to commit.” 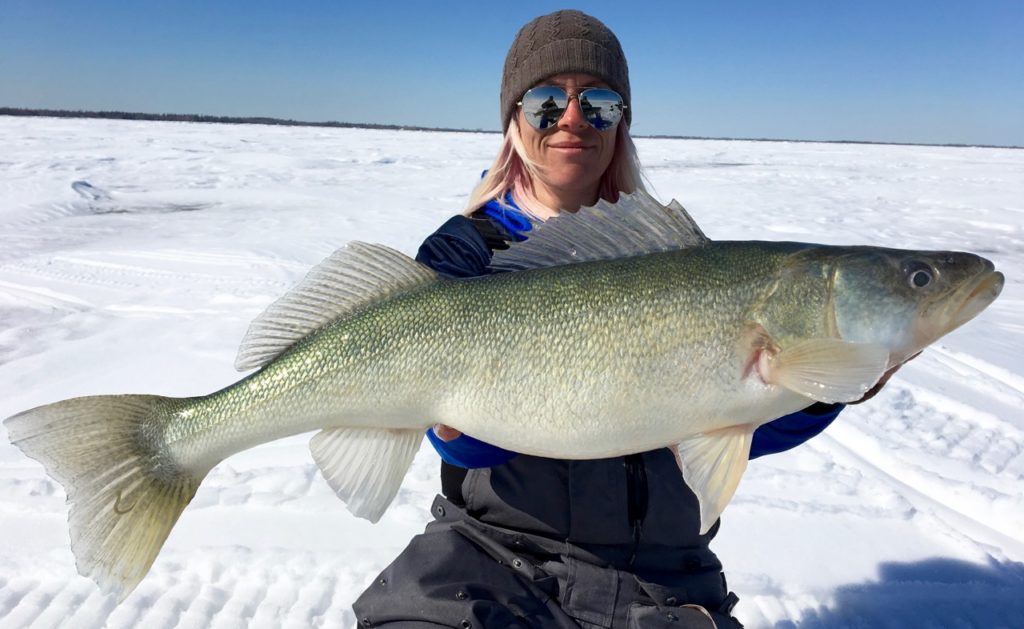 When Vanessa Toews chases Lake Winnipeg’s giant walleye on clear, cold, high-pressure days, she always arms one of her medium-heavy fast-tipped ice rods with a Berkley Warpig crankbait. And to add scent without impeding the action, she wraps a salted minnow around the front treblehook. She also fastens the eye of the back hook to the split ring and post with heat shrink tubing so it doesn’t swing around and catch the line when she’s jigging.