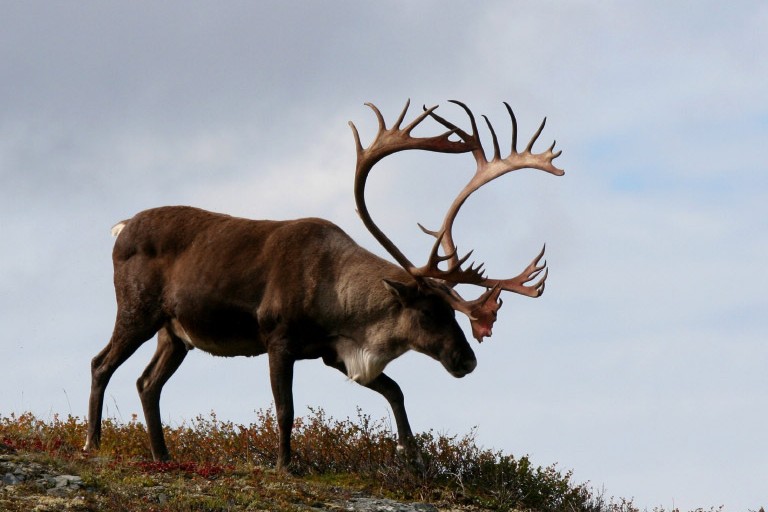 Just as the vegetation begins to take on hues of amber and crimson, northern Quebec’s great caribou herds leave their calving grounds to begin the annual migration to more southerly wintering pastures. For the hunter in the right spot, this is the time to watch literally thousands of animals pass by in a seemingly endless stream. I was fortunate enough to have timed it perfectly a few summers ago in Quebec’s Ungava region, and the memory of rivers of waving antlers still resonates. The challenge here is not in getting a shooting opportunity, but rather deciding which bull to take. To the uninitiated, all caribou look big, with their oversized racks perched atop modest bodies. While you’d do well to learn the subtle influences of main beam length and tops, bez points, shovels and back points, it’s seldom a mistake to rely on the experience of the local guides. And with two tags available, you’re all but assured an opportunity to best your first effort.

Generally speaking, this is not a physically demanding hunt, making it ideal for young hunters or those starting to get along in years. And as an added bonus, it’s among Canada’s most reasonably priced guided big-game hunts.

The key to hunting caribou is selecting an animal of interest at the greatest distance possible, then putting yourself in position to intercept it as it passes by. It’s all but impossible to catch up to a caribou once it’s gone by, and the animals seldom linger more than a few minutes in any one location. Despite the apparent open terrain of the tundra, there are numerous rocks, hills and eskers to provide cover.

Quebec caribou are not large animals, and any rifle chambered between .25-06 and .30-06 will do just fine. Caribou are also an excellent choice for those who prefer bows, muzzleloaders or shotgun slugs (on my last hunt, for example, another hunter took a fine bull with a 20-gauge slug).