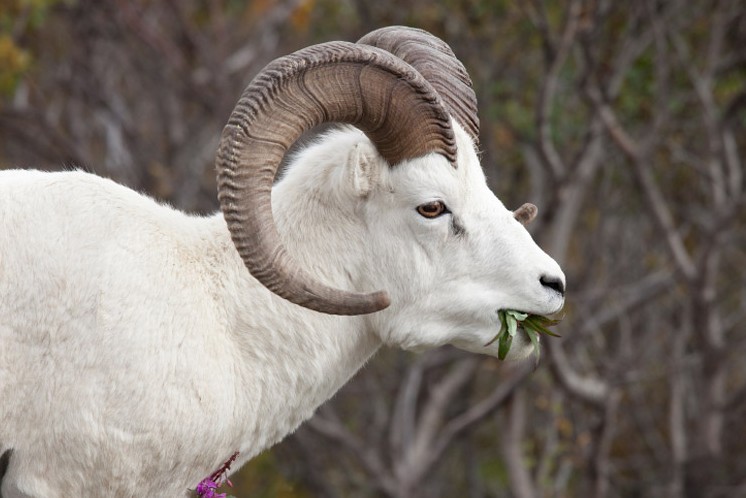 Many believe sheep hunting to be the ultimate North American hunting adventure, and pursuing the beautiful Dall’s sheep in the high country of the N.W.T. may well be the best of the best. Considered part of the thinhorn sheep family, along with the Stone’s sheep of northern B.C., the Dall’s is characterized by a snow-white pelage, gracefully flared horns and the pristine vistas it calls home. Sheep hunting isn’t for all of us, as it demands stamina, strength and a somewhat sizeable wallet (although Dall’s sheep hunts are largely acknowledged as the most affordable of the genre).

The town of Norman Wells is the jumping off point for hunting sheep in the Mackenzie Mountains, the long-time hot spot for Dall’s sheep aficionados. Hunters are treated to spectacular
views—and ample opportunities to see moose, caribou, wolves, grizzly bears and wolverines—as they climb from broad valleys to the peaks of rugged mountains, often ascending as high as 4,000 feet.

There are several options for getting around this wilderness country, but shank’s mare is the main mode of transport once you’ve spotted the sheep. Some outfitters use horses for travelling through parts of their territories, while others employ pack dogs. There are also those who offer backpack hunts. With this in mind, it’s critical that you’re upfront with your outfitter about your physical capabilities to ensure the hunt is within your limitations. As for the hunt itself, the sheep are generally located through spotting scopes, at which point a stalk is planned.

Even in July, this rugged country can feature extremes in weather, so dress in layers and be prepared for everything from cold and wet to hot and dry. Ideal sheep calibres, meanwhile, run from .25-06 to the .300 magnums.