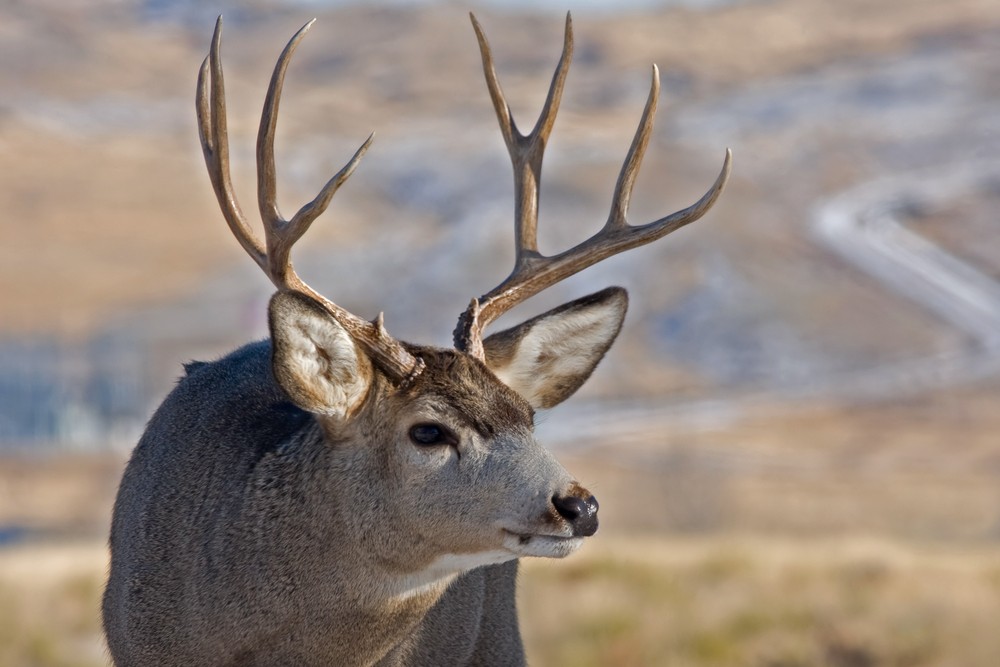 Experienced Outfitters will tell you that a record-book mule deer is among the most challenging to find of North America’s big-game trophies. The records suggest Saskatchewan is our nation’s best bet for tagging mulie, ranking third in the continent based on qualifying entries over the last 20 years. Unfortunately, non-resident hunting for mule deer is not permitted in Saskatchewan. Not to worry, as Alberta has been giving up a tremendous number of quality mulie bucks of late.

Mule deer are widely distributed in the province, but the prairie land south of the Red Deer River is generally considered the most consistent producer of trophy-sized animals. Mule deer feel right at home in the many river valleys and coulees, and that can pose a challenge for hunters. For starters, the undulating landscape means the deer can easily go undetected. Plus, the steep topography can be a daunting obstacle for all but the fittest hunters.

The quality of Alberta mule deer bucks is undeniable. The number one all-time non-typical mule deer is an Alberta buck, for example. But that record was set in 1926, making it oneof the longest-standing North American trophies. Examining more recent records, 51 typical mule deer from Alberta have been registered in the last 20 years, with the top 10 ranging from 196 to 206 B&C points.

When to go: The open season for rifle hunters is restricted to the month of November, which is just fine, as it coincides with the rut. Late-season weather can push does into the agricultural fields, and where the does go during the rut, the bucks are sure to follow.

Tactics: Mulie hunting is a spot-and-stalk game. Hunters cover a lot of ground glassing likely locations. Once a trophy buck is identified, it’s time to devise a plan to get within range using available terrain as cover.

Gear: Shots can be long, and mule deer bucks are deceptively big and tough. The best calibres, therefore, begin at .270 and extend up to the .300 magnums. Dress in layers, as you may face long hours of stationary glassing followed by strenuous stalks.

Next best bets: The Kootenay and Peace regions of B.C. consistently produce outstanding mule deer, as does Alberta’s portion of the Peace River. To the southwest in Alberta, the Porcupine Hills
and adjacent foothills have an solid history of recordbook animals.