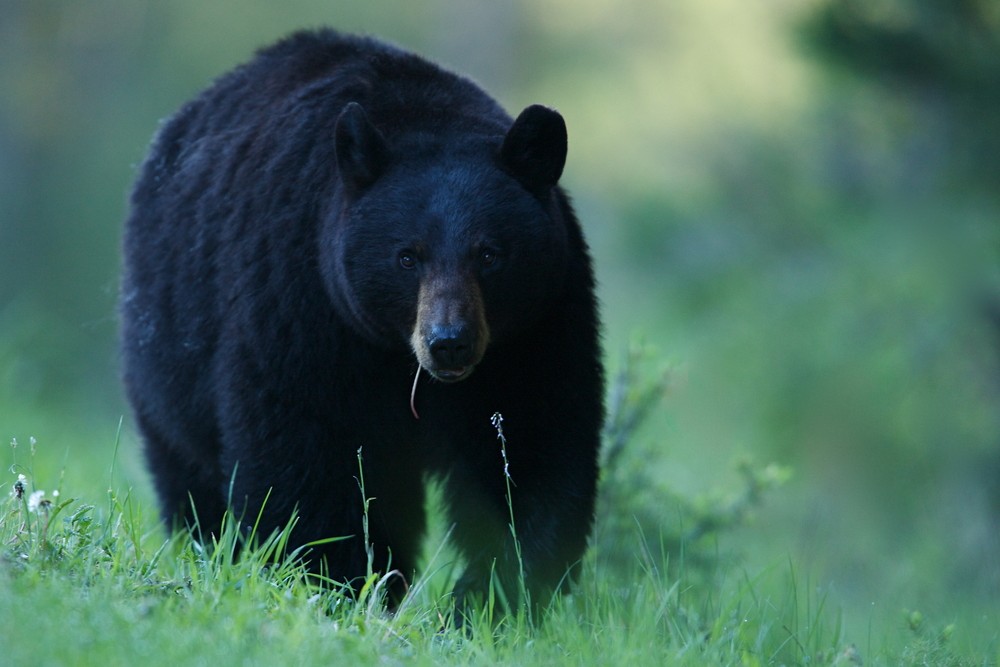 It can be challenging to determine whether a black bear qualifies as a trophy, as there’s little correlation between body size and skull size—and when it comes to the B&C records, it’s the skull that matters. So, just because a bear may be large in body, it doesn’t automatically make it a trophy.

If you head to west-central Saskatchewan, however, the odds are good that big blackie in your sights just might be record-book quality. No province has put as many bruins— 164 in all—into the books over the last two decades than Saskatchewan. Narrowing it down, the spot-on-the-spot appears to be Bronson Lake, just southwest of Meadow Lake, where eight qualifying bears have been logged.

The formula for growing big black bears appears to be equal parts genetics, food quality and quantity, and large tracts of forested cover allowing the bears to go about their business undisturbed. Certainly, some areas—most notably Vancouver Island, with its long growing season and high productivity—produce plenty of huge-bodied bears, but those animals don’t make the record book with anywhere near the frequency that west-central Saskatchewan’s bruins do.

As an added bonus, this region of Saskatchewan boasts good numbers of coloured bears, including browns, chocolates and even blonds. Requiring a minimum score of 21 (combined skull length and width measured in inches), Saskatchewan’s best bear in the last two decades was a boar scoring 2211⁄16—taken, as you might have guessed, near Bronson Lake.

When to go: The last three weeks of May consistently produce trophy bears, with boars on the move seeking rich food after a long winter’s rest. The longer into the spring you go, the more likely the bear’s fur will be rubbed, diminishing the quality of your rug.

Tactics: Baiting is the preferred tactic for spring bear hunting in this region, meaning treestands or ground blinds for the hunter. It’s not uncommon to see many different bears each day, so it’s the patient hunter who is most often rewarded with the biggest bruin. Spot-and-stalk hunting along right-of-ways or south-facing slopes can also prove effective.

Gear: Baiting is ideal for those looking to hunt with archery equipment, but rifles, smokepoles and even shotguns with slugs are also effective. Rifle hunters should select calibres from .270 on up, using well-constructed bullets. The weather is usually mild, and travel minimal, so there’s little need for specialized clothing.

Next best bets: Western Manitoba in the Riding Mountain National Park and Duck Mountain regions regularly produces huge-skulled bears, including the ninth and 12th largest bears taken anywhere in North America over the last 20 years. The forested regions of northern Alberta, northwestern Ontario and both Vancouver Island and B.C.’s mainland coast also give up trophy-quality bears each year.

Beyond the status as Canada’s most popular—and populous— big-game animal, white-tailed bucks are equal parts beauty, brawn and cunning. Fooling a veteran on his home turf anywhere in the country is no simple feat, which explains in part why they rank as our number one trophy. But for the biggest of the best, the record books point to the forest fringe habitat in and around Saskatoon, Prince Albert and Meadow Lake in west-central Saskatchewan.

Home to three of the top four typical white-tailed bucks taken in North America during the last 20 years, the region is clearly Canada’s top producer of giant white-tails. Indeed, there’s the possibility of meeting a descendant of Milo Hansen’s famous 1993 bruiser—at 2135/8, it still stands as the largest buck ever taken. And while Saskatchewan may rank fourth on the list of provinces and states in terms of the total number of record-book animals taken over the last two decades, it undeniably emerges at the top once you factor in the number of hunter-days invested.

The region boasts all the ingredients for consistently producing wall hangers: good genetics, relatively light hunting pressure and a perfect blend of agricultural crops for food and dense mixed-wood forests for cover and security. It can be tough hunting, though, given the frequent heavy snowfalls, frigid temperatures and comparatively low deer densities. But baiting is permitted in Saskatchewan, tipping the scales somewhat when compared with the rest of the Prairie provinces. Here, the patient and determined hunter is likely to be rewarded in a manner unparalleled across the white- tail’s entire continental range.

When to go: White-tailed bucks are most susceptible during the rut, meaning the middle two weeks of November is prime time.

Tactics: Tough as it can be on the constitution, hunting from treestands or ground blinds has proven to be the most effective. It’s a test of patience and vigilance, and you’ll face long, lonely days with little activity. But in good habitat, the odds are high you’ll see at least one superb buck.

Gear: Amature northern buck can top 300 pounds, so appropriate calibres range from .25-06 to the .300 magnums. Well-constructed bullets are a must, especially when shooting at close range from a stand. Clothing designed for extreme temperatures, from insulated boots to wool balaclavas, is essential.

Next best bets: East-central Alberta between the North Saskatchewan and Battle Rivers; northern Ontario in the Lake of the Woods region; west-central Manitoba; and the Peace River region of B.C.