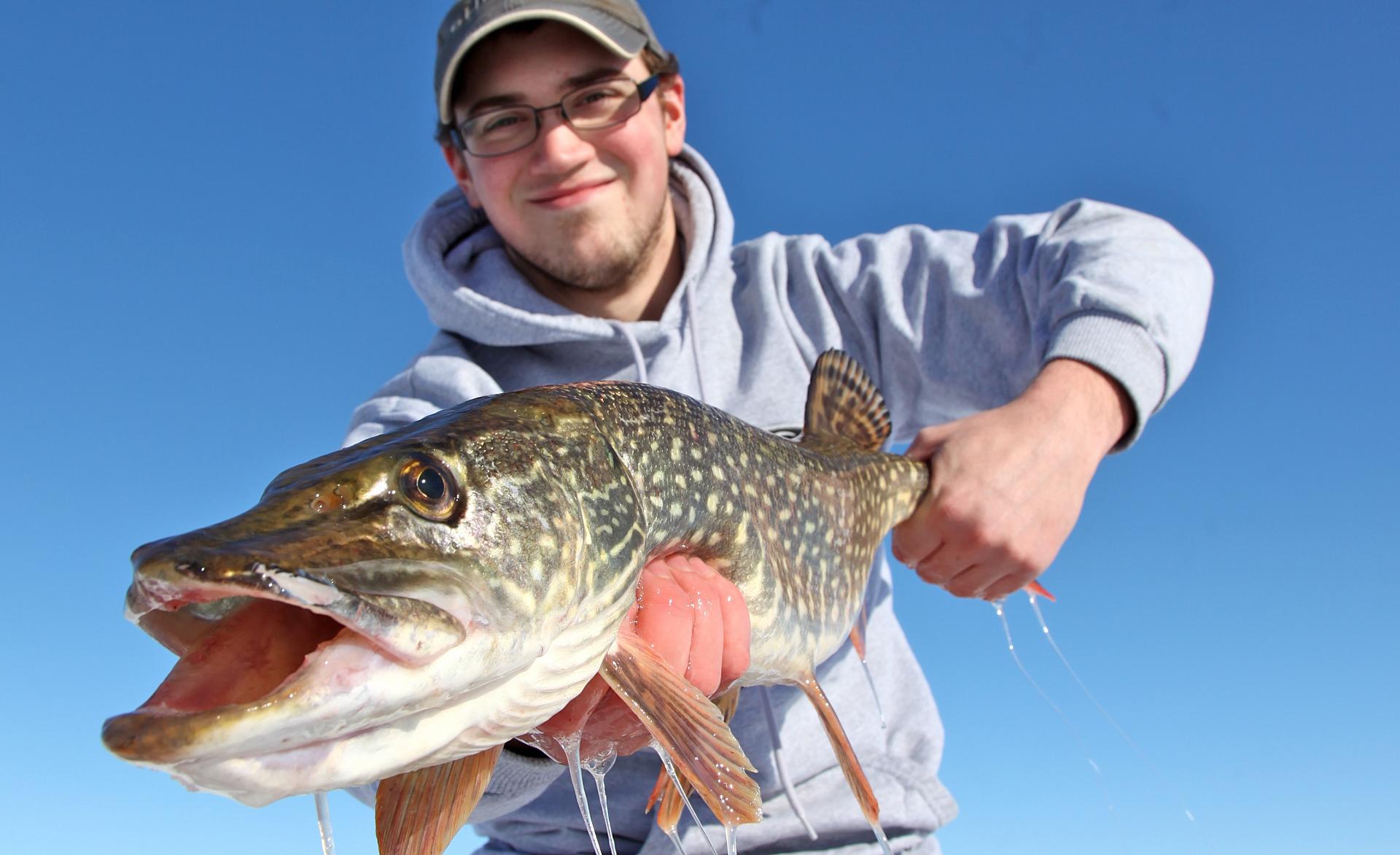 Ice-fishing for northern pike: The only 4 presentations you’ll ever need

One of the best ways to attract and catch big pike is to set up a series of tip-ups—sometimes called a trapline—over prime structure. I usually go wintertime pike fishing with three other people; since it’s legal for each of us to run two lines, we can have eight holes in our trapline. (Be sure to chek your local regs beforehand.)

When it comes to tip-ups (below), always abide by the adage that you get what you pay for. The punishment a big fish can inflict on your gear often creates breaking points, so invest in quality gear. The last thing you want is to have a line spool stop turning or actually get pulled off a tip-up. The better units don’t freeze up, and even if you get ice covering the surface of your hole, the tip-up will still perform and let you catch and land fish. 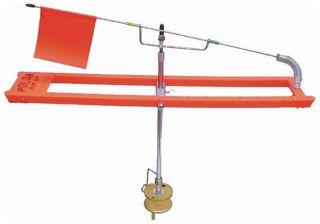 There are several different tip-up styles, so choose the one that best suits the conditions where you’ll be fishing. There are those with a longer signal flag shaft designed to pop up and be visible in several feet of snow, for example. Some models cover and insulate the hole to prevent it from freezing over, while others catch the wind to jig your bait. And for anglers who want to make their outing as relaxing as possible, there are even get tip-ups with alarms that sound when a fish takes your bait.

As for line, Dacron or special tip-up lines are easy to handle with gloves, and they don’t freeze up or tend to tangle—huge benefits when fighting fish on a handline. Just make sure to fill the spool, as big fish in deep water can quickly peel all the line off a tip-up.