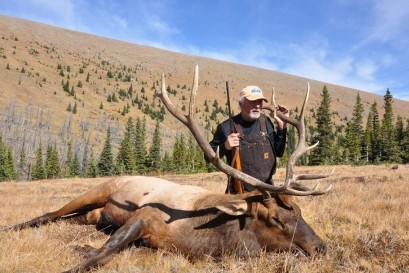 In defence of hunting for the biggest game of all

In a feature article I wrote for this very magazine in 2001, I recounted the hardships I faced during a bighorn sheep hunt in Alberta’s Rockies. The ram I took on that adventure was a true trophy, with the age and score to back it up, and that is how I referred to it in my story.

To my surprise, the article prompted a letter from an irate reader, outraged that I would hunt an animal just for its horns and allow all the meat to go to waste on the steep mountainside. Nowhere in the article, however, did I discuss the meat. While the horns were indeed my ultimate goal, I just thought everyone would have taken it for granted that the meat was equally important—not to mention that I was legally bound to recover it. The letter was my first real taste of the disdain for trophy hunters in some quarters.

Indeed, there’s no group of hunters surrounded by more controversy than trophy hunters, with most of the ill will born out of nothing more than ignorance. Sure, there are bad folks in every crowd, but in most cases, a trophy hunter is nothing more than someone who chooses to pursue the biggest and most mature specimens while still respecting the laws of the land and the universal ethics of hunting.

Certainly the University of Alberta’s David Coltman didn’t help the cause of trophy hunters with his 2003 paper Undesirable Evolutionary Consequences of Trophy Hunting. While the paper created quite a stir upon its release, many notable wildlife experts later took Coltman and his co-authors to task for his conclusion that hunters had prompted the evolution of smaller-bodied and smaller-horned rams. The paper is now basically regarded as too limited in scope to have any universal value, with some even referring to it as junk science.

Nonetheless, Coltman’s paper briefly reared its ugly head again last year when Alberta’s Ministry of Environment and Sustainable Resource Development was looking at reducing sheep-hunting opportunities, citing the declining quality of rams in the province. The department quickly washed its hands of the paper, however, after being challenged by Alberta hunters. Trophy hunters are an easy target, I suppose, in part because some are driven by ego. There’s a certain pride that comes from taking a high-scoring animal, after all, with numerous clubs and organizations recognizing trophy animals and the people who hunt them. But with that ego typically comes a commitment to the resource and to the heritage of hunting that is unmatched by most others in the hunting community.

I’m not saying that only trophy hunters work hard for conservation and our heritage. But if you look at the prominent hunting and conservation groups in North America, most have a strong trophy-hunting component. I can’t see why an apology is required for that.

Safari Club International, for example, is a global conservation and hunter advocacy group, and one of the leaders in promoting the benefits of trophy hunting across the globe. In 2011, the president of Safari Club International Foundation, Joseph Hosmer, testified before the U.S. Congress about the benefits of trophy hunting. According to Hosmer, hunters inject more than $200 million a year into the rural African economy alone. And without trophy hunters travelling to Africa, the future of wildlife in many areas of the continent would be tenuous at best.

Even here in North America, trophy hunting puts a lot of money into local economies, while playing a major role in ensuring the future of wildlife in some regions. Combine that with the countless hours that trophy hunters volunteer to promote conservation, and wildlife is the ultimate benefactor.

In the end, trophy hunters are simply hunters who choose to travel, focus only on the mature males of a species and dedicate a lot of time to their passion. They practise good ethics, follow the law and promote the heritage of hunting. Why is it again that these dedicated people are so hated? They really are just hunters who pursue their passion for reasons that may differ from those of others. I guess for some, that’s reason enough. And that’s a shame.