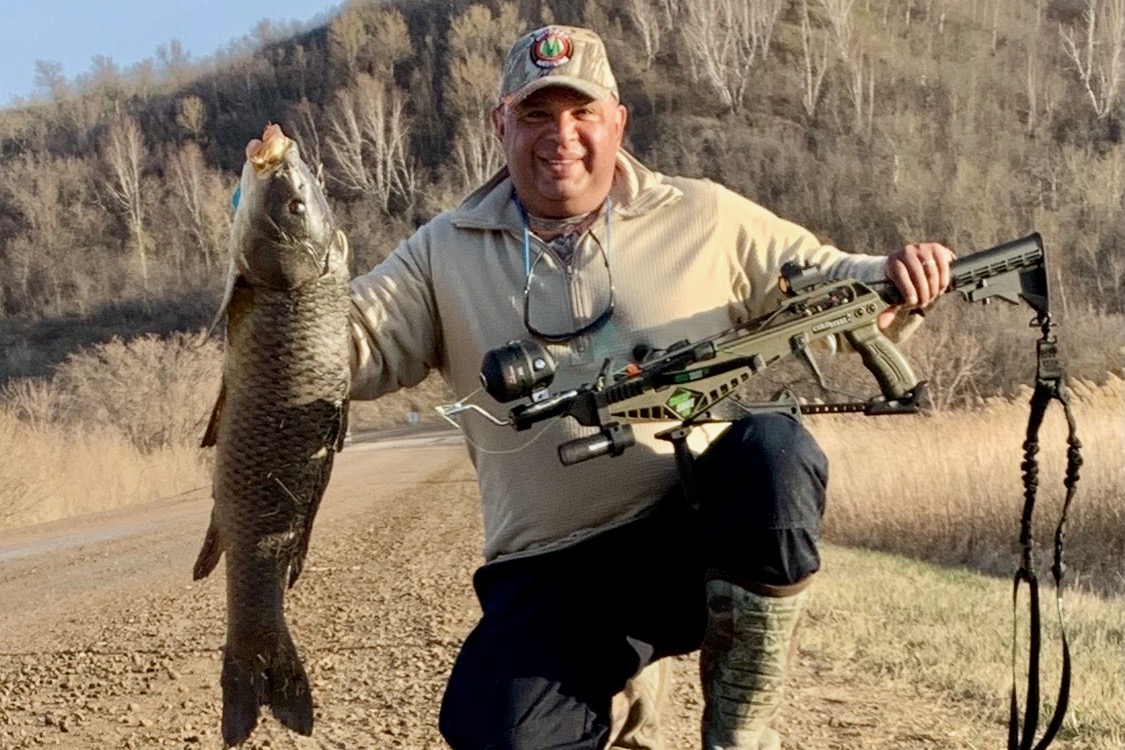 Knowing the law can ensure you enjoy your outdoor pursuits. Here’s why

Knowing the law can ensure you enjoy your outdoor pursuits

As outdoor enthusiasts who love to fish and hunt, we are guided in our activities by various laws and regulations pertaining to safety and the conservation of the fish and game we pursue. Knowing and understanding these laws and regs are key to enjoying a carefree fishing or hunting trip. Even more importantly, if push comes to shove, you will know where you stand legally if someone challenges you on your activities. A good case point happened to me this past summer.

After a good day of bowfishing, I was feeling pretty good. Little did I know that was all about to change when my phone rang. A conservation officer from Saskatchewan’s Regina office introduced himself, then advised me they received a complaint about me using a crossbow to bowfish for common carp. I confirmed that I had indeed been targeting carp with a crossbow. I added that I had even made several social media posts about it, encouraging others to give it a try. The CO then proceeded to advise me that crossbow fishing is illegal, and that I would be issued a warning letter.

I informed him that Saskatchewan’s fishing regulations do not define the word “bow” in bowfishing, inferring you can use any kind of bow, including a crossbow. The only regulation pertaining to the bow itself is that there must be a string attached to the arrow and secured to the bow. That aside, I also told the CO that since I’m a Status Indian, I can already legally use a bow to hunt carp, which are considered invasive in my province. The conversation ended with the CO saying I would still be issued a warning. 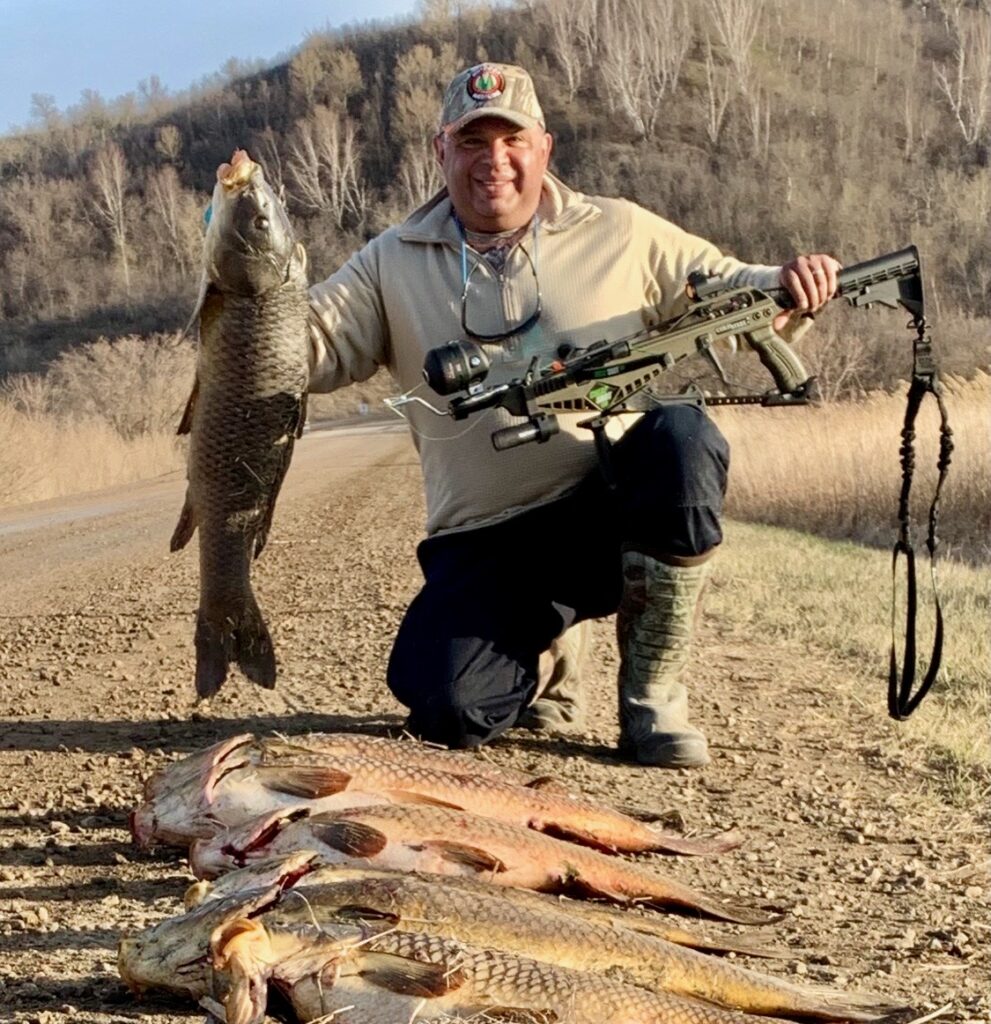 The author and his crossbow catchesAfter digesting this conversation, I called the officer back and said he should not issue me a warning because I had done nothing wrong, and that a warning implies I could have been charged. Later, he phoned me back and acknowledged that I could use a crossbow for bowfishing after all because I am a Status Indian. At this point, however, it was no longer about me. I needed further clarification to ensure that other bowfishing enthusiasts would not be harassed or threatened with charges if they used a crossbow, regardless of whether they were Status Indians.

THE LAW VS. OPINION

I figured I had the law on my side, and surely the CO would see this and interpret the regulation as it was written, and not continue to make things up. The fact that the definition of a bow is not included in the regulation is not the public’s problem—it is an internal government issue. They would need to amend the regulation accordingly if anyone were to be charged.

Further conversations with the supervising CO quickly told me that my hopes of having the law supersede personal opinion was not going to happen in this case. Shockingly, the supervisor proceeded to tell me the length of the arrow used for crossbow fishing was illegal. It was then it became blatantly clear to me that these law enforcement officers were making things up. Things finally came to a boiling point, and I requested that they charge me so we could settle the matter in court.

I knew that in a court of law, a CO’s personal beliefs would be irrelevant when it comes to the enforcement of law. As a retired RCMP officer, I was sickened over this incident and I followed up with complaints to the provincial Minister of Environment’s office and the Premier’s office.

A month later, I received the following response from the Ministry of Environment reaffirming my stance from the beginning: “After careful review…the ministry interprets the term ‘bow’ in the applicable legislation related to ‘bow fishing’ to include ‘crossbow’ and has no concerns with the use of this type of bow for this specific angling activity.” Case closed.

Despite this incident, I know there are many more COs than not in Saskatchewan—and across Canada—who do their job in a very respectful manner. There is nothing more sacred than the public’s trust in how officers are supposed to conduct themselves. Nonetheless, remember to familiarize yourself with the laws and regulations before heading out on your next adventure. And, of course, also remember to have fun.