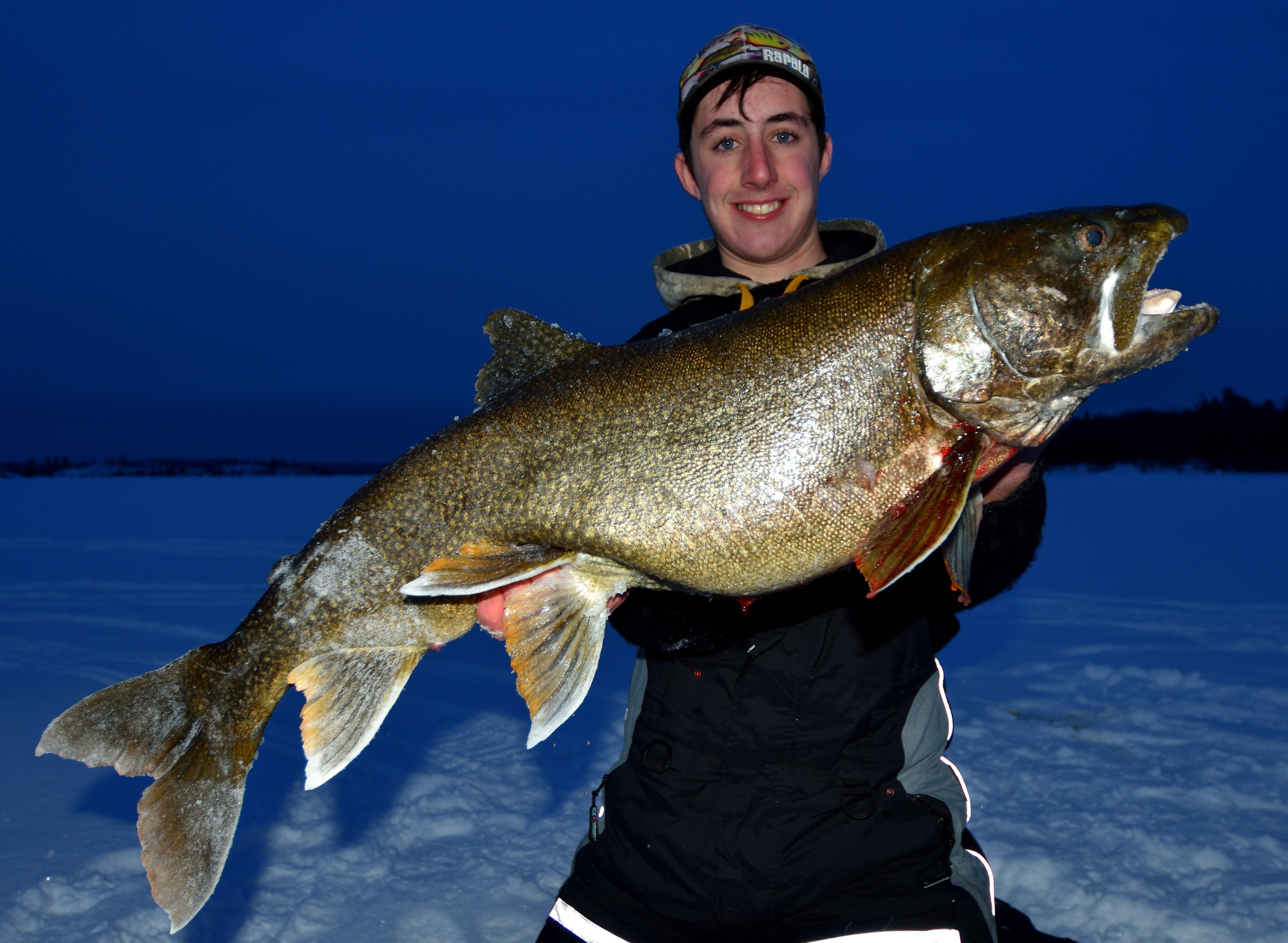 Why using the right ice-fishing rod is crucial

Choosing the right rod for the job is beyond crucial

Picking the right ice rod for lake trout might be the most tricky tackle decision you will make this winter. It’s much tougher than equipping yourself for walleye, whitefish, yellow perch, northern pike, black crappies or any of the smaller stocked trout species. Especially, if you have your sights set on landing a lunker laker.

The biggest problem most anglers face fishing for lake trout in the winter is the same one we encounter casting for muskies in the summer. The fish typically hit with such power and persuasion that you forget to set the hook. I mean, after they almost yank the rod out of your hand, you think surely you’ve embedded the hook well into their mouths. But you haven’t. As a matter of fact, many times the trout have swatted at your bait with their mouths closed to stun it, or taste it, before they swoop around to hit it a second time. And like muskies, a lake trout will clamp its formidable jaws so tightly around your lure that you can’t budge it.

As a kid growing up, we always used 2- to 3-inch wide, foot long strips of 1/4-inch plywood with U-shaped notches cut in both ends for lake trout fishing in the winter time. Because they were exactly a foot long, it was easy to measure the depth of the water, or the zone you were jigging. If you wanted to go down 29-feet, for example, you unravelled 29 loops of line. And when you felt a lake trout hit, the hook set was instantaneous. I mean, talk about a heavy action rod with no “tip give.”

And here is the telling point: we almost never ever lost a trout back in those days. And then it became popular to ice fish with today’s modern glass and carbon fibre ice rods, and things changed. 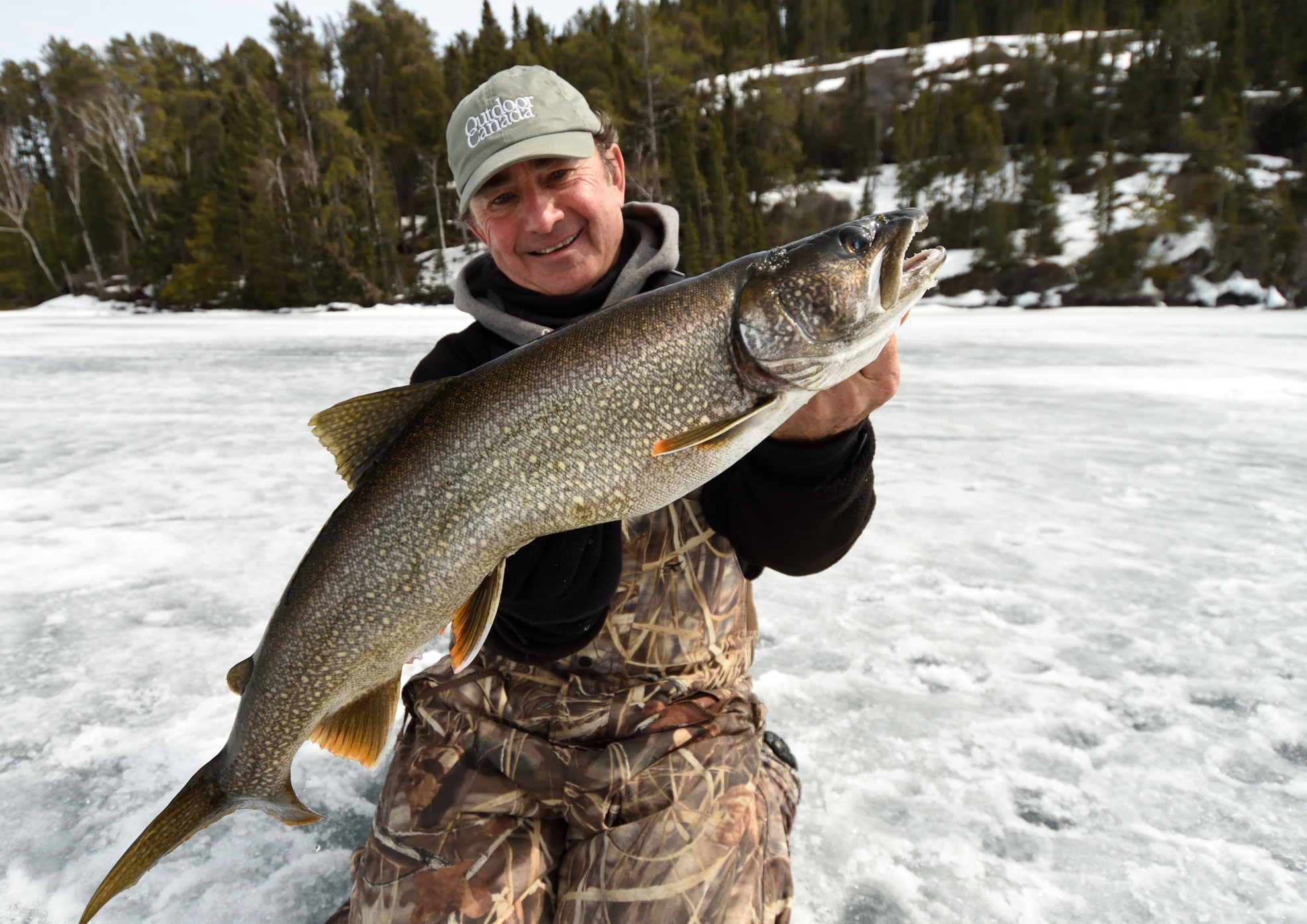 I was reminded of this recently, when I was talking with friend and Lake Simcoe ice fishing guru, Justin Girard. Justin recounted a time, several years ago, when he was ice-fishing with his father-in-law. Justin’s father-in-law was jigging with one of those old fashioned wooden ice sticks, and he was getting much better hook sets and landing more fish. It caused Justin to go back to the drawing board and select a much stiffer rod.

As always is the case, however, there is a price you will pay for using a heavier-action trout rod. For one, it won’t bend and cushion the head-shaking throbs for which lake trout are famous. Heavy-action sticks don’t always maintain the vital tight-line bend in your rod as well as medium-heavy and medium action rods. Heavy sticks also recover quickly—sometimes too quickly. By that I mean when a big trout shakes its head or races up toward the underside of the ice, the heavy rod tip snaps quickly back to its normal position, throwing slack into your line, allowing a poorly hooked trout time to escape.

A good example of this occurred last winter, when my grandson, Liam and I were ice fishing for yellow perch using light line and medium light action rods. The biggest lake trout I have ever seen come through a hole in the ice, struck Liam’s Snap Rap. He backed off the drag, kept his light rod bent into an exaggerated upside down U-shape and let the trout tire itself out for several minutes. When we finally got the fish’s head into the hole, I grabbed it behind the gills, slid it onto the ice, and the lure immediately fell out of its mouth. The light rod had prevented Liam from ever setting the hooks properly and it was only because he kept it bent in the shape of a pretzel, throughout the fight, that he was able to ice the trophy trout.

Finally, the last thing you need to consider is the length of your lake trout rod. A longer rod, say 38- to 40-inches plus, lets you buckle it over and constantly pressure the fish. But shorter 28- to 36-inch rods let you drive the hooks home with authority.

So, it’s a trout trade off, between finding the right rod that’s both stiff enough to let you set the hook with authority and yet, cushion the line so you can fight the fish well.

Align those priorities properly and you’ll not only hook, but land, nearly every lake trout that hits this winter.

Good fishing and see you out on the ice.