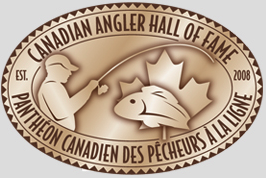 Big congratulations are in order for this year’s crop of new inductees into the Canadian Angler Hall of Fame: Pete Bowman, Wayne Izumi, Phil Morlock and Bob Paterson. Announced just yesterday, the four new Hall of Famers will be officially honoured February 17 during the annual fishing industry breakfast at the Spring Fishing and Boat Show.

Also announced yesterday were this year’s recipients of the Rick Amsbury Award of Excellence and the Conservation Award, each presented annually in conjunction with the Hall of Fame honours. This year, the awards go to Bob and Wayne Izumi of the Fishing Forever Foundation and the Atlantic Salmon Restoration Program, respectively. The Conservation Award will be presented the evening before the industry breakfast at the annual Conservation Gala. All ceremonies will take place in Hall 5 at the International Centre in Toronto.

Established in 2008, the Canadian Angler Hall of Fame inducts four individuals each year through the following four categories: Media, Angler, Advocate and Industry Leader. Here’s more on this year’s new members, with bios supplied by the Hall of Fame.

PETE BOWMAN: “Pete attributes the beginning of his ﬁshing success back to ﬁshing as a kid. His dad would plan a ﬁshing trip and Pete would always be included. Between those trips and his summer vacations (which always included ﬁshing) with his family to northern Ontario, Pete’s ﬁshing path was created. As a teenager he was consumed with the BassMasters® tournament events and pros. Pete bought his ﬁrst bass boat in his early twenties and jumped right into tournament ﬁshing. In the mid-80s he hooked up with The Fish’n Canada Television Show on a part time pro staff basis and is now proud to be a full-time part of the #1 viewed outdoor television program in the country.”

An avid angler, be it recreational, competitive or otherwise

WAYNE IZUMI: “Wayne Izumi was born in Toronto and grew up in Blenheim, Ontario. He won his first fishing competition, the Rondeau Bay Rod and Gun Club youth fishing derby, when he was nine years old and has been fishing competitively ever since. Wayne has hundreds of individual and team titles to his credit including back-to-back wins at the Canadian Open in 1992 and ’93 and winning the first Ontario Place Open in 2004. Wayne and his brother Bob produce Canada’s longest running fishing series, The Real Fishing Show, and developed Fishing Forever, a non-profit organization that has raised over $300,000 for fisheries related projects around Ontario.”

PHIL MORLOCK: “Phil Morlock is Director, Environmental Affairs for Shimano, he has North American responsibilities for Shimano corporate environmental stewardship programs in both the fishing and bike divisions, and represents the company in advocacy issues with federal, state and provincial governments and natural resource agencies in the U.S. and Canada. He served as Chair for the Environmental Stewardship team of Shimano companies worldwide, 2002 – 2004. Phil enjoys hunting, fishing, playing hockey and target shooting near his home at Algonquin Park, Ontario where he has lived since 1982 with his family where they own and operate a resort lodge.”

This award is presented annually to “an individual(s) judged by the angling community based on their outstanding performance put forth through the course of the year.” Recipients Bob and Wayne Izumi are being honoured this year for their work in establishing Fishing Forever. “Founded in 2000, Fishing Forever is a not-for-profit conservation organization that acts as a funding agency for worthwhile fishing, conservation and outdoor education projects,” states a Hall of Fame press release. “Funds, raised by anglers dedicated to the preservation of our fishing heritage, are invested to ensure sustainable fish populations for the future. Fishing Forever has raised nearly $500,000 for various fisheries projects throughout Ontario – from small-scale fish hatcheries and stocking programs to scientific studies and, most recently, the Lake Ontario Atlantic Salmon Restoration project. In 2003, Fishing Forever partnered with the Police Association of Ontario and Canadian Tire to develop the Kids, Cops and Canadian Tire Fishing Days program. With over 50 events per year, to date, over 10,000 young anglers have been able to experience the thrill of fishing.”

CONSERVATION PROJECT OF THE YEAR

The Conservation Award is presented to the outstanding conservation project of the year. Submissions are made by conservation clubs and voted upon by the Canadian Angler Hall of Fame Alumni. This year’s recipient is the Atlantic Salmon Restoration Program, which strives to reintroduce Atlantic salmon into the Lake Ontario watershed. The ambitious multi-year initiative represents a partnership of conservation organizations, corporations, communities, schools, governments and individuals. Among the chief players are the Ontario Federation of Anglers and Hunters, Ontario Power Generation and the Ontario provincial government.

For more on the Canadian Angler Hall of Fame, click here.