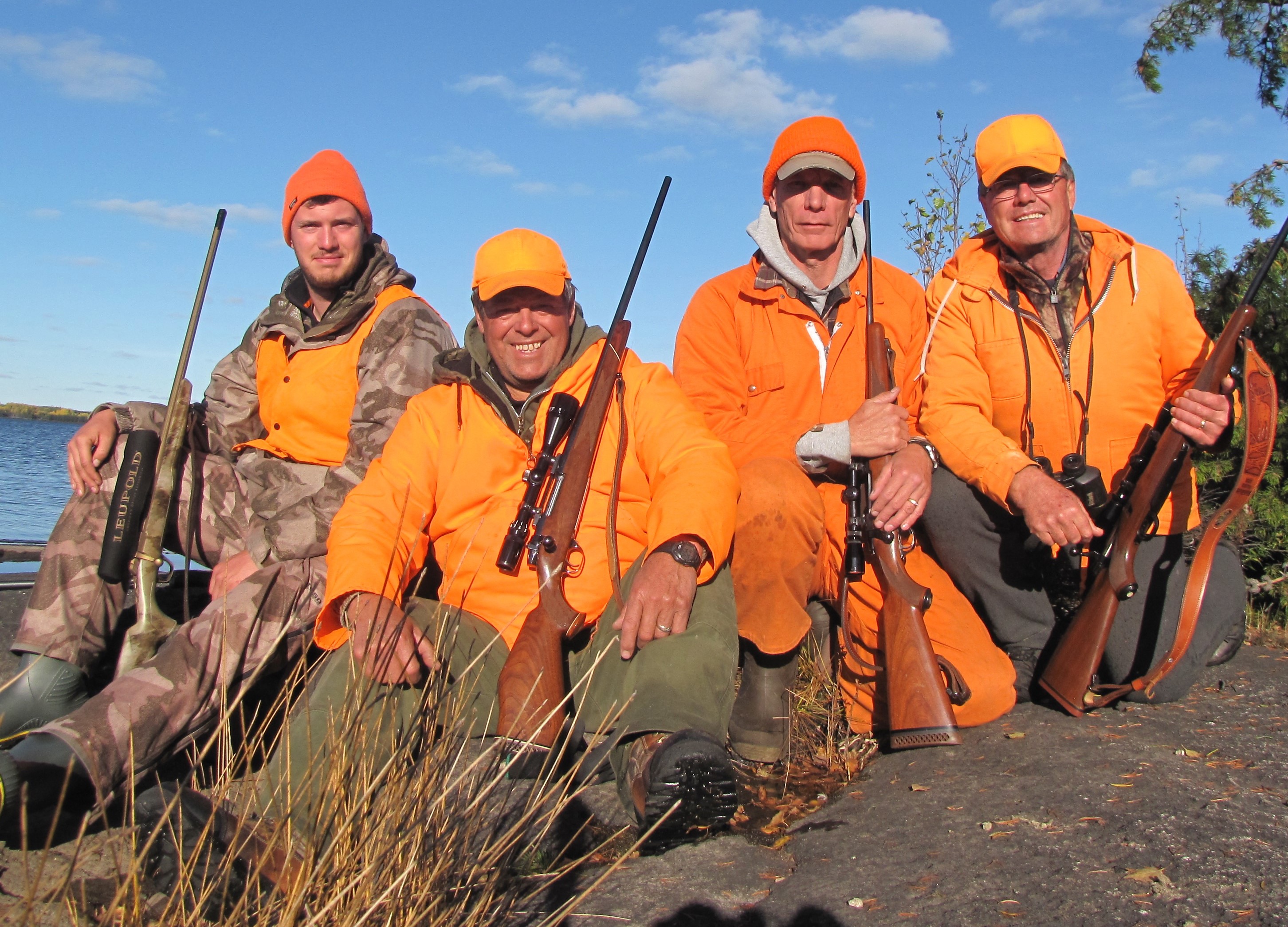 After 7 years, I finally got my first moose. I owe it all to my mentors

How one hunter overcame his doubts and found success afield

I will never forget September 30, 2017: it was the day my seven-year moose-hunting drought came to an end. It was also the day I learned why you should never give up, and why it’s so important to mentor others in the ways of the outdoors. If you’re a successful, experienced hunter reading this, I encourage you to pay it forward—someone like me will be forever grateful. Let me explain.

In the months leading up to last fall’s moose hunt, I debated not taking part. After going seven consecutive seasons without harvesting a moose, I had begun to think it would never happen. Feeling discouraged and without any plans to hunt the September rut, I was surprised when I got a phone call from my good friend and co-worker Doug Leroux. He asked if I would be interested in joining him and two other experienced moose hunters, Gene Collins and Bob Bird, on a fly-in hunting trip to northeastern Manitoba.

Gene is the longest-running member of the group, and he’s been returning to the same fly-in camp for 20 years. I had heard stories of the great times they shared, as well as their impressive moose-harvest record. I quickly jumped at the opportunity, having never hunted a remote fly-in lake before in my short moose-hunting career. I was also very excited to learn from a group of hunters with more than 80 years of moose-hunting experience among them.

We met as a group for the first time two weeks before our September 25 departure date. At the meeting, we made our final plans and assigned packing lists to each of us. I was very impressed with the incredible attention to detail that went into every aspect of the trip’s itinerary. Finally, the big day came and we departed from Bissett, Manitoba, at 10 a.m.

Upon arriving at camp, it finally sunk in what an incredible opportunity I had been given, and I felt my confidence instantly rise as I stepped off the plane. Camp was set up flawlessly, as though it was second nature to Doug, Gene and Bob, and I knew then that I was going to learn a lot from my new mentors.

As the days at camp passed, however, my former pessimism began to slowly return; outboard trouble and heavy winds had kept us from seeing any moose, and it seemed as though Doug and I were experiencing bad luck at every turn. The three older hunters sensed my frustration and assured me that things were going to turn around, and that I mustn’t give up so easily.

On the morning of the 30th, Doug and I were dropped off at a site the group called “Sniper Hill,” a location where only one bull had been harvested, and that was 10 years earlier. Little did I know it was the spot where my drought would end. The morning was very windy, with little chance of Doug’s calls carrying past the treeline at the edge of the meadow, so we waited until 10:30 a.m. before deciding to head back to camp.

As I packed up my gear, however, I heard a loud crashing in the trees and turned to see a cow running across the meadow with a beautiful bull hot on her trail. Doug quickly calmed me down and coached me while we waited for the perfect shot. When the time came, I squeezed the trigger and dropped the bull in his tracks. I was ecstatic!

I cannot thank Gene, Bob and, most importantly, Doug enough for everything they taught me about moose hunting over the 10-day trip. My success would not have been possible without their clear guidance, support and encouragement. The most important lesson they taught me was to be patient and to never give up, even if the odds always seem to be against you. I would encourage any young hunter to seek out experienced mentors like these three men.

Mentors can be guides, family members or friends—anyone who can share information and pass along valuable tips and tricks. I can’t stress enough that having good mentors can drastically improve your chances of success, and reinvigorate your interest in hunting. Here’s hoping I can return the favour one day.

At the time of this writing, guest opinion columnist Colin Kovachik was planning his next moose hunt.